A picture of a mass gathering has gone viral all over social media. It is being claimed that people in West Bengal came out in support of the farmers’ during the ongoing protests.

On putting the picture through Google Reverse Image Search, we found the same picture on 9GAG dated December 11, 2019, which clearly means that the picture is old.

The picture title read, “Kolkata Dec 11, 2019 Rally of labours, organised by Communist Party of India (Marxist) against the policies of Central Government of India. Due to the faulty policies, the price of onion is ₹150 per kg and also the price of chicken is ₹150.” 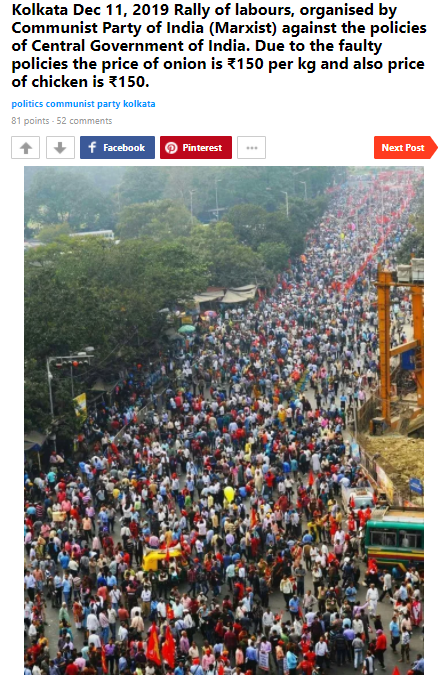 Moreover, we also found the same picture in a PDF claiming that the picture is from a section, which was part of a long march from Chittaranjan to Kolkata in West Bengal. 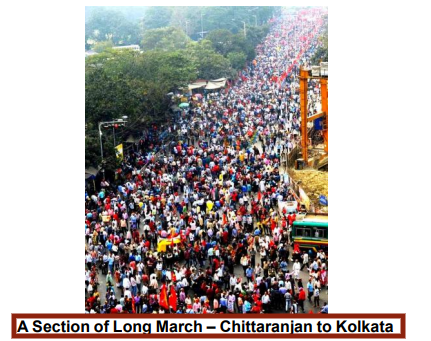 On digging further, we also found the same picture in a Tweet by CPI(M) dated December 11, 2019, claiming that the picture is from a public meeting at Rani Rashmani Road which was organised to mark the culmination of 12 days Workers’ Long March against privatization, anti-workers policies, divisive agenda of NRC, CAB and rampant retrenchment of labour.

Other Bengali media organizations like Satdin.in also posted the same picture on December 12, 2019.

Hence, with the help of the above information, it is clear that an old 2019 picture of a protest is falsely being linked to the ongoing farmers’ protest.