The overall number of global coronavirus cases has topped 73.7 million, while the deaths have surged to more than 1.70 million, according to the Johns Hopkins University. 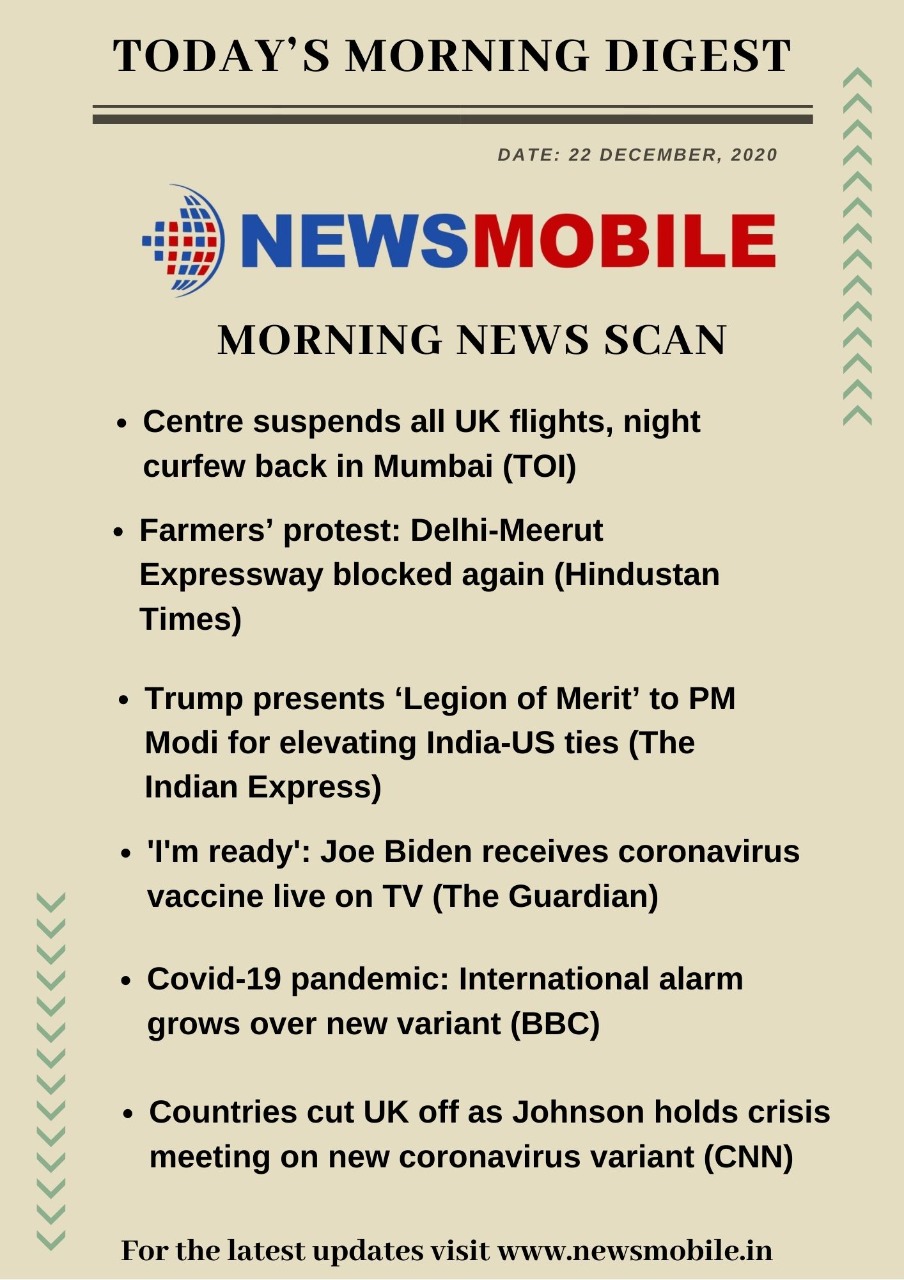 Here are the top 10 developments this morning:

1. In its latest update on Tuesday morning, the University’s Center for Systems Science and Engineering (CSSE) revealed that the current global caseload and death toll stood at 77,335,442 and 1,701,656, respectively.

4. The number of confirmed Covid-19 cases in the African continent reached 25,08,815 as of Monday as the death toll due to the pandemic climbed to 59,099, the Africa Centers for Disease Control and Prevention (Africa CDC) said.

5. Another 33,364 people in Britain have tested positive for Covid-19, bringing the total number of coronavirus cases in the country to 20,73,511, according to official figures released on Monday.

The coronavirus-related deaths in Britain rose by 215 to 67,616, the data showed.

6. The figures were revealed as British Prime Minister Boris Johnson is expected to hold a virtual news conference at Downing Street later Monday after an emergency COBRA meeting, the Xinhua news agency reported.

7. Many other countries, from India, to Iran, to Canada have banned UK arrivals.

8. The US is yet to follow suit, but two airlines – British Airways and Delta – will only allow passengers who test negative for the coronavirus to fly to New York’s John F Kennedy airport.

9. Saudi Arabia, Kuwait and Oman have shut their borders completely to international passengers.

10. Along with Denmark, the new strain has also been detected in Australia, Italy and the Netherlands.