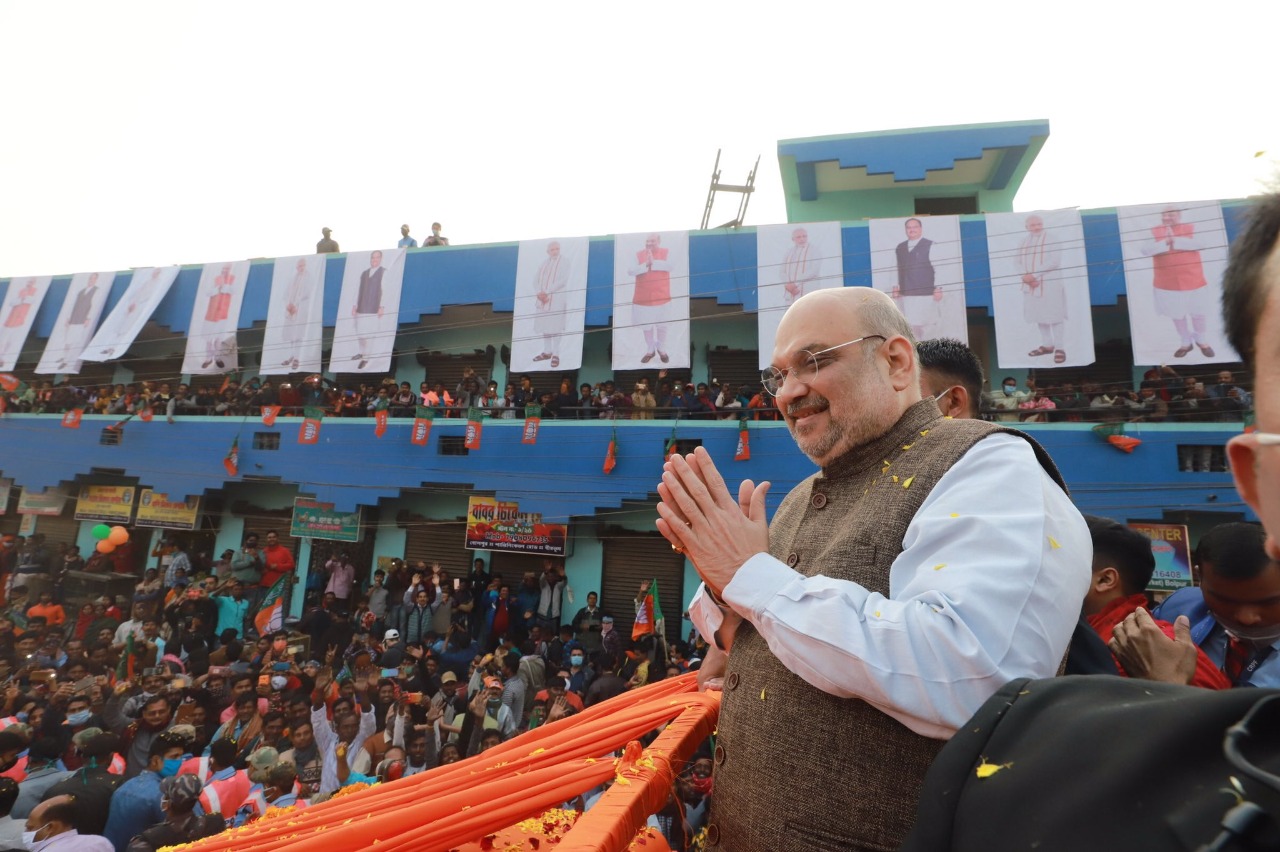 The contentious Citizenship (Amendment) Act (CAA) which had led to massive protests in different parts of the country starting from Shaheen Bagh earlier this year is back on the Centre’s radar.

Home Minister Amit Shah has reiterated that the government would start implementing CAA once the vaccination against COVID-19 begins.

Addressing a press conference during his West Bengal tour, which saw a record number of defections from the Trinamool Congress camp, Shah said, “The Rules of CAA are yet to be framed, and such a big exercise cannot proceed in the middle of the pandemic. Isliye jab tika lagne ki shuruwat ho jayegi aur corona ki cycle bhi thik ho jayegi, iss par hum zaroor vichar karenge. Aur jab karenge aapko suchi di jayegi. (Therefore, we will definitely consider this once we begin to administer the vaccine and the corona cycle ends. You will be informed when that happens.)”

Lashing out at Mamata Banerjee-led TMC govt, Shah said, “The TMC can never stop infiltration as it believes in the politics of appeasement. Only BJP can stop it.”

Incidentally BJP leader Kailash Vijayvargiya had said a few days back that there will be no NRC in West Bengal on the lines of what was carried out in Assam but CAA would be rolled out in the state.

Mamata on her part has been vehemently opposed to CAA and has time and again repeated that she will not allow CAA to be implemented in West Bengal.

The Citizenship (Amendment) Act, 2019 seeks to grant citizenship for persecuted minority groups in Pakistan, Bangladesh and Afghanistan. The six minority groups that have been identified are Hindus, Jains, Sikhs, Buddhists, Christians and Parsis. The Act however doesn’t have provision for Muslims like Shias and Ahmedis who also face persecution in Pakistan.