Home NM FACT CHECKER Fact Check: Is This Glass Bridge In Bihar? Here Is The Truth 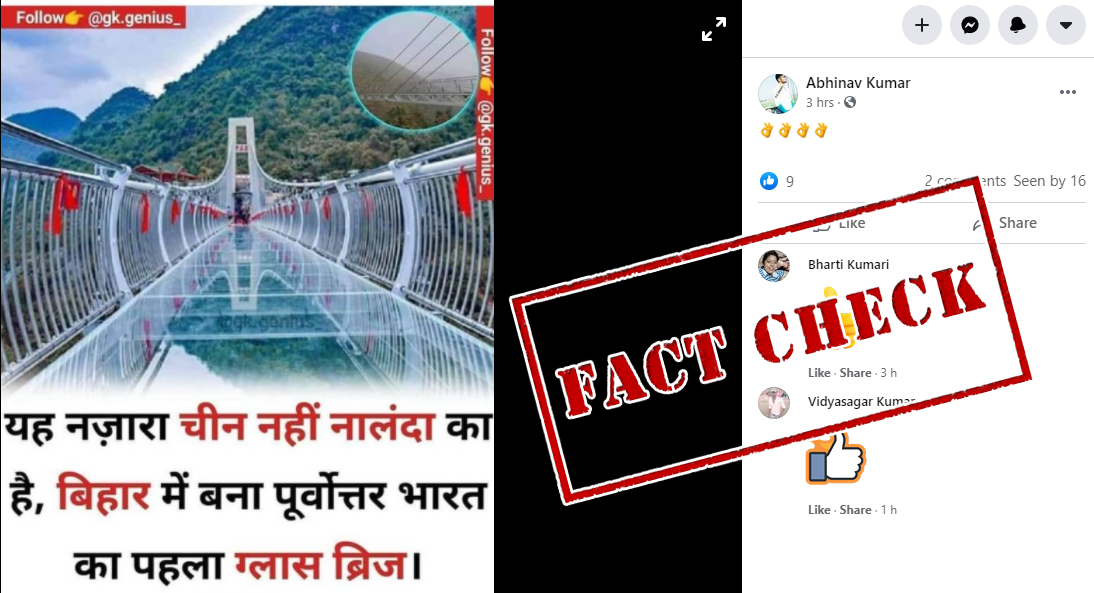 A picture of a beautiful glass bridge is being shared on social media with a claim that the picture is of a newly constructed glass bridge built in Nalanda in Bihar, India.

(Translation: This view is of Nalanda, not China. Northeast India’s first glass bridge built in Bihar.) 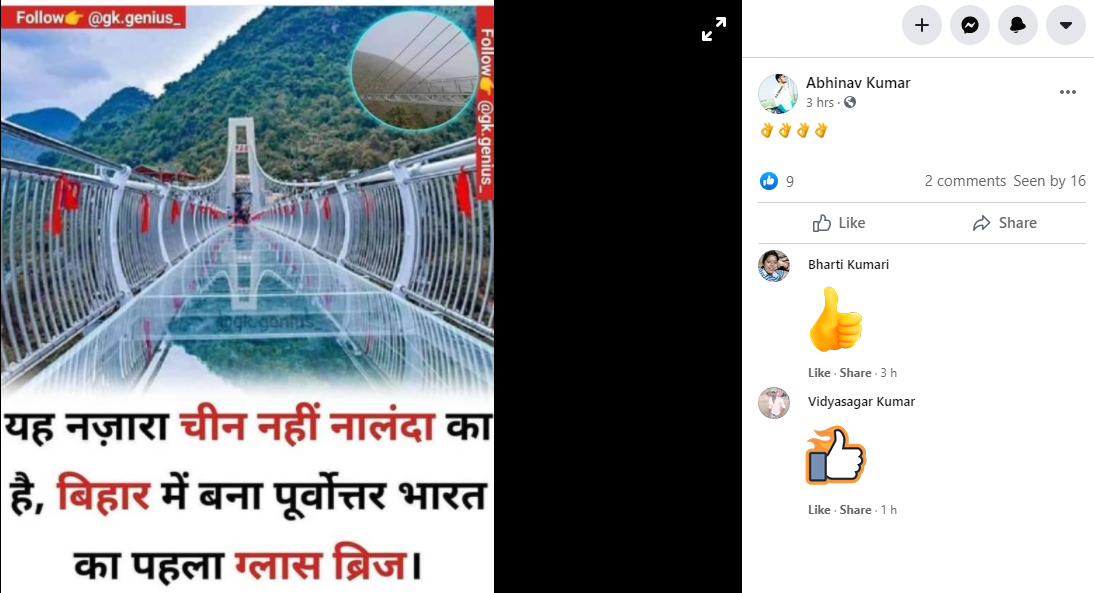 When we put the picture through Reverse Image Search, we found an article from 2019 featuring the same picture. 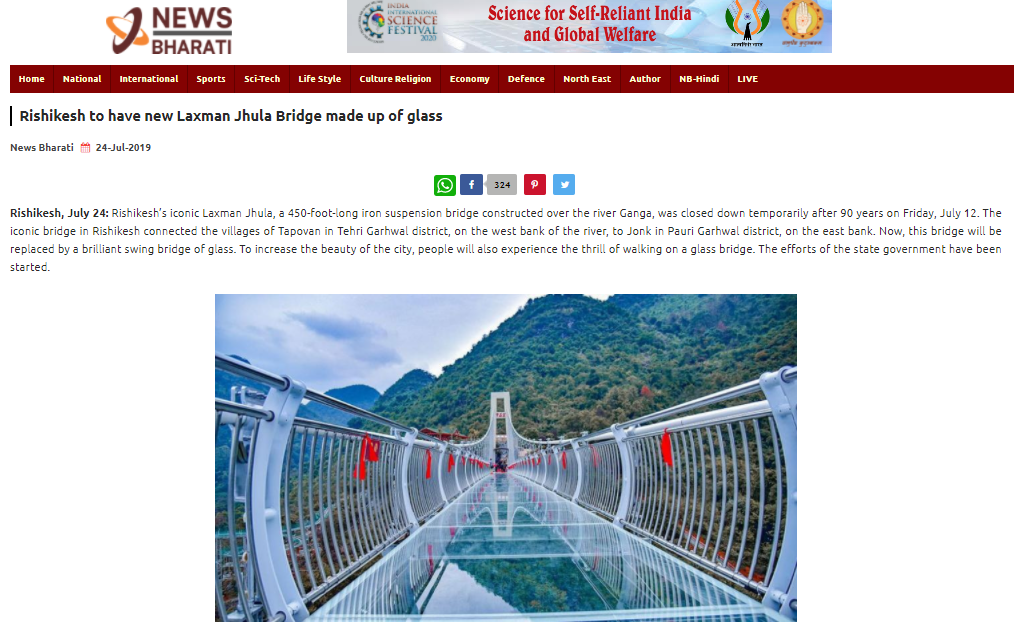 However, the article stated that Rishikesh will have a new Laxman Jhula Bridge, which will be made of glass. Based on the contents of the article, the picture was meant to be used as a representative image, however, this was not specified within the article.

Since the article was published in 2019, it proves that the picture is old. So, we ran another search and found the same picture in an article by a Chinese media outlet CGTN.

The headline of the article published in January 2019 read, “Glass bridge opens to visitors in south China’s Guangdong.” 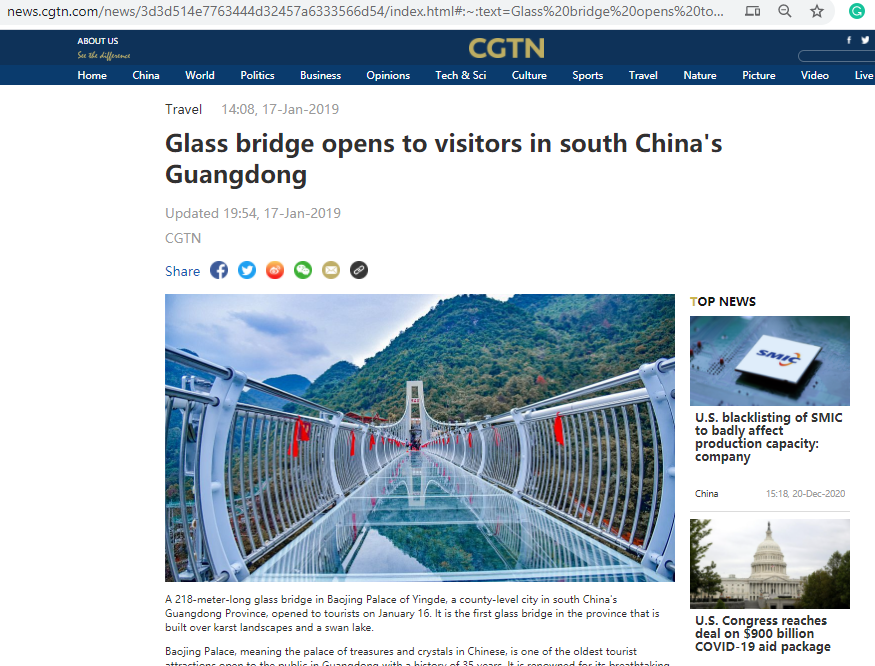 According to the article, the picture is of the 218-meter-long glass bridge in Baojing Palace of Yingde, a county-level city in south China’s Guangdong Province, which was opened to tourists on January 16, 2019. The article also featured several more pictures from the same location.

This proves that the picture in circulation is from China.

We then proceeded to verify the claim that a grass bridge has been constructed in Bihar and found it to be true.

According to various media reports, a glass bridge has been built in Rajgir, an international tourist destination in Nalanda district of Bihar.  The article featuring the picture of the newly constructed bridge can be seen here, here and here. 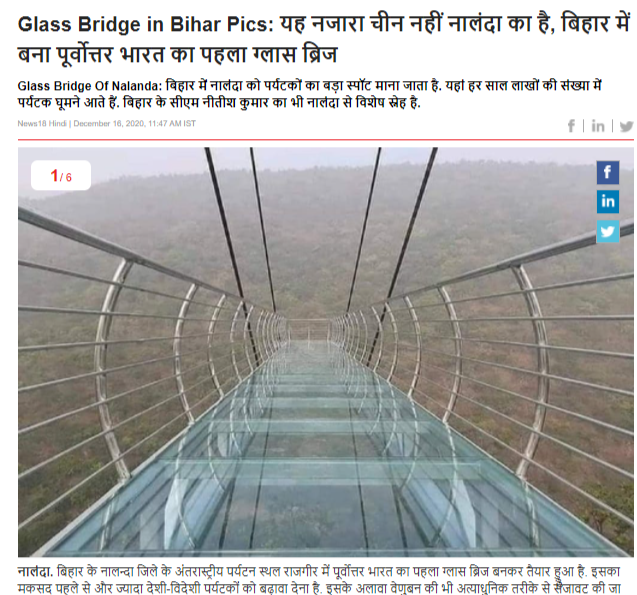 On the first look, the two pictures look similar, but we compared them and found that both are evidently different.

This proves that the post in circulation is misleading as the picture being shared is from China and NOT Bihar.