Fact Check: No, This Supermarket In Bangalore Is NOT Run By Farmers; Here’s The Truth | Newsmobile
Sunday, June 26, 2022

Home NM FACT CHECKER Fact Check: No, This Supermarket In Bangalore Is NOT Run By Farmers;...
ShareTweetGoogleWhatsappPrint
Mail

(Translation: “The farmers of Bengaluru have prepared their own supermarket. We should also learn something from these farmers.”) 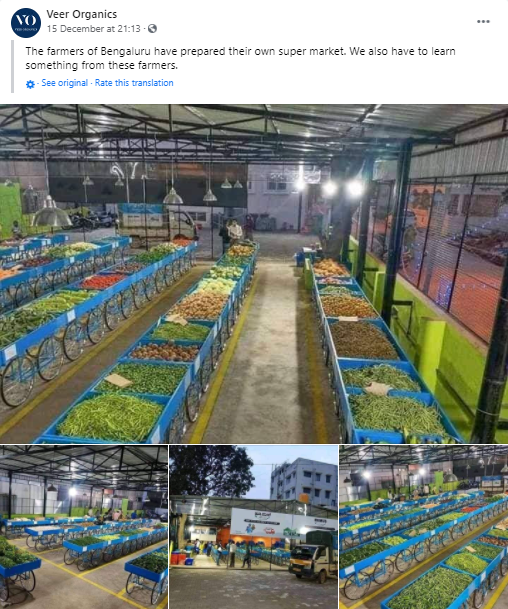 On putting the picture through Google Reverse Image Search, we found the same picture in a news article on IndianWeb2 dated December 2, 2020, stating that ‘Venture Catalysts, India’s first and largest integrated incubator and accelerator, 9Unicorns Accelerator Fund and WFC (We founder’s Circle) led an undisclosed investment in Humus, an Agri-tech start-up solving the complex supply chain issues in the Indian agricultural sector’. 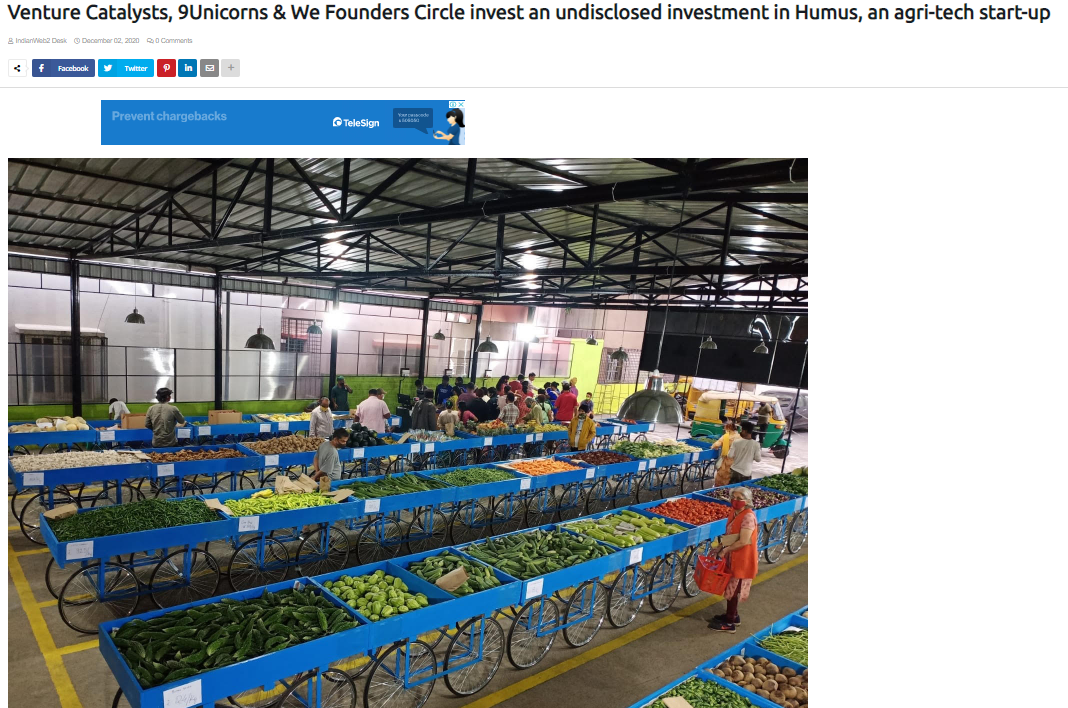 On digging further, we found the official website of Humus. We found that Humus is an initiative aimed at solving the Indian agricultural supply chain issue by using technology. It aims to minimize complications by eliminating middlemen, who have been thriving on these complications. 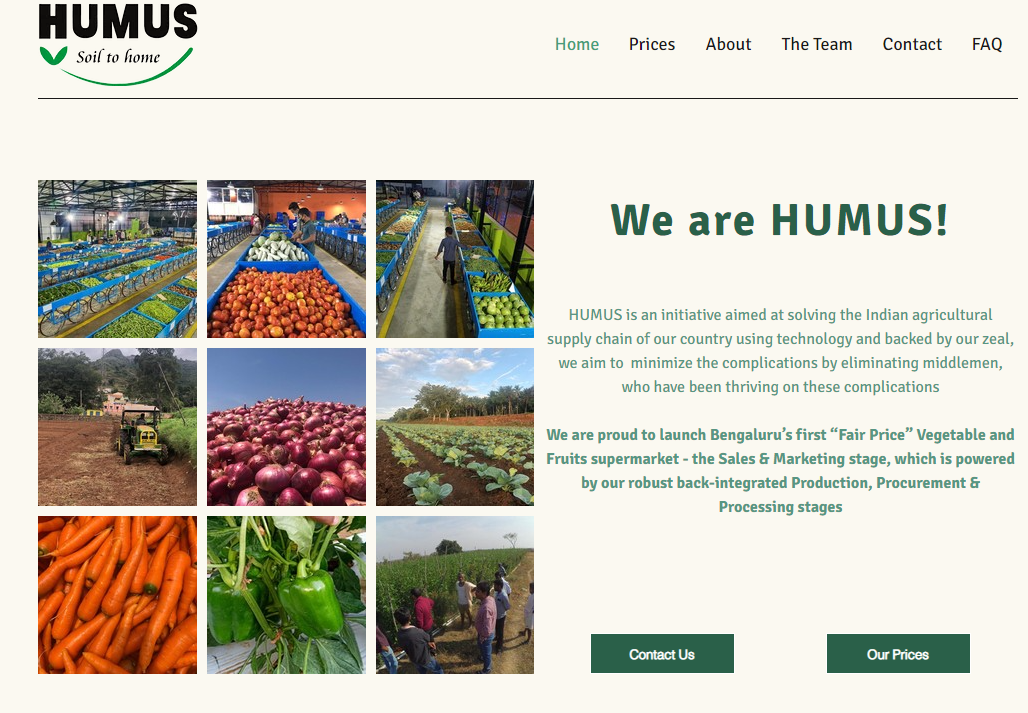 According to ‘Our Team’ section from the website, we found that they are a group of like-minded entrepreneurs, agriculturists, tech experts, product managers and budding students. 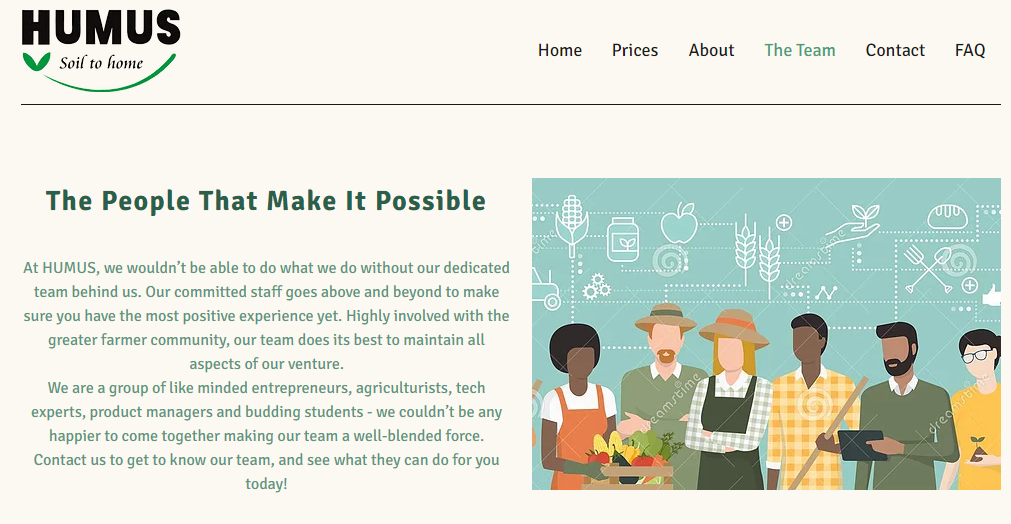 NewsMobile also reached out to Humus where a company representative confirmed that it is not a market owned by farmers and all the social media claims are false.

Hence, we can say that the supermarket is not owned by farmers. Don’t fall for false and misleading claims.