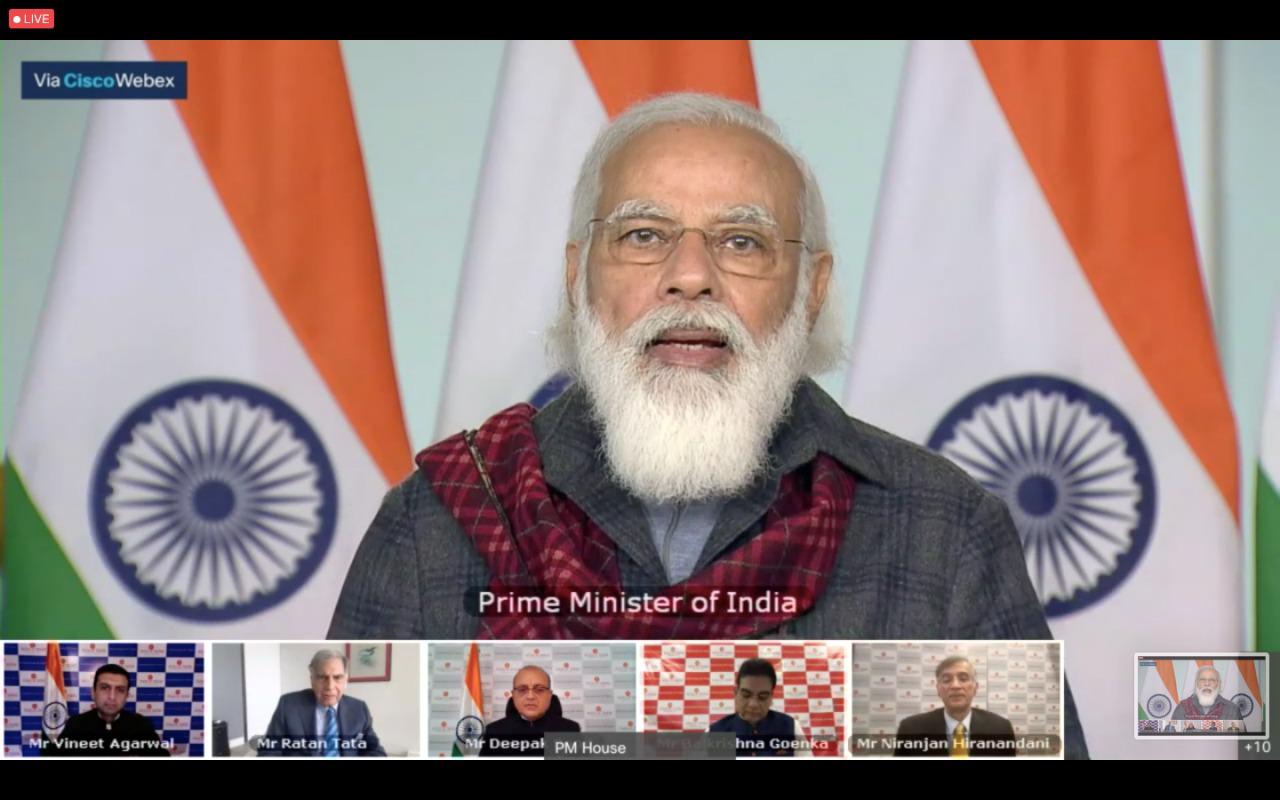 Prime Minister Narendra Modi on Saturday said that the global narrative towards India has changed with new reforms and the country’s industrial sector must play a major role in the Industrial Revolution that is taking place in the world.

“With new reforms, ease of doing business, ease in labour laws compliance and innovations, the past’s rhetoric of “Why India?” has turned to “Why not India?” said PM Modi while delivering the keynote address at ASSOCHAM Foundation Week 2020 today.

“For the past 100 years, all of you have been involved in improving the economy of the country and the lives of crores of Indians. The coming 27 years will not only determine India’s global role, but it will test both dreams and dedication of Indians. This is the time to show your capability, commitment and courage as Indian Industry to the world,” said PM Modi while speaking about ASSOCHAM and the Tata Group.

“In coming years, for Atmanirbhar Bharat, all of you should exert all possible force that can be mustered. The world is heading towards another Industrial Revolution. So from today we must plan and act on achieving our nation-building targets,” he added.

The world has confidence in the Indian economy. During the coronavirus pandemic when the world is distraught over channelling investments, we have received a record amount of FDI, the Prime Minister said.

“We have to increase our domestic investments in order to sustain this confidence,” he added.

So today is the time when we have to plan and act. We have to connect every year, every goal with one larger goal of nation-building, the Prime Minister stated.

“There was a time when there were circumstances due to which it was being questioned Why India. Now the effect of the reforms that have taken place in the country, after that, it is being said- Why not India,” said PM Modi.

“New India, by relying on its strength, relying on its own resources, is pushing forward a self-sufficient India and we have a special focus on manufacturing to achieve this goal. We are continuously bringing reforms to promote manufacturing,” he added.

The country is today with the enterprises and wealth creators giving opportunities to millions of youth, the Prime Minister stated.

“In the beginning of the 21st century, Atalji aimed to connect India with the highways. Today, there is a special focus on Physical and Digital Infrastructure in the country,” the Prime Minister said.

Present during the event, Ratan Tata, Chairman Tata Trusts’, who received ‘ASSOCHAM Enterprise of the Century Award’ said, “In all the years that I have been in business, I have valued what our Prime Minister has been wanting to do. He has led the country through the pandemic for which we should be obliged.”