A post is being shared on social media claiming that Sardar Vallabhbhai Patel Airport in Ahmedabad has been renamed as Adani Airport.

(Translation: Ahmedabad airport has been renamed from Sardar Vallabhbhai Patel to Adani Airport) 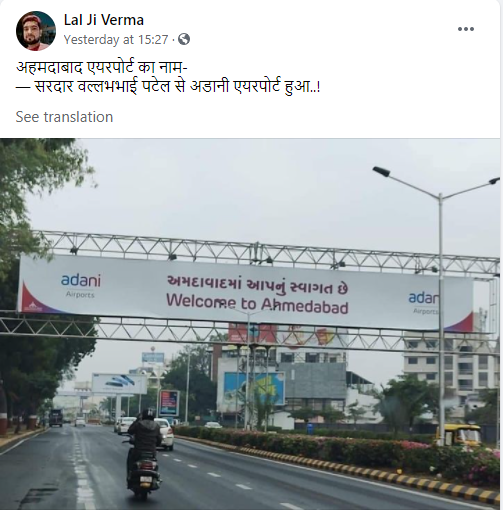 We started our search by checking the official website of the Airport Authority of India (AAI) and found that the name mentioned on the official site is still ‘Sardar Vallabhbhai Patel International Airport’.

We then ran a keyword search and found that a tweet by AAI dated November 7, 2020, stated that the operations of Ahmedabad Airport were being handed over to the Adani Group.

We also found multiple articles dated November 7, stating that the Adani Group has taken over Ahmedabad Airport operations. The reports also mentioned that operations, management and development of the airport will now be handled by the Adani Group for a period of 50 years. 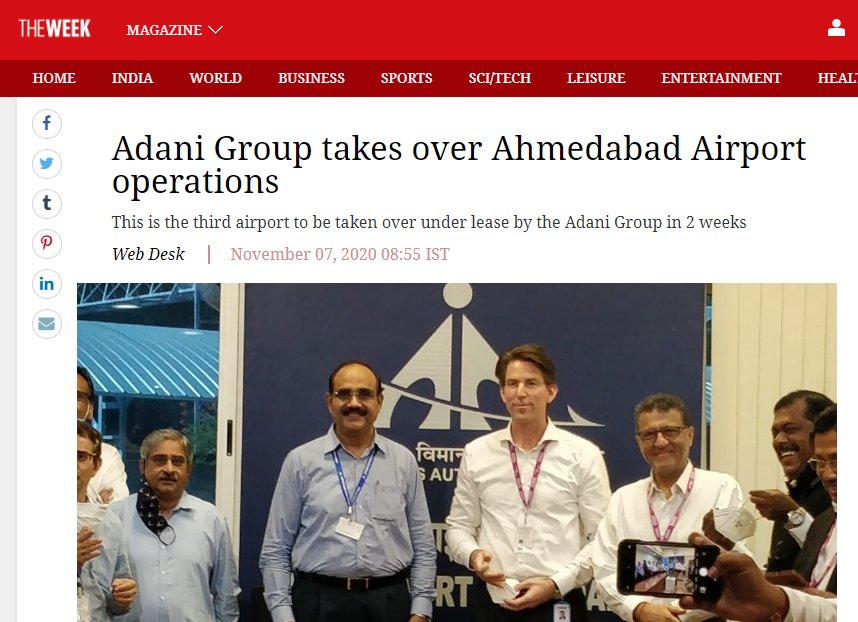 Moreover, we also found that Adani Group took over operations of Mangalore Airport on October 30 and Lucknow Airport on November 2. The reports can be seen here and here.

We also checked the official website of the Adani group and found that they have six airports under them.

PIB Gujrat also called out the misleading post and said that the name of the airport is also mentioned on the other side of the billboard in the viral picture.

Hence, from the above fact check, it is clear that the post in circulation is false and misleading.