Home Coronavirus Europe Lockdown, Here’s What To Expect This Christmas 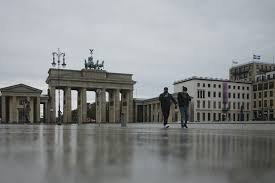 Christmas in 2020 will be very different from previous years as European countries have tightened restrictions to curb the second wave of the COVID-19 pandemic. Don’t expect to shop at malls for loved ones with the rush of holiday sales to get the best deals. Restrictions across several countries include night time curfews to strict restrictions, although there is a likelihood of some leeway on Christmas.

Here is a countrywise look at lockdown protocols:

Non-essential shops are not functioning from December 16th till January 10th with schools being shut and Christmas gatherings will be reduced from 10 people to only five from two different households. Germany surpassed the coronavirus records of 30,000 new infections and almost 600 deaths within 24 hours last week. The move will result in an economic slowdown of the fourth largest economy in the world. However due to the country’s support measures, a recession can be averted.

A sharp increase in hospital admissions in London has resulted in Londoners unable to socialize outdoors or even inside the social bubble indoors. As the number of cases rise, London’s mayor is asking the government to shut schools for the holidays earlier than planned. The good news is, the British government plans to relax restrictions five days around Christmas. The bad news is, people will be unable to celebrate New year’s eve in a big way as restrictions are not likely to be relaxed.

Though the national lockdown has been lifted, the French government issued a curfew from 8:00pm to 6:00am though restrictions will be lifted around Christmas but not New Year’s eve. Though the number of coronavirus cases have gone down in recent weeks, the cases are still too high for the country to deal with amidst the holiday season. Theatres, Cinema halls bars and restaurants will remain shut.

The daily death toll of 500 cases a further tightening of restrictions around Christmas which are likely to continue until New Year’s eve. However, a strict lockdown like Germany has been ruled out.

Due to a rebound in number of COVID-19 cases, health officials have warned of a delicate situation in the days to come which has prompted the Spanish government to impose a set of rules between December 23rd and January 6th. People will be allowed to travel to meet family and friends only keeping with the spirit of Christmas, though the number of people meeting together in social gathering is restricted to 10.

The country goes in for a five week lockdown with a strict set of measures imposed since the beginning of the pandemic. Non-essential shops, cinemas, hairdressers and gyms and schools will remain closed. The government has prevented people from booking non-essential travel tickets till mid-March. However, Christmas will see an easing of restrictions with three people being allowed in every household.

Except for essential shops remaining open, schools, museums, gyms and hairdressers will remain shut as Belgium Prime Minister Alexander De Croo has warned of border measures being taken if people cross over from Netherlands for Christmas shopping. Closing of borders is ruled out as that requires getting into consultation with other countries. Also free movement of goods and peope is permitted within the European Union.