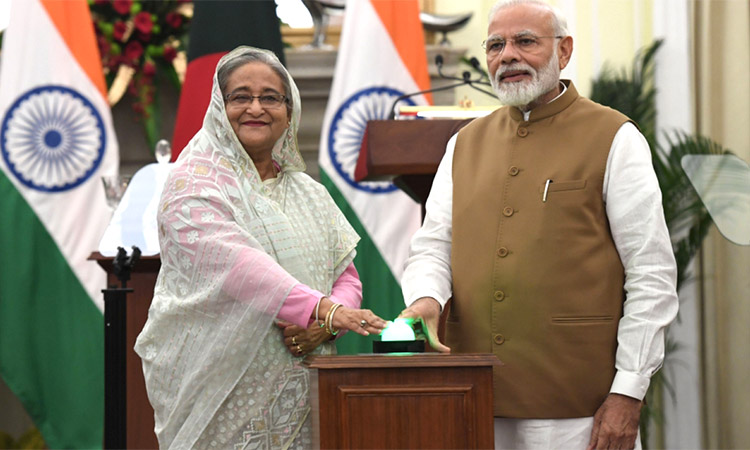 Bangladesh Prime Minister Sheikh Hasina, in conversation with Prime Minister Narendra Modi during the virtual summit on Thursday, said that India is the country’s true friend for its support during 1971 Bangladesh liberation war.

“I pay deep homage to the 3 million martyrs who laid their lives. I pay tribute to the members of the Indian armed forces martyred in the 1971 war. I pay my gratitude to the government and people of India who extended wholehearted support for the cause of our liberation. “Today is a very special day for me. Today was the day, my mother, my sister, brother — we were all incarcerated. Col Ashok Tara, on the morning of December 17, freed us from the hands of the Pakistani forces… India is our true friend,” she added.

“Bangladesh is a significant pillar of our ‘Neighbourhood First’ policy. To strengthen and deepen our relations with Bangladesh has been a priority for me since the first day. It is true that because of the pandemic, this year has been challenging but in these challenging times, the relations between the two countries, have seen immense cooperation,” PM Modi said at the virtual summit.

Sheikh Hasina further congratulated the Prime Minister for his handling of the pandemic as India’s recovery rate has improved to 95.31 per cent, as of today (Ministry of Health).

“I must commend you for the manner in which your government has countered COVID-19 in one of the world’s most populated zones. Apart from the healthcare packages, the economic packages under the initiative of Aatmanirbhar Bharat is admirable,” she added.

Hasina stated that India would play an even more important role in the global economy. “I believe both our countries can move up the global and regional chains by integrating our economies, taking advantage of available synergies. Our ongoing initiatives are catalysts in this regard. Our relations have embarked on a landmark moment,’ she added.

“Bangladesh is on the verge of celebrating 50 years as an independent nation. Bangladesh and India are also stepping into the 50th year of establishment of diplomatic relations. Your (PM Modi) visit to Dhaka on March 26, 2021, will be the crowning glory of our joint commemoration of Bangladesh’s Liberation War 1971,” she said.

Bangladesh is commemorating the year 2020 as Mujib Borsho – the birth centenary of the father of the nation of Bangladesh – Sheikh Mujibur Rahman popularly known as Bangabandhu.

ALSO READ: Vijay Diwas: Everything You Need To Know