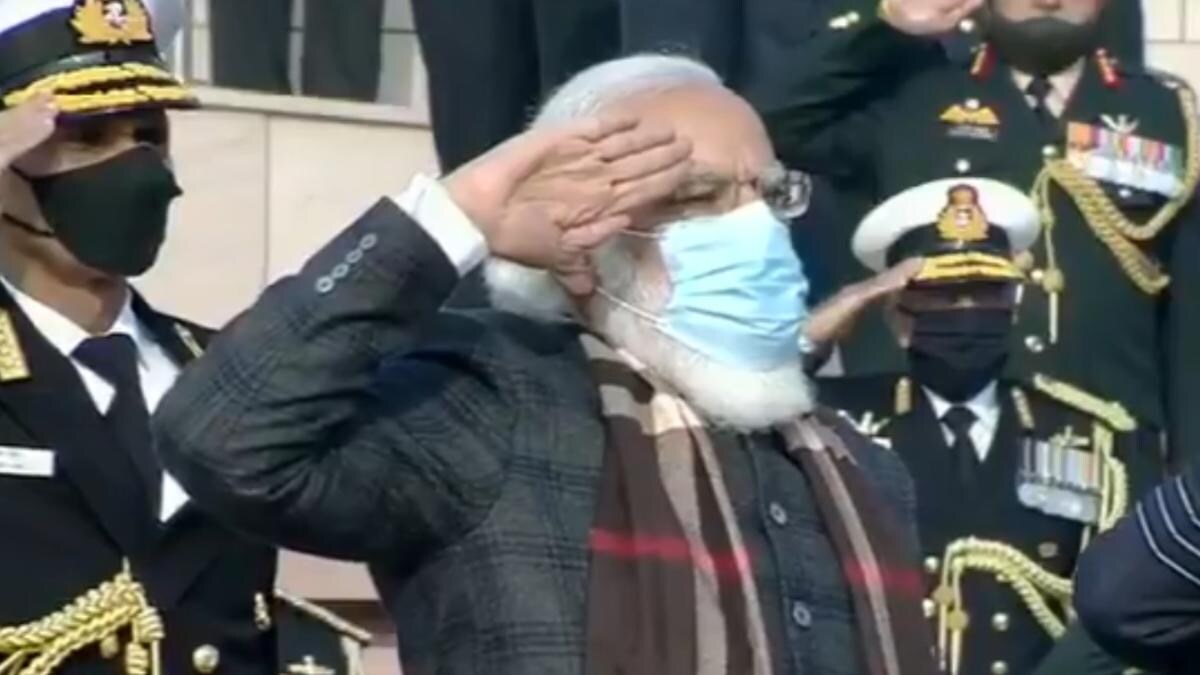 Prime Minister Narendra Modi lit the ‘Swarnim Vijay Mashaal’ at the National War Memorial on Wednesday to mark the 50th-anniversary of the 1971 India-Pakistan war.

PM Modi paid tributes to the fallen soldiers at National War Memorial. He was received by Union Defence Minister Rajnath Singh at the venue. On this occasion, the Defence Minister unveiled the logo for ‘Swarnim Vijay Varsh.’ 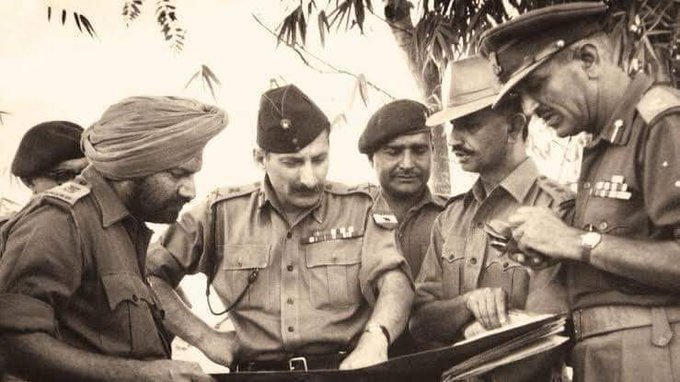 Four ‘Victory Mashaals’ (flames) lit from the Eternal Flame of National War Memorial will be carried to various parts of the country including to villages of Param Vir Chakra and Maha Vir Chakra awardees of 1971 war.

In an official release on Tuesday, the Ministry said, “In December 1971, the Indian Armed Forces secured a decisive and historic Victory over Pakistan Army, which led to the creation of a Nation – Bangladesh and also resulted in the largest Military Surrender after the World War – II. From 16 December, the Nation will be celebrating 50 Years of India-Pak War, also called ‘Swarnim Vijay Varsh’. Various commemorative events are planned across the Nation.”

Vijay Diwas is celebrated every year on December 16 to mark India’s triumph in liberating Bangladesh from Pakistan in 1971.

In one of the fastest and shortest campaigns of military history, a new nation was born as a result of the swift campaign undertaken by the Indian Army.

After facing defeat in the 1971 war, the then Army Chief of Pakistan General Amir Abdullah Khan Niazi, along with his 93,000 troops, surrendered to allied forces which also comprised of Indian Army personnel.