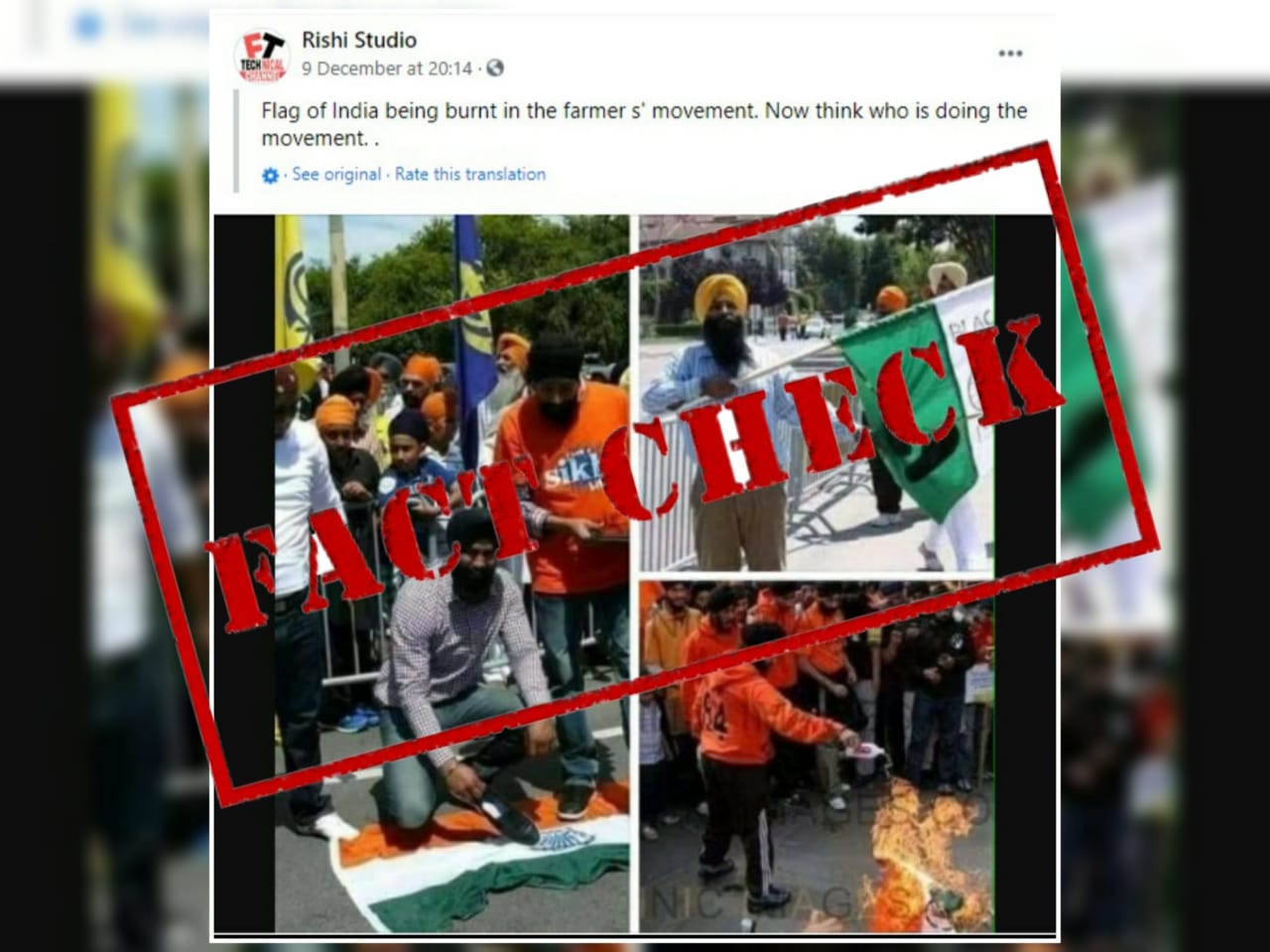 A picture collage of protests is being circulated on social media claiming that the Indian flag is being disrespected and set ablaze by farmers’ in the ongoing protest. 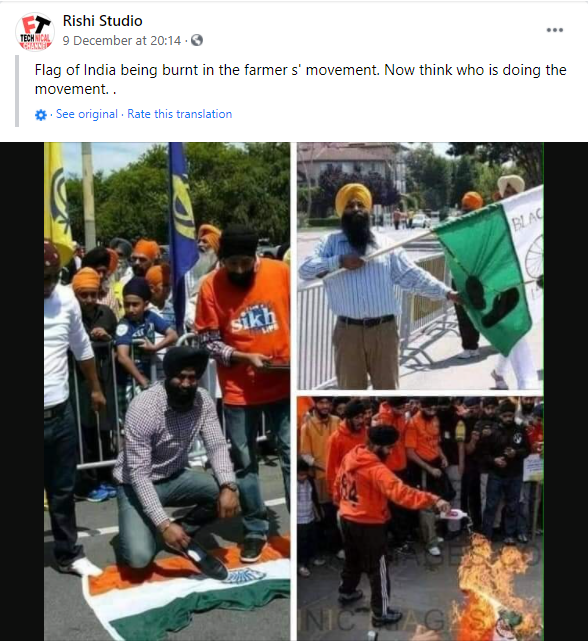 On cropping and running the picture through Google reverse Image Search, we found the same picture in a news article on Islamic Dawah Forum dated May 25, 2015. 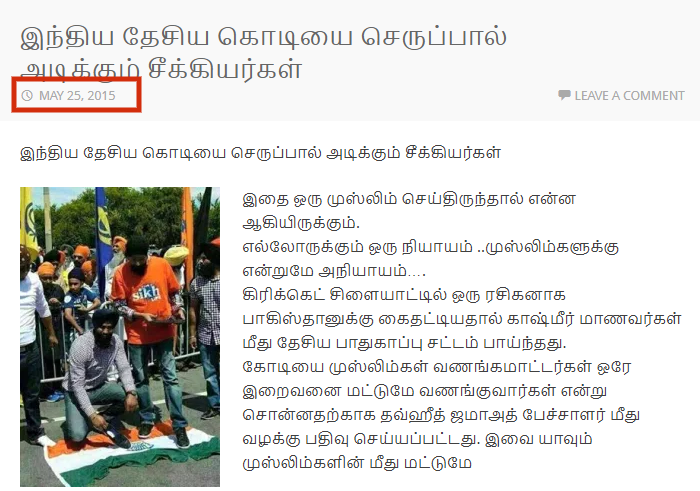 Moreover, we also found the same picture on another blog page dated December 13, 2013, which clearly means that the picture is old and not of recent ongoing farmers’ protest. 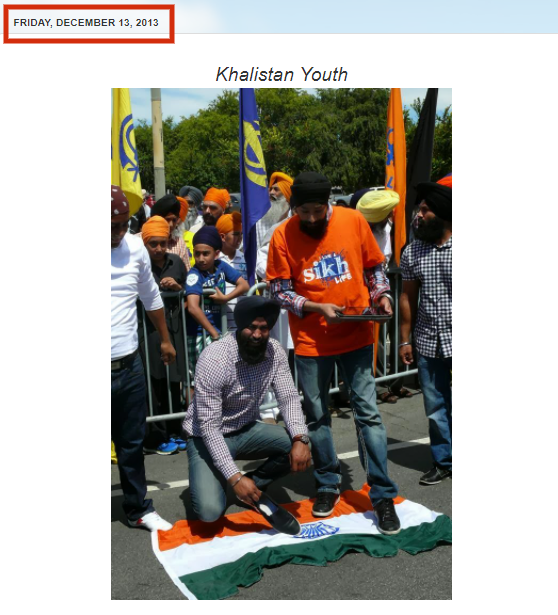 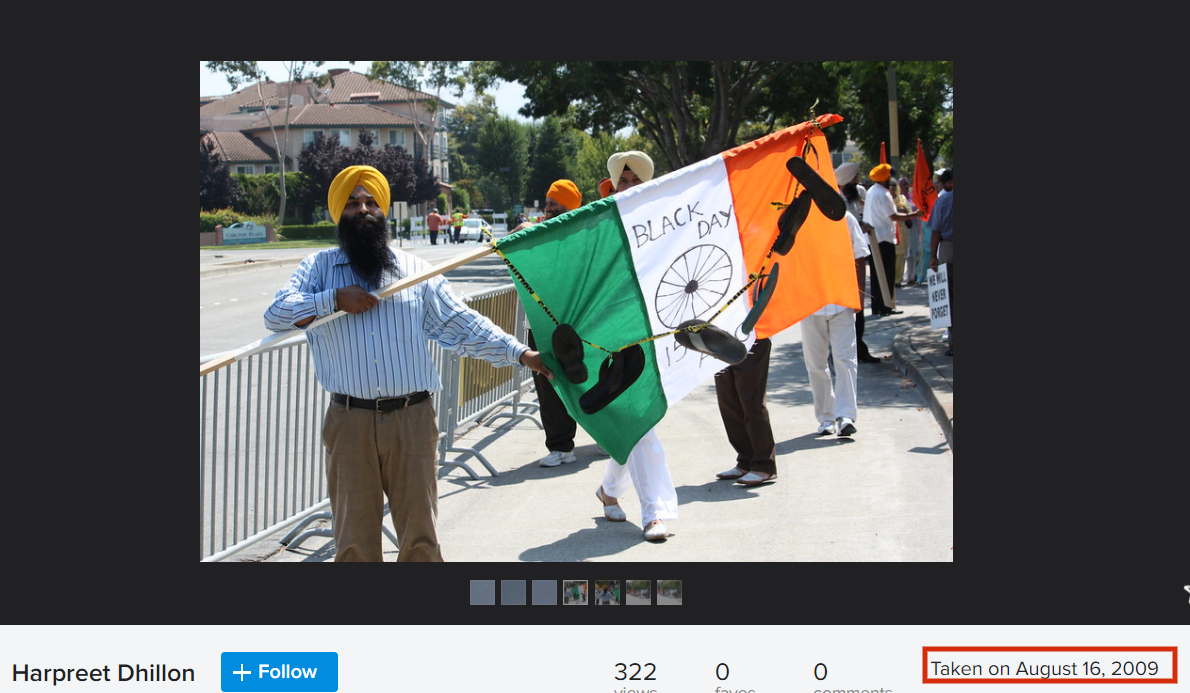 Other similar posts of the same protest can be seen here.

On running the third picture through Google Reverse Image Search, we found the same picture on Pickled Politics dated June 6, 2006, which clearly means that the picture is not from the recent farmers’ protest. 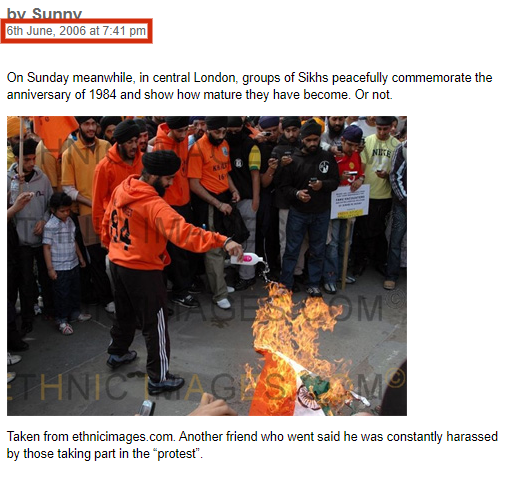 However, we could not independently track the exact sources of the above pictures but is clear that these pictures are old and not linked to recent farmers’ protests.

Hence, old pictures are being falsely linked to the ongoing agitation to ignite passions.  Don’t fall for false and misleading claims.