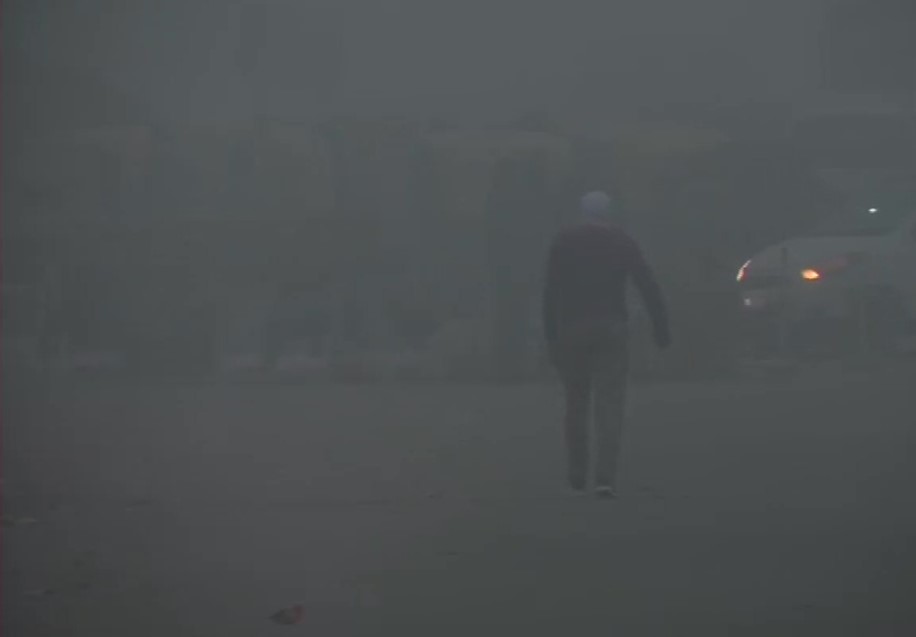 Delhi woke up to dense fog that engulfed parts of the national capital that recorded a minimum temperature of 5.8 degrees Celsius on Wednesday morning.

The India Meteorological Department has predicted both ‘cold day’ and ‘cold wave’ in parts of Delhi on Thursday and Friday.

#Delhi: Fog continues to engulf the national capital as the day progresses.

While the minimum temperature was three notches below normal, the maximum temperature is likely to settle around 19 degrees Celsius, it said, predicting ‘cold day’ conditions at a few places.

The IMD had declared a cold wave in Delhi on Tuesday as icy winds blowing from snow-covered western Himalayas brought the minimum temperature down to 4.1 degrees Celsius, the lowest in the city this season so far.

For the plains, the IMD declares a cold wave when the minimum temperature is 10 degrees Celsius or below and is 4.5 notches less than normal for two consecutive days.

“However, for small areas such as Delhi, a cold wave can be declared if the criteria is fulfilled even for a day,” Kuldeep Srivastava, the head of the IMD’s regional forecasting centre said.

Moreover, the air quality was recorded in the ‘poor’ category. The city’s air quality index (AQI) was 278 at 9 am. The 24-hour average AQI was 230 on Tuesday.