Home Music & Entertainment Bollywood All Stars Football Club Led By Abhishek Bachchan To Be Back In... 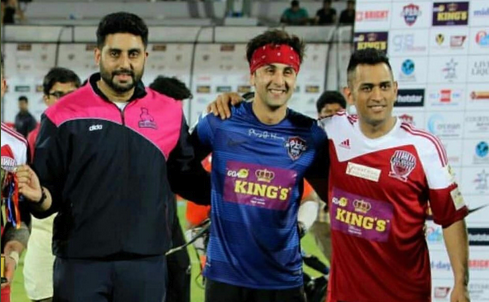 The All Stars football club led by captain Abhishek Bachchan along with his team players including Ranbir Kapoor, Aditya Seal, Arjun Kapoor, and Ishan Khatter is going to be back on field in suburban Mumbai. These players will start practicing for their upcoming matches starting January 2021. However, the schedule of the matches is yet to be decided.

The All stars football club is owned by Bunty Walia, an Indian film producer. His company, GS worldwide entertainment, manages the ASFC team for each of their matches around the country. The main aim of All Stars Football Club is to collect funds for charity by the means of football. This in turn also helps in promoting football in India.

Ever since the nation went into a lockdown in March, the players have not been on the field to play. Bunty Walia said they would wait for another month and look at January 2021 to kick-start the practice sessions. In an interview with Entertainment Times, Bunty Walia said, “The players are rusty, they need to get back into the groove, come for practice every Sunday and get a bit of physical exercise.”

He added that once the players start losing their rust and are back in action, the games that were supposed to be played in 2020 can finally be scheduled sometime in 2021. “There are games scheduled in Dubai, Bangalore, Saudi Arabia, Qatar, and also with a few NGOs in India,” Bunty added.