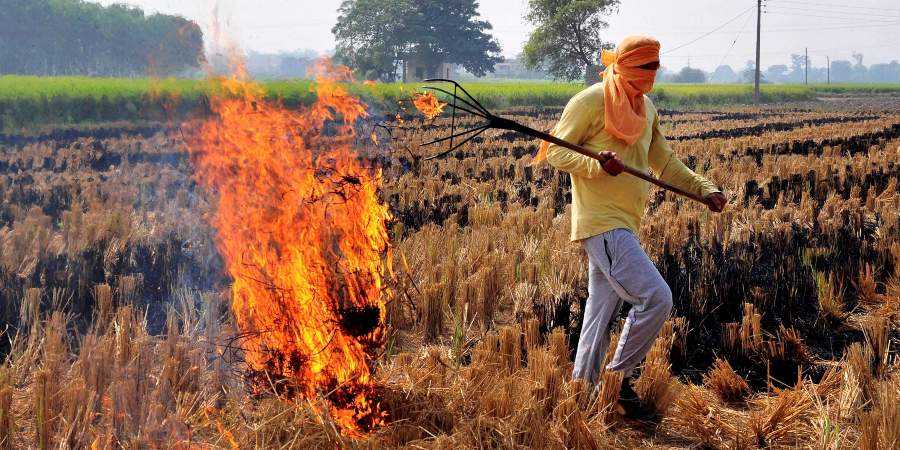 The air quality of Bihar is deteriorating with each passing day. The AQI of several parts of the state is in the ‘poor category’. The capital city Patna has an AQI of 180, Gaya has 152, and Muzaffarpur 164.

There are many factors behind the sudden rise, but stubble burning is one of the primary reasons. The burning of crop residue, which is common in states like Punjab and Haryana, has also started picking up in Bihar with the advent of mechanized harvesting of crops.

Bihar chief minister Nitish Kumar expressed grave concern over the practice of burning stubble gaining currency among farmers of the state and asked top officials to assess the situation through aerial surveys and take deterrent measures without taking recourse to punitive action.

Around 900 farmers in Bihar have been penalized for stubble burning since September, including 462 in Rohtas, 133 in Kaimur, 100 in Nalanda, 93 in Buxar, 40 in Gaya, 33 in Patna, 21 in Bhojpur, and seven in Jamui. These farmers have been excluded from the government’s incentives and schemes for the next three years.

Chief Minister Nitish Kumar said, “I have asked the chief secretary to take officials concerned along and conduct a survey by helicopter to identify places where the practice has taken roots. Please try to persuade the misguided farmers. I am not talking about any punitive action.”

Ashok Ghosh, chairman of Bihar State Pollution Control Board, said stubble burning in the state has been reported from several districts and it would increase in the near future. “To stop this practice, real-time monitoring and stern action are needed. By the time the state government reacted, the residues of crops were already burned.