Ever since the farmers’ protest gained momentum in India, various videos of pro-Khalistan rallies are being shared on social media, linking them to the ongoing agitation against farm laws.

One such video is being shared on social media with a claim that the video of the pro-Khalistan rally is from the recent protests. 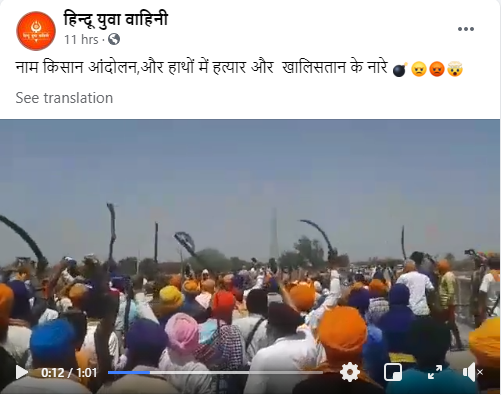 NewsMobile fact-checked the post and found it to be misleading and false.

We ran a Reverse Image Search along with some keywords and found the extended version of the same video on YouTube dated May 25, 2016.

As per the title of the video, the video is from Beas. The video carried a warning to Shiv Sena against coming to Amritsar in Punjab.

In the same search, we also found a news report by Global Punjab TV dated May 25, 2016, titled, “Amritsar-Beas road was packed with protestors.” 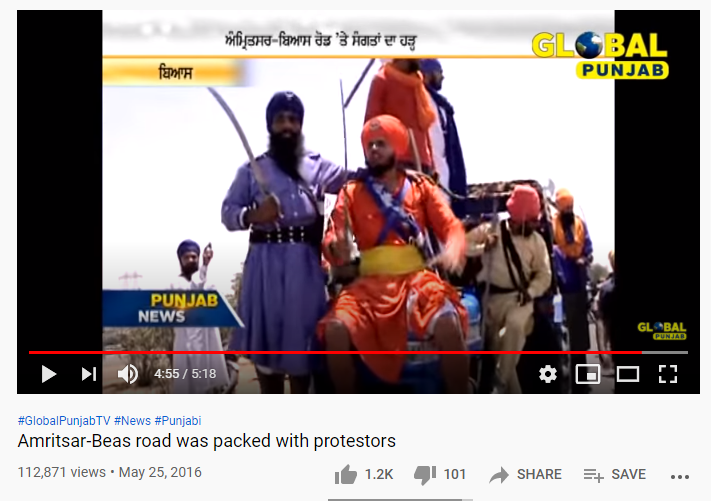 The report made similar claims about the protest in Amritsar.

We then ran a keyword search and found a report by The Indian Express, dated May 25, 2016. The Sikh groups held Anakh Rally (Rally for Pride) at Beas against the ‘Lalkar Rally’ which was called by Akhil Bharatiya Hindu Suraksha Samiti (ABHSS) in Punjab on the same day. The reports also mentioned that Lalkar Rally actually never happened as it was cancelled. 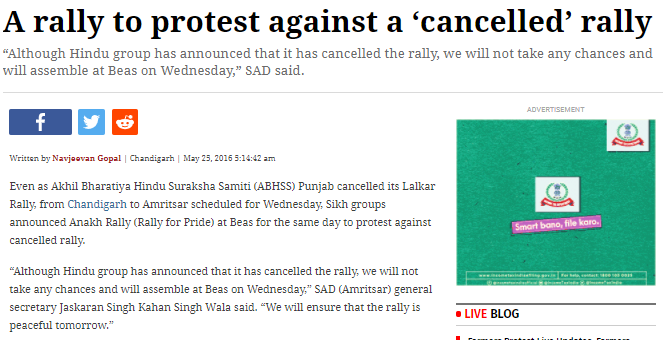 We also found similar reports by Hindustan Times and The Times Of India from 2016.

This proves that the video is old and has no relation to the ongoing protest.