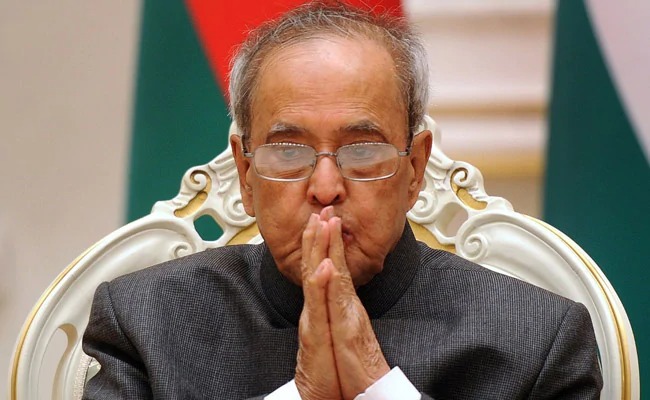 Even as the BJP is looking to create it’s footprints in majority states within the country, the final volume of late former President Pranab Mukherjee does not come as good news for the Congress. The book may stir more debate on Congress’ debacle in recent times, which is likely to be out next year. Pranab Mukherjee’s book reveals his relationship with former Prime Minister Manmohan Singh and UPA Chairperson Sonia Gandhi.

Congress registered its worst-ever performance in the 2014 Lok Sabha elections after ruling at the Centre for two terms and has suffered several electoral setbacks in the last six years across different states. Former President has written in his last volume of memoirs that Congress leadership lost political focus after his elevation as President in 2012 with Sonia Gandhi “unable to handle the affairs of the party”.

The book ‘The Presidential Years 2012-2017’, to be released in January, also says that the then Prime Minister Manmohan Singh was “preoccupied with saving the coalition which took a toll on governance”. According to excerpts from the book released by Rupa Publications, Mukherjee also said Dr Singh’s prolonged absence from the House put an end to the personal contact with other MPs.

“Some members of the Congress have theorized that, had I become the PM in 2004, the party might have averted the 2014 Lok Sabha drubbing. Though I don’t subscribe to this view, I do believe that the party’s leadership lost political focus after my elevation as president. While Sonia Gandhi was unable to handle the affairs of the party, Dr Singh’s prolonged absence from the House put an end to any personal contact with other MPs,” says the book.

He has also written about the incumbent Modi government. His relationship with the saffron camp will remain a mystery. In 2018, he addressed the closing ceremony of the ‘Tritiya Varsha Sangh Shiksha Varg’, an RSS event to mark the conclusion of a three-year training camp for swayamsevaks in Nagpur.

“I believe that the moral authority to govern vests with the PM. The overall state of the nation is reflective of the functioning of the PM and his administration. While Dr. Singh was preoccupied with saving the coalition, which took a toll on governance, Modi seemed to have employed a rather autocratic style of governance during his first term, as seen by the bitter relationship among the government, the legislature, and the judiciary. Only time will tell if there is a better understanding of such matters in the second term of this government.” The book states.