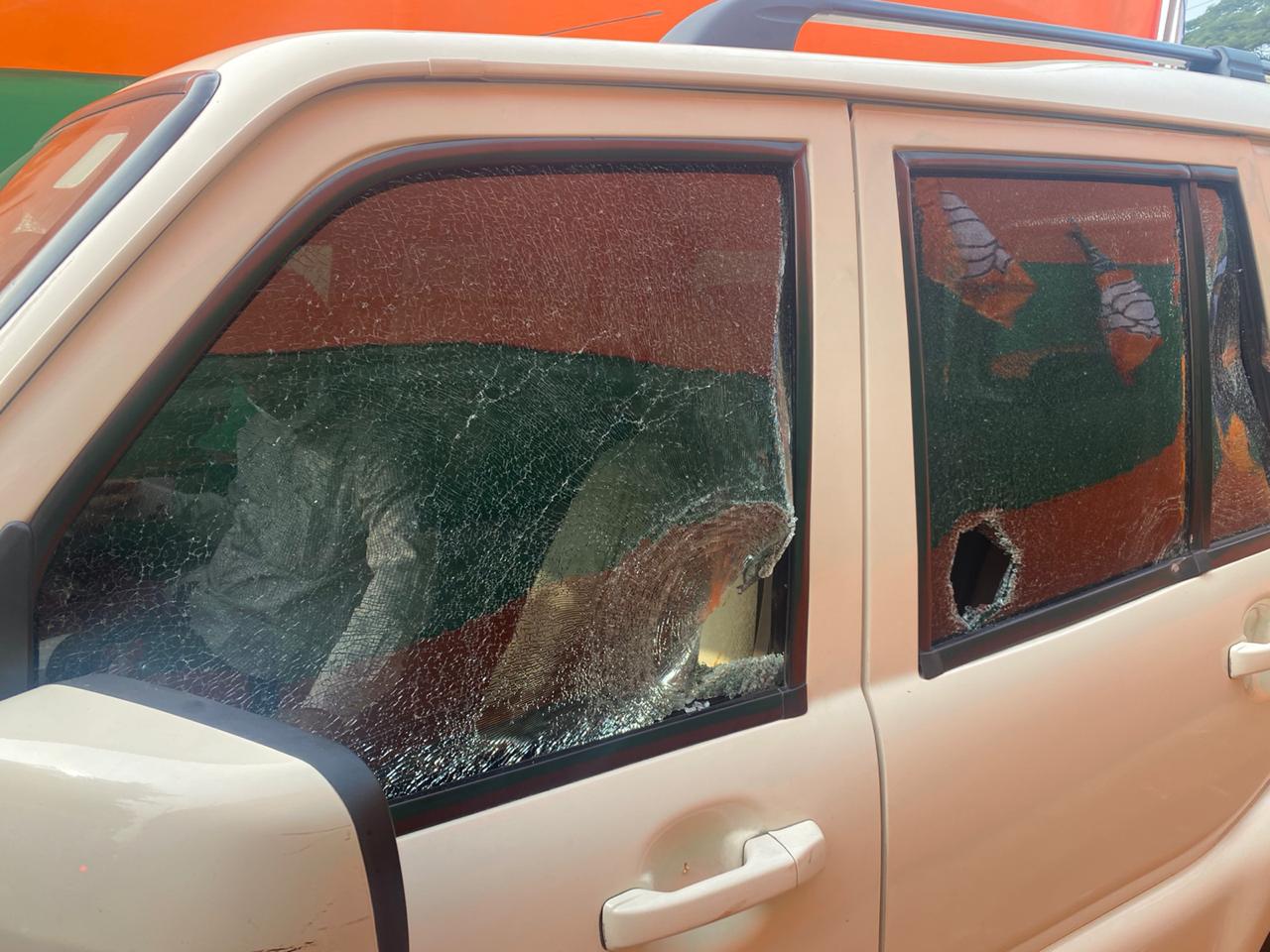 BJP Chief JP Nadda’s car was ransacked on Thursday while he was on his was to Diamond Harbour road. The convoy included cars of other senior leaders like BJP national general secretary Kailash Vijaywargiya and BJP state president Dilip Ghosh. Union Home Minister Amit Shah has sought a report on the incident.

“Bengal Police has already got the National President @JPNadda ji’s programme was informed, but once again the Bengal police failed. In front of the police near Siracol Bus Stand #TMC The goons hit our workers and threw stones at my car.” Said Kailash Vikaywargiya in his tweet. Other BJP leaders too tweeted about the incident as well as West Bengal governor Jagdeep Dhankhar.

WB Police, under Pishi, has completely failed to maintain law and order.

These are signs of a nervous dictator, who knows she will be decimated electorally at the hustings… pic.twitter.com/yjRf6h3s3p

Trinamool Congress(TMC) workers were protesting against controversial farm laws near Sirakhol when the BJP convoy was passing by. TMC supporters were allegedly seen throwing stones and bricks at the cars JP Nadda’s convoy that had slowed down in the narrow two-lane road.

BJP will hold state wide protests from 4:00-6:00pmon Thursday against the incident. JP Nadda who arrived in Kolkata on Wednesday, is on a two day visit to West Bengal in a bid to instil confidence amongst party workers as part of a massive outreach programme ahead of the 2021 Assembly elections.