A picture of tractors driven by women has gone viral all over social media claiming to be from the ongoing farmers’ protest.  It is also being claimed that the picture is from Haryana, where women were seen driving tractors near the Tikri Border.

The Facebook caption read, “A contingent from Haryana, with tractor driven by a woman, from yesterday’s march to Tikri Border.” 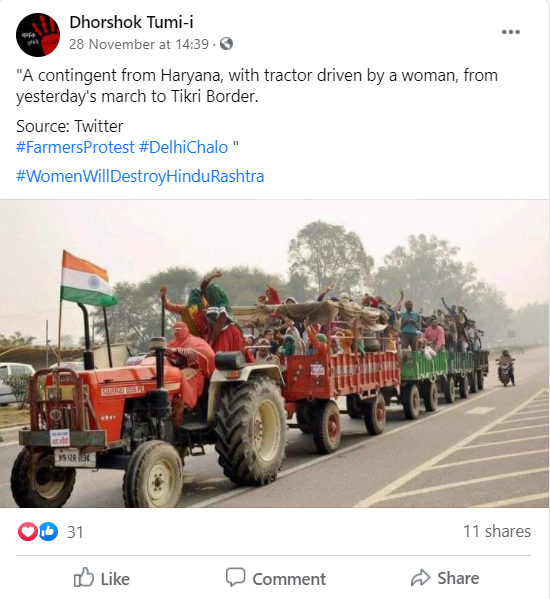 On putting the picture through Bing Reverse Image Search, we found the same picture in a photo gallery of Zee News dated February 6, 2017, with a picture description that read, “Jat women protesters on the tractor to reach at Jassia village for dharna during their agitation for reservation at Jassia village in Rohtak.” 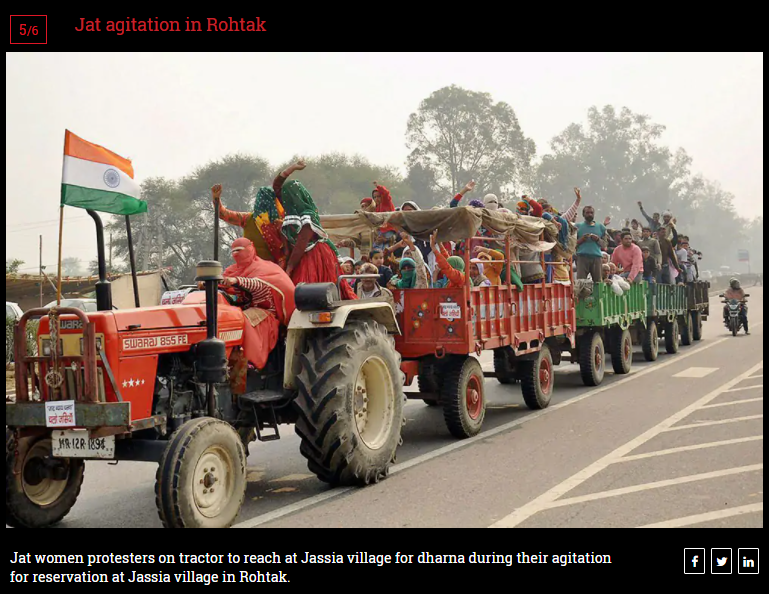 Further, we also found the same picture in another news article on Nav Bharat Times dated February 15, 2017, claiming that the picture is of protests by the Jat community demanding reservation in educational institutions and government jobs in Haryana. 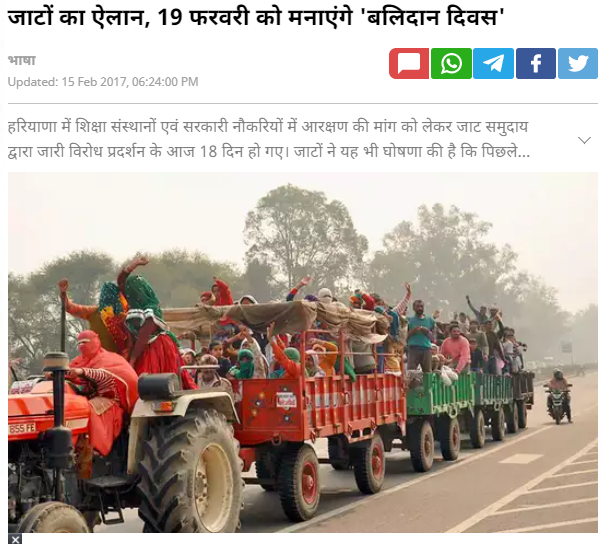 Moreover, we also found the same picture in Hindustan Times dated February 6, 2017, claiming that the picture is of Jat women protesters captured during the agitation for reservation. 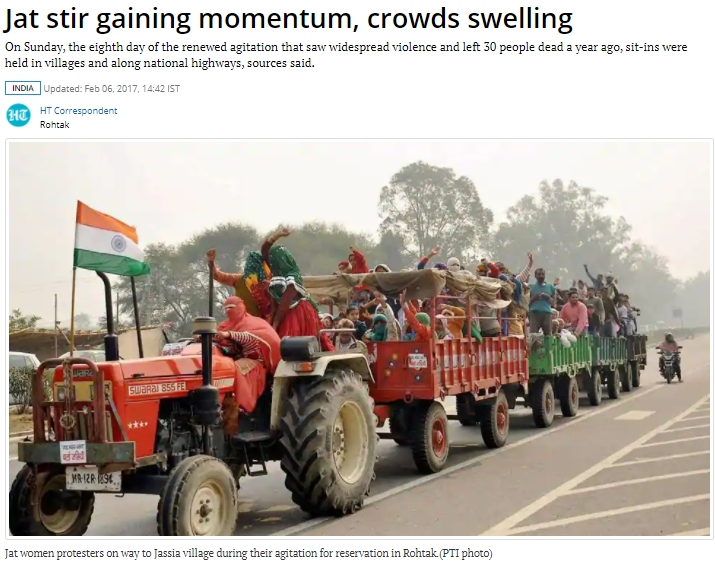 The same picture was found in the Outlook picture gallery with the description, “Jat women protesters on the tractor to reach at Jassia village for dharna during their agitation for reservation at Jassia village, in Rohtak.”

Hence, with the help of the above information, it is clear that an old 2017 picture of Jat women protesters is falsely being shared as one from the ongoing recent farmers’ protest. Don’t fall for false and misleading claims.