As farmers, mostly from the northern states of Haryana and Punjab, protest against newly promulgated farm laws, social media is flooded with varied shades of misinformation.

Many users are sharing old videos and pictures linking it to the ongoing protest. One such picture in circulation shows a picture of a huge crowd sitting peacefully on a Delhi street. 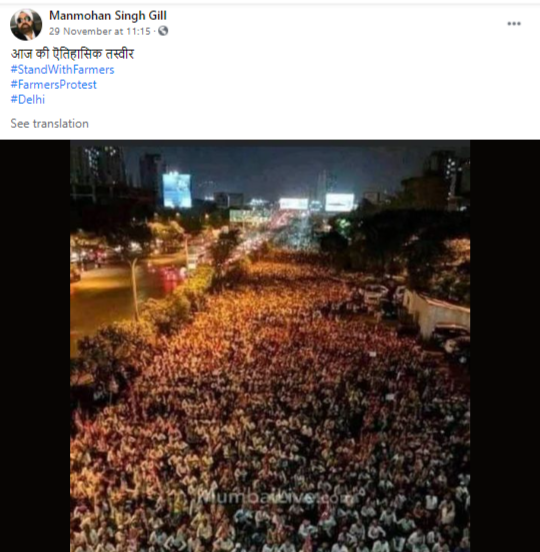 NewsMobile fact-checked the picture and found that it is OLD.

A simple Reverse Image Search led us to an article published in Counter Currents on March 11, 2018, featuring the same image. The headline of the article read: Historic Farmer’s March Reaches Mumbai. 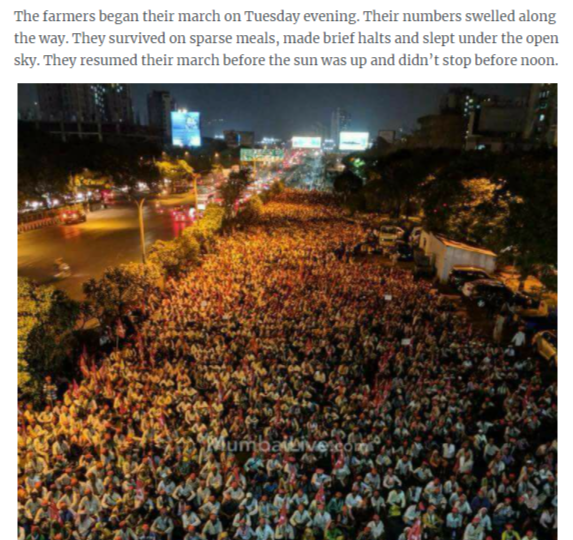 We found that a similar picture of the protest was also published in an article by The Indian Express on March 14, 2018. 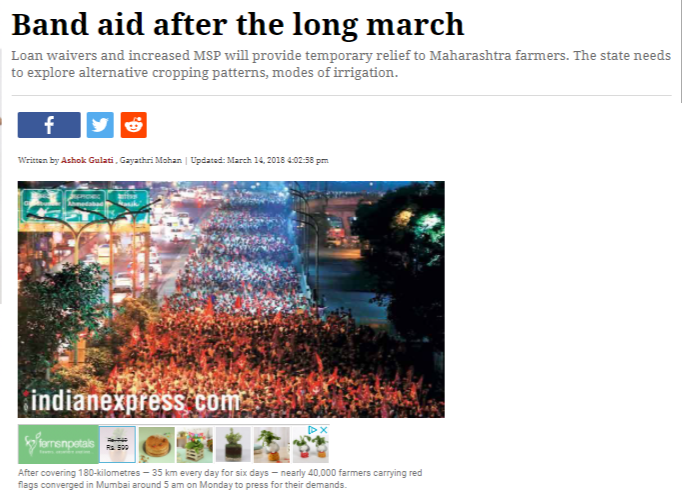 “After covering 180-kilometres — 35 km every day for six days — nearly 40,000 farmers carrying red flags converged in Mumbai around 5 am on Monday to press for their demands,” the picture was captioned.

Moreover, while carefully analysing the viral Facebook picture, we noticed ‘mumbailive.com’ watermark. We then ran a keyword search, which led us to a tweet by Mumbai Live.

The tweet posted on March 10, 2018, featured the same image with the caption, “About 25,000 farmers have been marching to towards #Mumbai to protest against anti-farmer policies. They have gathered at the Eastern Expressway Highway, opposite Viviana mall in #Thane.”

About 25,000 farmers have been marching to towards #Mumbai to protest against the anti-farmer policies.

They have gathered at the Eastern Expressway Highway, opposite Viviana mall in #Thane. pic.twitter.com/ROlvkePsjH

From the above tweet, it is clear that the picture was taken on the expressway in Thane.

Hence, the claim that the picture is from the ongoing farmers’ protest in Delhi, is false.