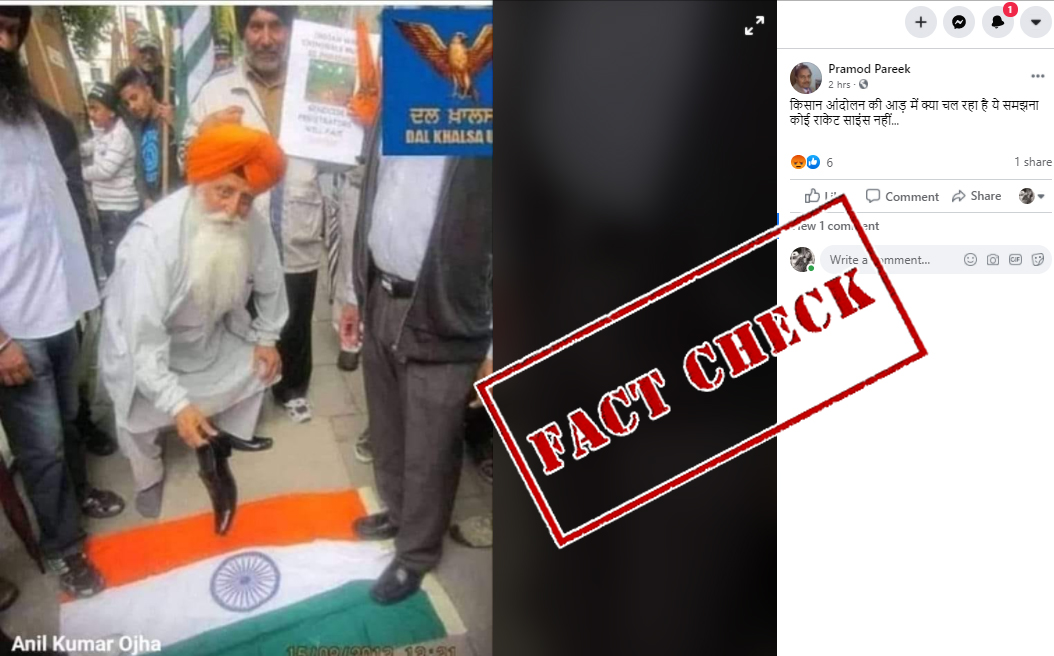 A picture of a man insulting the Indian national flag is being shared on social media with a claim that the picture is from the ongoing farmers’ protest being held in Delhi against the newly promulgated farm laws.

(Translation: Understanding what is going on under the guise of farmer movement is not rocket science) 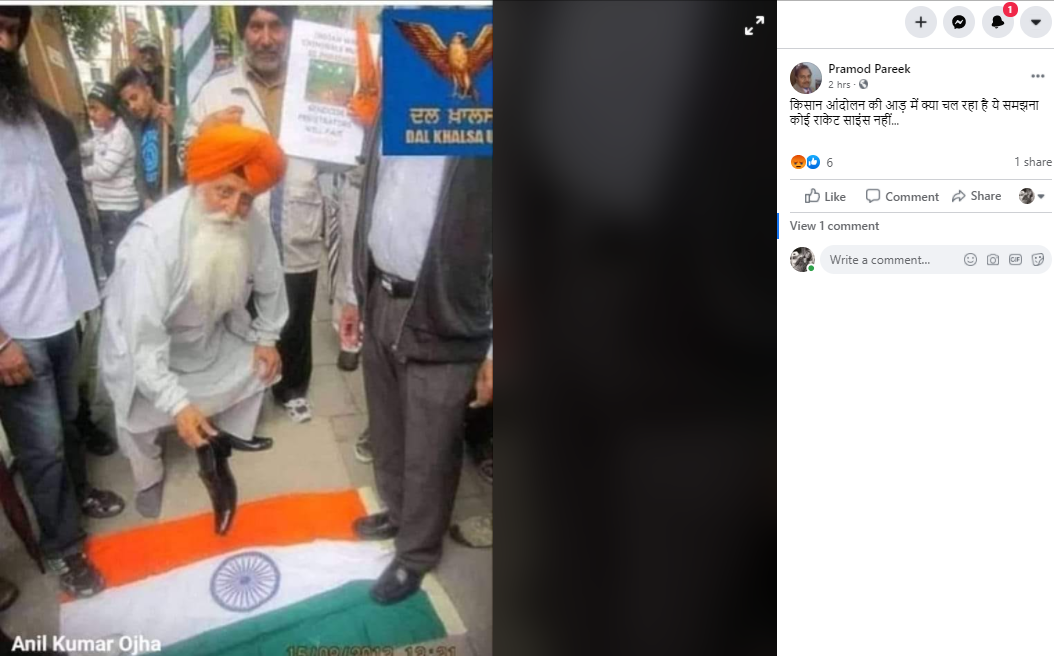 NewsMobile fact-checked the post and found that the picture is OLD.

The first thing we noticed is that a date is visible at the bottom of the picture. The date is not clear, but the year definitely doesn’t say 2020. 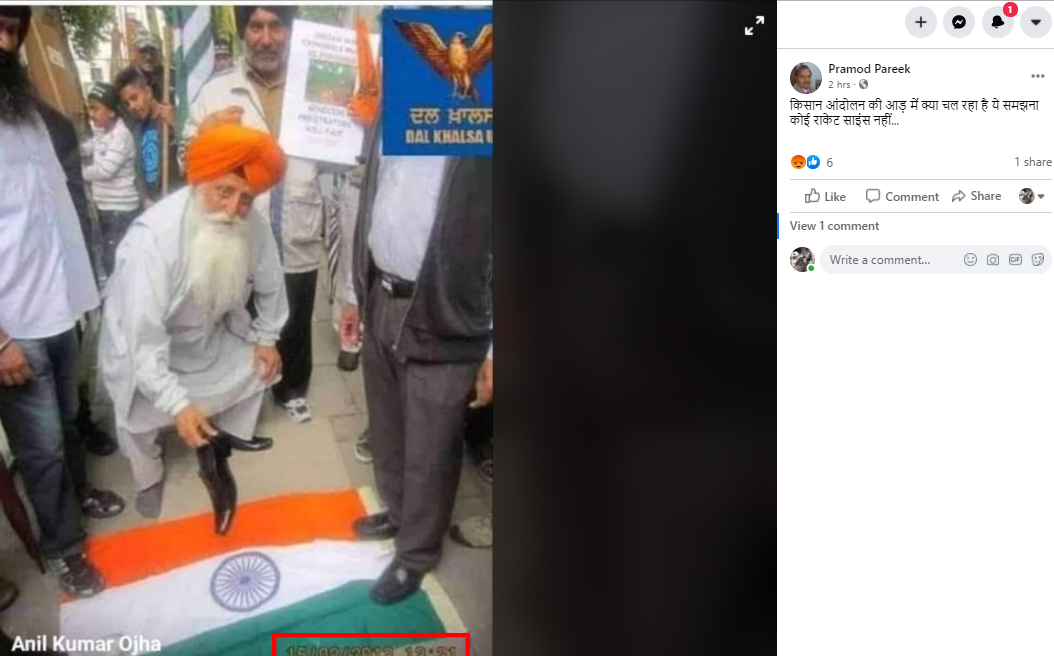 We then ran a Reverse Image Search and found that the same picture was shared by numerous Twitter users in 2019. 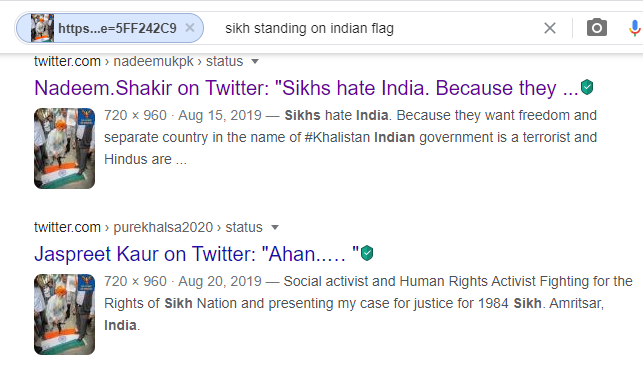 “Sikhs hate India. Because they want freedom and separate country in the name of #Khalistan Indian government is a terrorist and Hindus are fascists. RRS is terrorist organisation although. Sikhs love with #Pakistan and they want to merge with Pakistan and Khalistan,” a Twitter user captioned the picture. 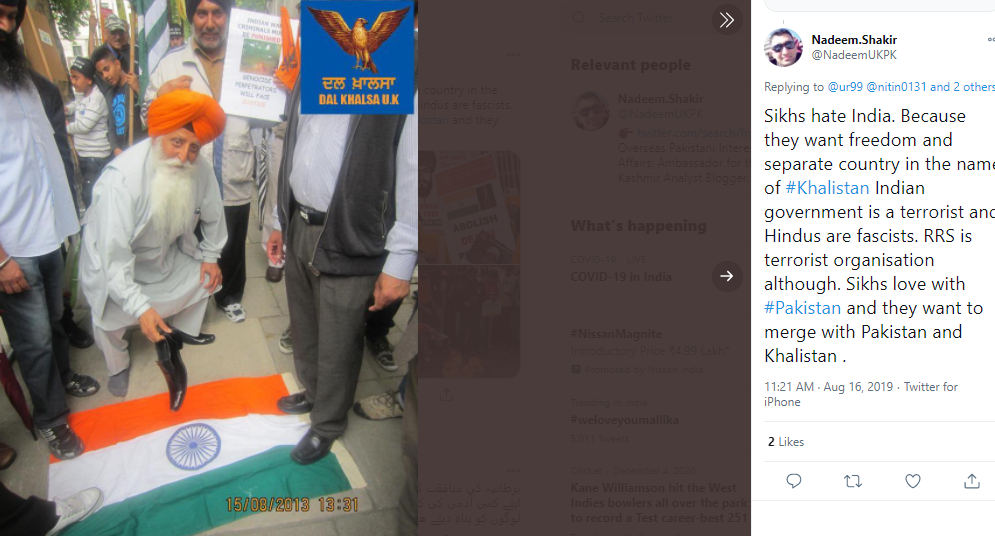 In the picture shared on Twitter, the date mentioned in the photograph is August 15, 2013, and a logo of Dal Khalsa UK was also present on the top right corner. 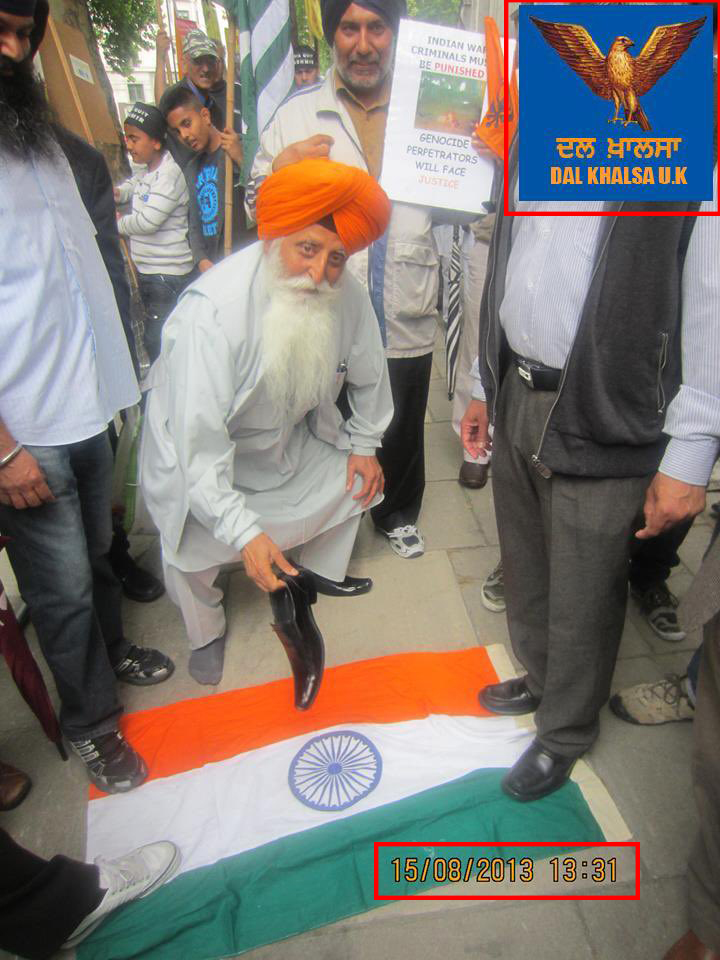 We then ran a keyword search, which led us to a blogpost by Dal Khalsa dated August 17, 2013, featuring the same image. 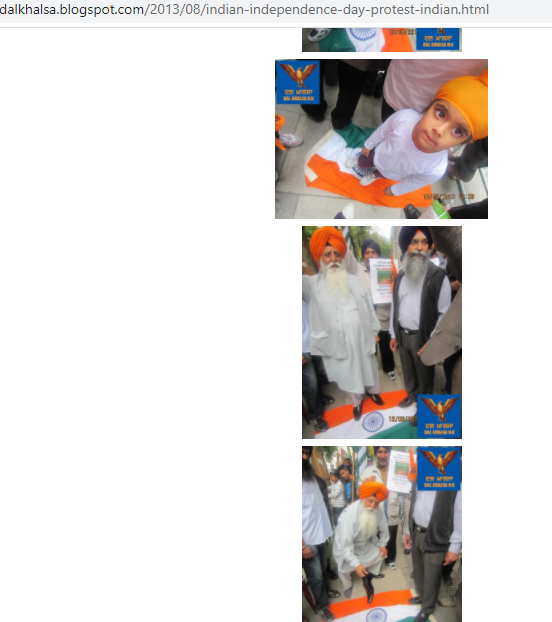 We also found that the same pictures were also uploaded on their Facebook page on August 18, 2013.

“Sikhs,Kashmiris & other minority groups gathered on the 15th of August 2013 in Central London to protest against Indian Oppression & Occupation. Since 1947 the Sikh Nation has been under Indian Occupation with numerous attempts to destroy the Sikh Homeland in Panjab & the Sikh Nation climaxing in a Genocide in 1984. Since then no stone has been left unturned to crush the Sikh Nation be it socially, economically, politically, religiously & even environmentally, ” the caption read.

Moreover, another search led us to a YouTube video uploaded by Dal Khalsa UK in 2010, where the same man was identified as Manmohan Singh Khalsa.

We also reached out to Dal Khalsa UK and the article will be updated upon receiving their response.

This proves that the picture in circulation is OLD and has no relation to the ongoing farmers’ protest.