A video is being shared on social media with a claim that Aam Aadmi Party (AAP) hired people for money to participate in the ongoing farmers’ protest.

In the video, people wearing AAP T-shirts can be heard complaining about not receiving the promised sum for attending the rally.

(Translation: See the jihadi mentality. Ground report of AAP party and understand what is the truth of farmer movement 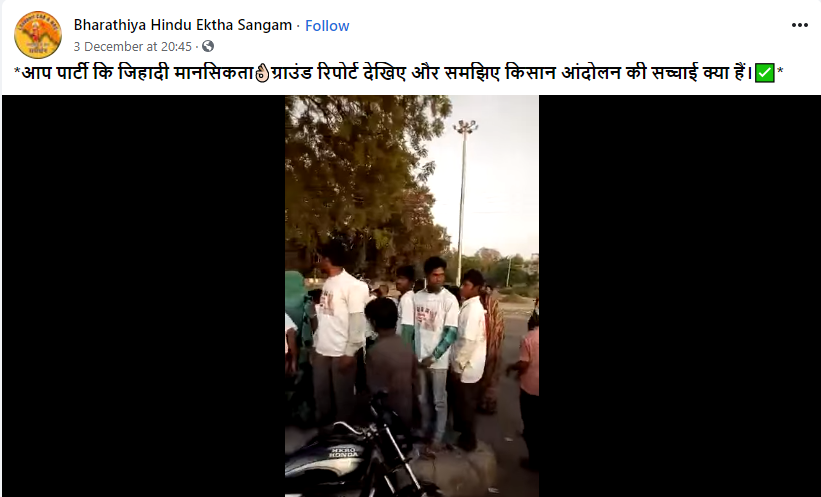 NewsMobile fact-checked the viral claim and found that the video is old.

We extracted keyframes from the video and ran them through Reverse Image Search along with some relevant keywords. The search led us to the same video, uploaded on YouTube on March 26, 2018.

“Arvind Kejriwal fooled laborers in Haryana, ” the video was titled.

Based on this, we ran another keyword search which led us to a report by ANI dated March 26, 2018. The video was titled, “Labourers allege they were denied Rs 350 promised to them for attending Kejriwal’s rally.”

A similar bulletin was also done by ABP News in 2018.

Hence, from the above fact check, it is clear that the video is OLD and has no relation whatsoever with the ongoing farmers’ protest.