A picture of a black banner has gone viral all over social media claiming to be from the recent farmers’ protest. It is also being claimed that some ‘anti-national’ elements are running their agenda in the name of the farmers’ protest. 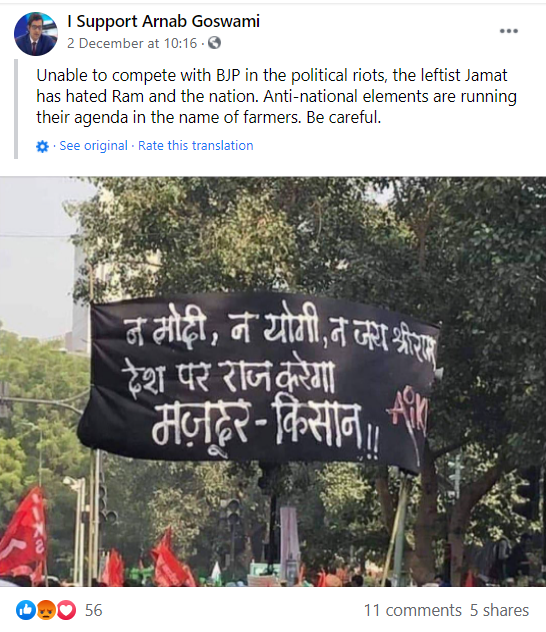 NewsMobile fact-checked the above post and found it to be old, false and misleading.

On putting the picture through Google Reverse Image Search, we found the same picture on Facebook dated December 2, 2018, by One India Times.

Also, when we looked at the picture carefully, we found ‘AIK’ on the black banner and ‘AIKS’ on the red flags along with some green flags behind. 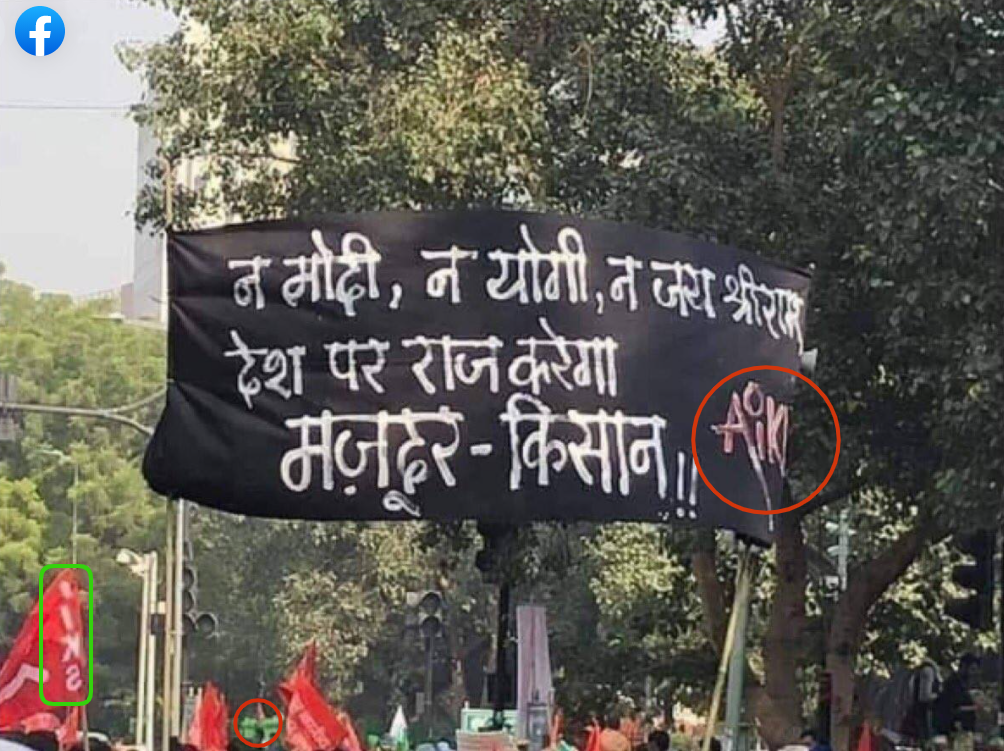 Taking the clue, we found the exact same black poster on the Facebook profile of All India Kisan Mahasabha dated December 4, 2018. 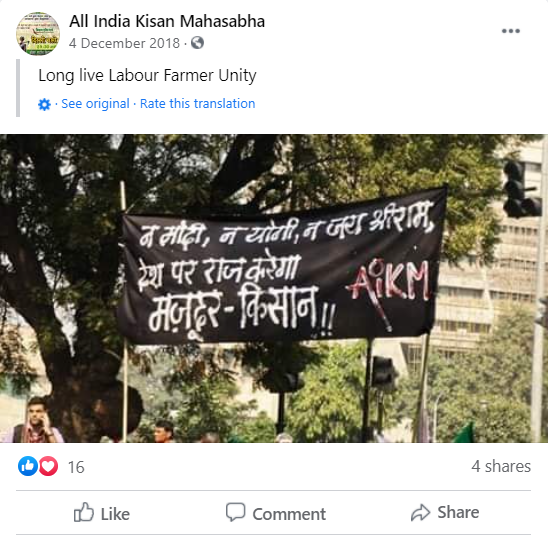 On digging further, we also found ‘AIKS’ written red flags along with some green flags in the live video shared on Facebook two years back.

We then compared the viral picture and the screengrab from the 2018 live video and found the same flags in the event that took place in 2018.

For further confirmation, we also contacted one of the members of All India Kisan Mahasabha who confirmed to NewsMobile that the picture in circulation is OLD.

We also found a Tweet by BloombergQuint dated November 13, 2018, claiming that Farmers reached Jantar Mantar to carry out the second day of protests.

In conclusion, we can say that an old picture of a black banner of 2018 Kisan protest is falsely linked with the ongoing farmers’ protest.