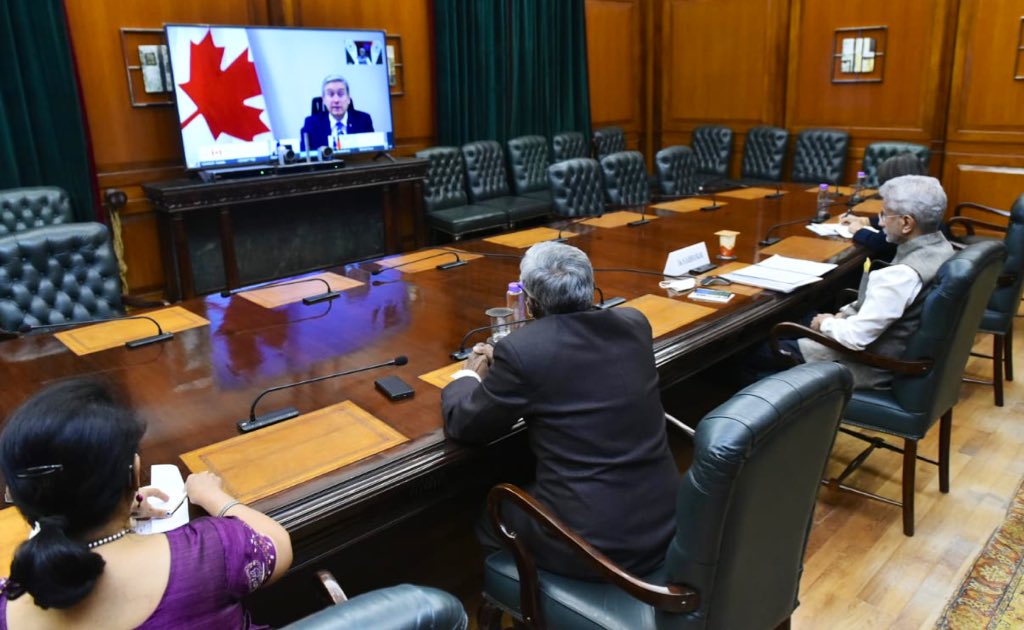 In the aftermath of Canadian Prime Minister Justin Trudeau’s comments on the ongoing farmers’ protest in the national capital, India has decided to stay away from the Canada-led meeting on COVID-19.

External Affairs Minister S Jaishankar who was supposed to represent India in the meeting scheduled to be held on December 7 will not be a part of the meeting.

Showing solidarity with the protesting farmers, Trudeau had said during a virtual discussion that he supports the agitating farmers, following which a demarche was issued by India, asking Ottawa to not interfere in Delhi’s ‘internal matter’. India had called his comments “unwarranted” and said he was “ill-informed”.

Trudeau, however, said that Canada will stand up for peaceful protests and human rights. He also welcomed talks and efforts at de-escalation. Demonstrations in support of farmers are happening outside India’s high commission and consulates in Canada.

According to government sources, Ministry of External Affairs (MEA) has told the Canada that Jaishankar won’t be able to attend the meeting due to “scheduling issues”. The meeting is being organised by Canadian Foreign Minister Francois-Philippe Champagne.

India had summoned Canadian envoy on Friday over Trudeau’s comments. “The Canadian High Commissioner was summoned to the Ministry of External Affairs today and informed that comments by the Canadian Prime Minister, some Cabinet Ministers and Members of Parliament on issues relating to Indian farmers constitute an unacceptable interference in our internal affairs,” a statement issued by the MEA said in statement on Friday, conveying in simple terms that such comments could impact bilateral ties between India and China as well.