Home Home Slider 50 Years After The US, China Plants Flag On Moon 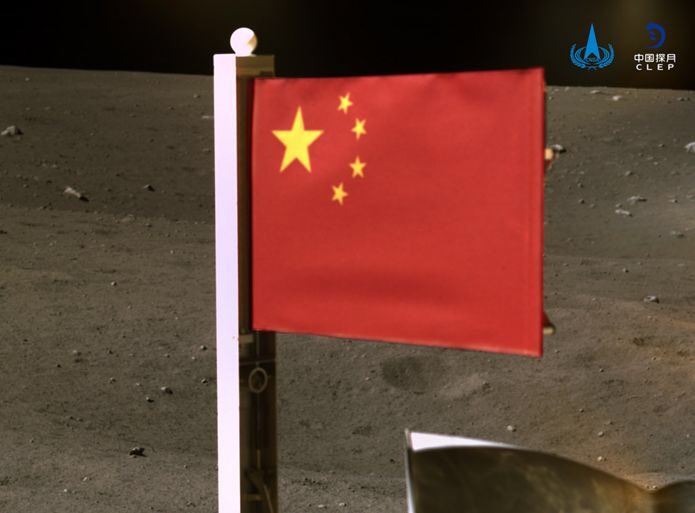 China has become the second nation to plant a flag on the moon 50 years after the United States planted a flag.

This was done while a Chinese space probe lifted off from the surface of the moon to return to earth. This was in a bid to bring back the first lunar samples in four decades.

China now matches it’s rivals US and Russia after putting in billions into the military-run space programme. Images of the flag were taken by a camera fitted to Chang’e 5 and shared by China’s National Space Administration.

The samples were taken right before Chang’e 5 collected samples lunar soil before returning to earth.

China’s space agency said the Chang’e 5 spacecraft is named after the mythical Chinese moon Goddess. The Chinese lunar mission which left the moon at 1510 GMT, consists of 4 main spacecrafts working to bring between 2-4kgs of  lunar dirt back to earth.

Scientists are looking to use the evidence collected to learn about the moon’s formation, evolution and volcanic activity on it’s surface.

China state broadcaster CCTV showed the probe taking off from the surface of the moon in a bright burst of light. Before take off from the moon, the flag was hoisted on the moon’s surface.

China will be the third country to retrieve samples from the moon after US and Russia, if the Chinese mission is successful.

ALSO READ: ‘Miracle Baby’ Born From 27-Yr-Old Frozen Embryo In The US