K Chandrasekhar Rao-led TRS may have emerged as the single largest party in the fiercely contested Greater Hyderabad Municipal Corporation (GHMC) polls but the spotlight is on the BJP. 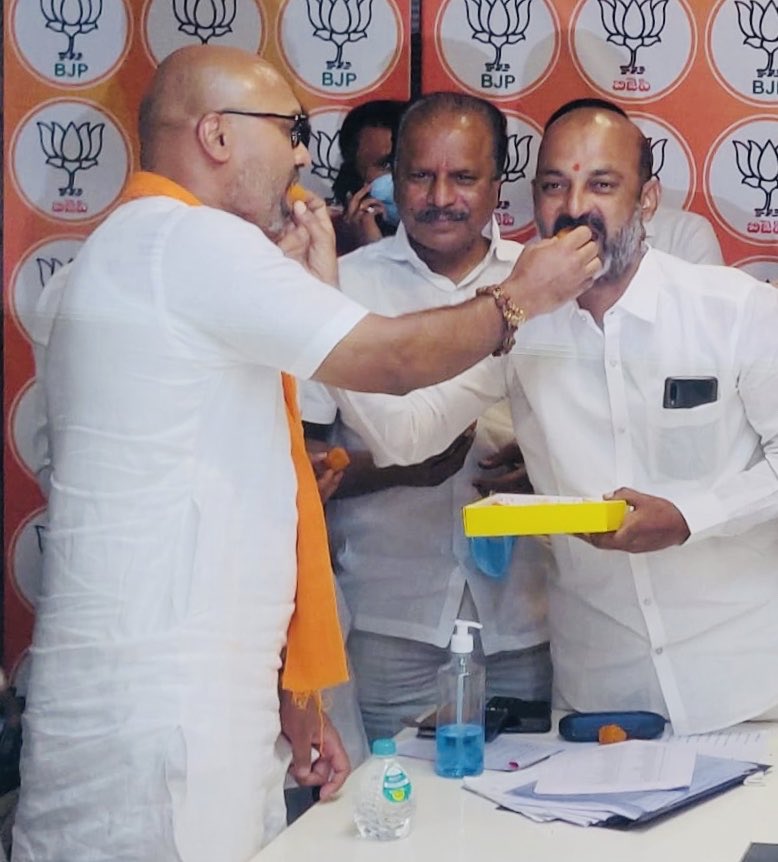 TRS’ victory has been dimmed by the saffron party’s surge after a high-voltage and divisive campaign. The BJP, which mounted a campaign that was unusually aggressive for any local election, fielded heavyweights including Home Minister Amit Shah and Uttar Pradesh Chief Minister Yogi Adityanath, incidentally has emerged as the principal Opposition party in the civic body.

The results once again show the decline of the Congress in a state which it took credit in creating one day which has directly added muscle to the BJP. The writing on the wall is clear. Wherever its Congress versus a muscular regional force, the BJP is there to replace the Congress by filling in the vacuum.

With nothing to lose, BJP had made big gains at the cost of TRS in an area where it was almost non-existent so far and had even announced to change the name of Hyderabad to Bhagyanagar and work towards stripping the city of its Nizami culture.

Riding high on its Hindutva pitch, BJP is seeing the results as a burst of oxygen for the 2023 Telangana election which now appears to be a straight fight between the TRS and BJP with Congress nowhere in sight. The state Congress chief incidentally has resigned for the poll drubbing.

With a nearly 40 per cent drop in its share of municipal seats, the TRS now has to get its act together to be able to retain its home state.