As farmers from Punjab and Haryana gather around Delhi to protest against the farm laws, a video of people chanting pro-Khalistan slogans is being shared on social media claiming to be from the recent protests.

“Raising Pro-Khalistan slogans and holding Pakistan flags at a #FarmersProtest?? Are these really farmers??” the post claimed. 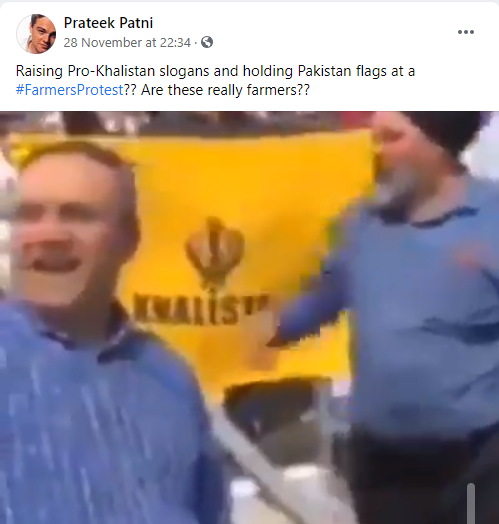 NewsMobile fact-checked the video and found the post to be misleading.

We extracted keyframes of the video and ran them through Reverse image search. The search led us to the same video upload on YouTube in 2019.

We also found the same video was uploaded on Twitter in 2019. “Cricket and Politics – This is the only match why Afghanistan has lost matches to other teams for emergency reasons. Then listen to the answer,” Google translation of the post read.

So, based on the above, we ran a keyword search and found reports in Business Standard dated July 7, 2019. The headline of the report read, “Leeds: Sikhs denounce pro-Khalistan slogans during World Cup matches.” 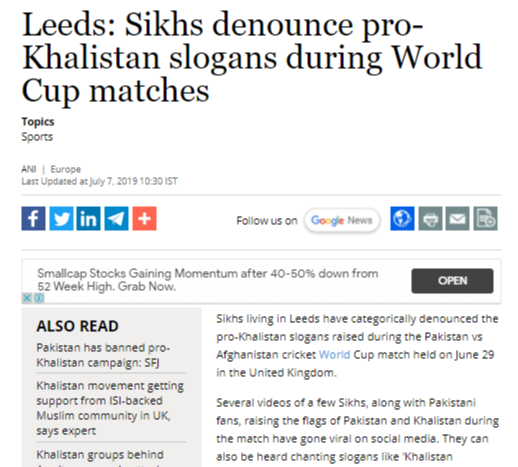 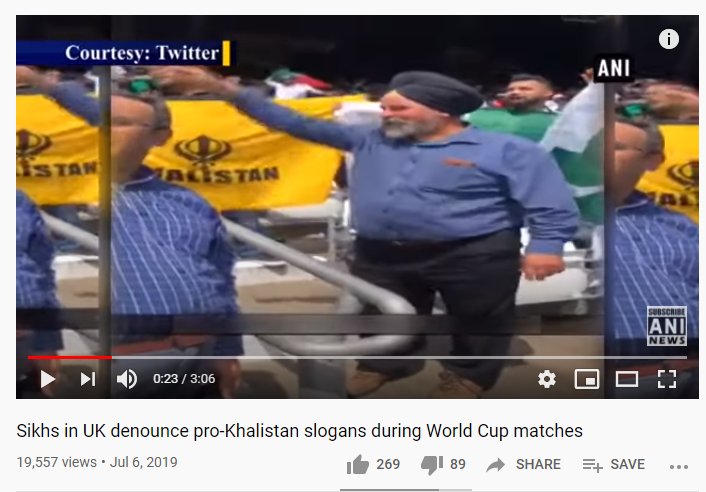 Hence, from the above fact check, it is clear that the video in circulation is OLD and has no relation to the ongoing farmers’ agitation.