In the backdrop of the debate surrounding ‘love jihad’ and laws being promulgated in some BJP ruled states against forcible religious conversion, a graphic attributed to APB news claiming that BJP’s national spokesperson Sambit Patra’s daughter has eloped with a Muslim man has gone viral on social media.

(Translation: Sambit’s daughter does jihad…Sambit Patra’s daughter ran off with a Muslim man)

Moreover, previously also, NewsMobile had debunked other graphics made on the same news template.

Florida man arrested for robbery using cough as a weapon? It’s a Satire

So, from these previous fact checks, we know that the template is available on a website called Break Your Own News, which was used to produce the above graphic.

Moreover, we also checked the election affidavit filed by Patra during 2019 General elections and found that no names have been mentioned against the spouse and dependent section in the affidavit. 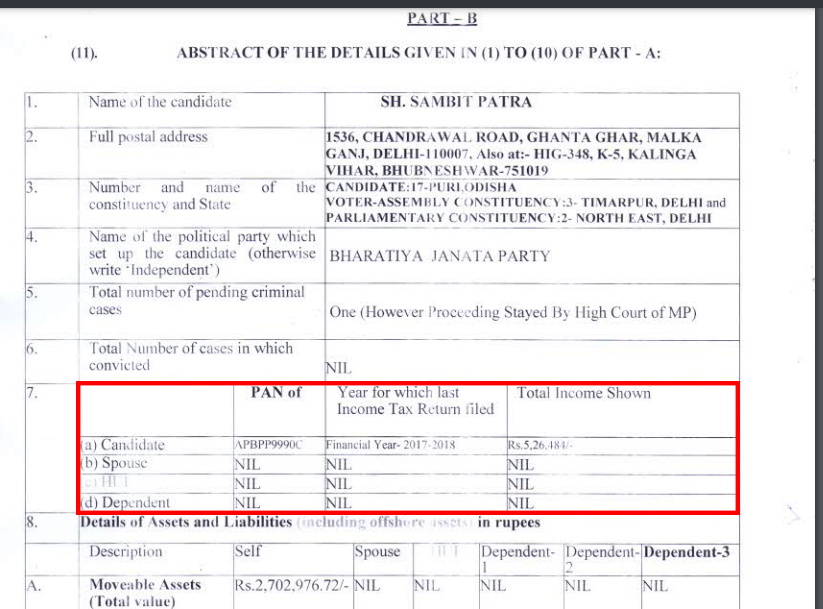 Hence, based on the above fact check, we can say that the post in circulation is false.