Veteran Congress leader Ahmed Patel died at the age of 71 after battling COVID-19. Several social media users, family and friends tweeted their condolences on his death.

Amid this, a screen grab of Digvijaya Singh’s post with Hindi translation is doing rounds all over social media claiming that Congress leader Rahul Gandhi arrived in his own funeral.

Firstly, we typed the content on Translation.com and translated the English content in Hindi. With the help of the tool, we found that the Google translation was different and misleading. In the Facebook post Digvijaya was talking about Rahul Gandhi attending Ahmed Patel’s funeral. 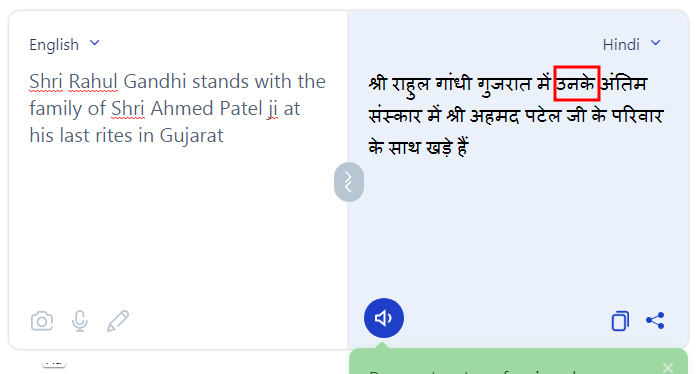 Moreover, we then also confirmed the translation on Translator.eu. 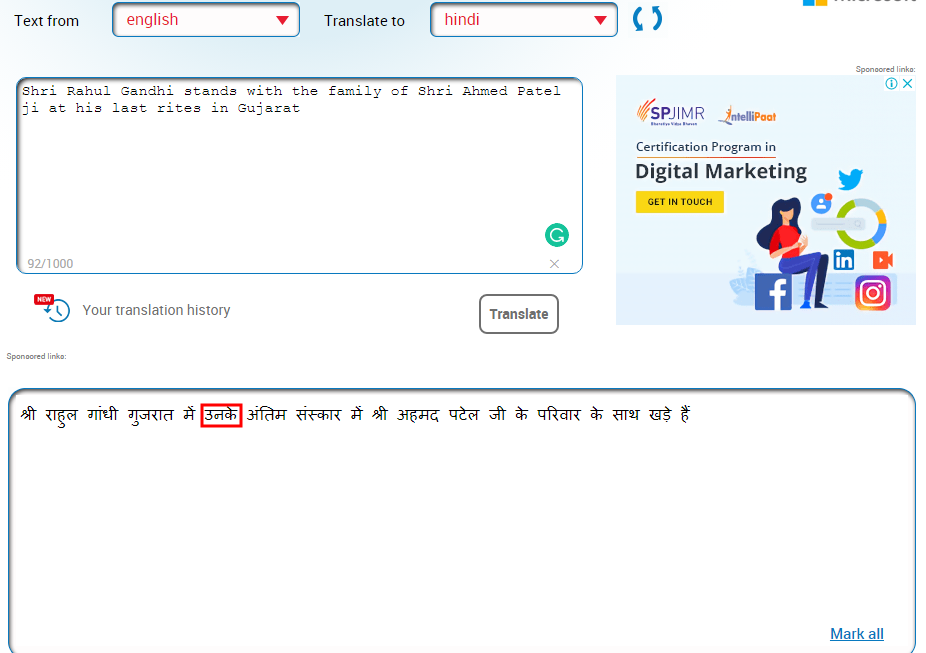 However, we noticed carefully and found that Google translation used the word ‘अपने’ instead of ‘उनके’ that completely changed the meaning of the sentence. The usage of ‘उनके’ is also grammatically incorrect but not misleading.

On digging further, we found a post on Facebook by Digvijaya Singh clarifying that the Google translation is incorrect.

Lastly, Digvijaya Singh uploaded another post about Ahmed Patel both in Hindi and English to avoid misleading translation.

Hence, with the help of the above information, it is clear that Digvijaya Singh did not write anything about Rahul Gandhi attending his own funeral. Don’t fall for incorrect and misleading Google translation.