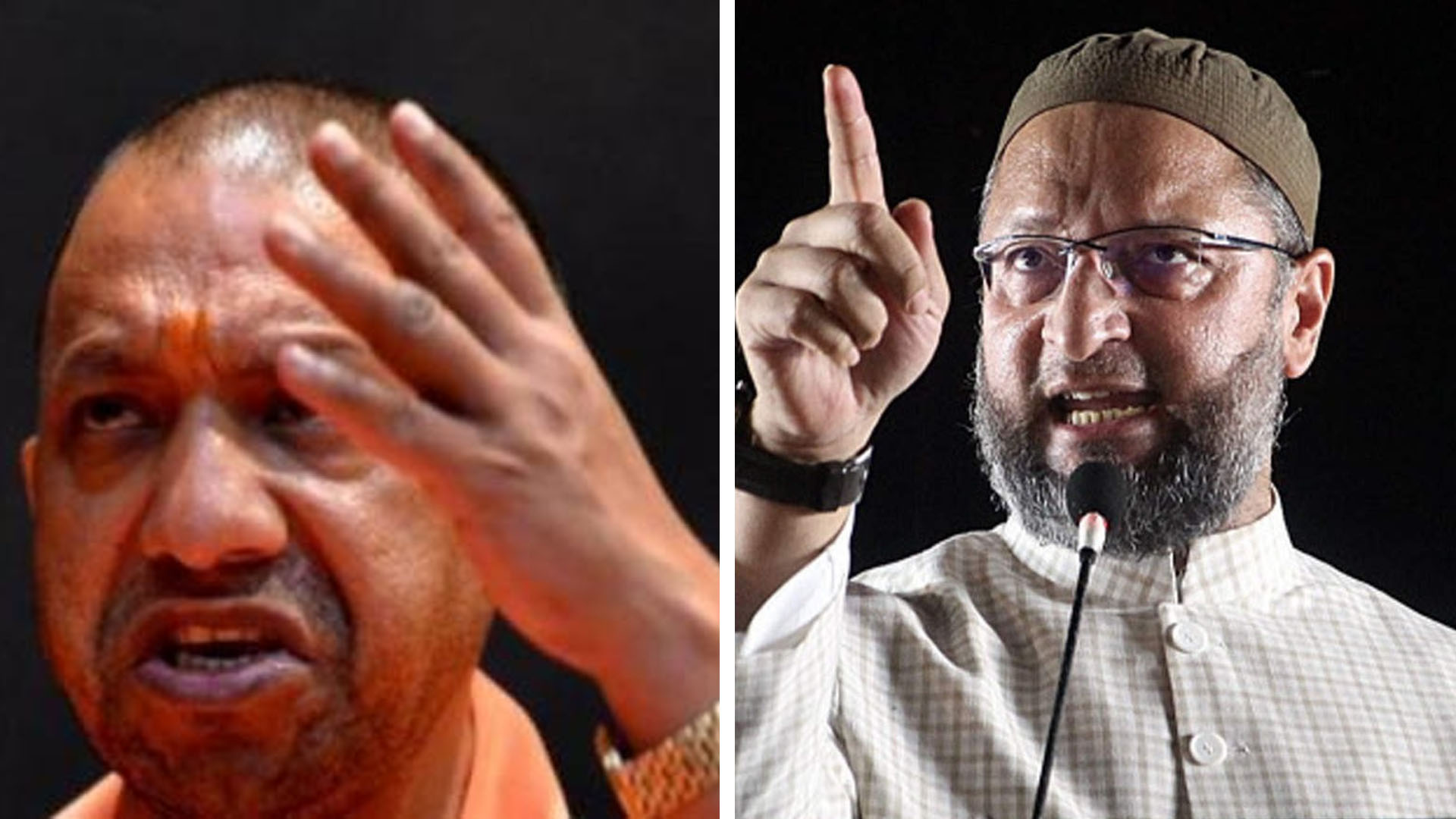 Bristling at the pitch by Yogi Adityanath for renaming Hyderabad as Bhagyanagar, AIMIM chief Asaduddin Owaisi has hit back saying that the Uttar Pradesh chief minister’s generation may end but the city will continue to be called as Hyderabad.

Adityanath had on Saturday during a mega roadshow in the Malkajgiri area of Hyderabad ahead of the local body election said that the city will be renamed Bhagyanagar if the BJP is voted to power in Telangana. “… we renamed Faizabad as Ayodhya and Allahabad as Prayagraj after BJP came into power in Uttar Pradesh. Then why can’t Hyderabad be renamed as Bhagyanagar?” Adityanath had said.

This drew a sharp retort from Owaisi who said: “… Your entire generation will end but Hyderabad’s name will remain as Hyderabad, the elections are between Hyderabad and Bhagyanagar, and if you want Hyderabad not to be renamed then vote for Majlis.”

The AIMIM chief said this late Saturday evening while campaigning for his party in the run-up to GHMC elections.

“They want to rename. They (BJP) want to rename everything. Your name will be changed but Hyderabad will not be renamed. Uttar Pradesh’s Chief Minister comes here and says he will rename (Hyderabad). Have you taken a contract for this?” he asked.

Owaisi further said: “It doesn’t look like a Hyderabad election, it’s as if we’re electing a Prime Minister in place of Narendra Modi. I was at a rally in Karwan and said that everyone has been called here, a child said they should have called Trump too. He was right, only Trump (US President Donal Trump) is left.”

The local body election in Hyderabad is witnessing a triangular contest between the ruling party in the state, Telangana Rashtra Samithi (TRS), AIMIM, and BJP, which recently bagged the Dubbak Assembly seat in the recently concluded by-polls.

The BJP is undertaking hectic poll campaigns in the city and has roped in several high profile leaders. Apart from the Uttar Pradesh chief minister, Union ministers Prakash Javadekar, Smriti Irani as well as party president J P Nadda have campaigned for the BJP in Hyderabad.

Elections to the 150-member GHMC are scheduled to be held on December 1 and the counting of votes will take place on December 4.