A video of funeral has gone viral all over social media claiming that it is of late Congress leader Ahmed Patel’s in Gujarat.

The Facebook caption read, “The Funeral Procession Of AHMED PATEL, The Original CHANAKYA Of Indian Politics, Passing Through The Streets In Bharuch District Of Gujarat. Thousands Attended His Funeral Besides Rahul Gandhi, Kamal Nath, Shankar Singh Vaghela Amongst Other Leaders.”

With the help of keywords, we found a similar video on YouTube dated November 25, 2020, claiming that this is the funeral of MSN Playholder Jameel Shaikh. 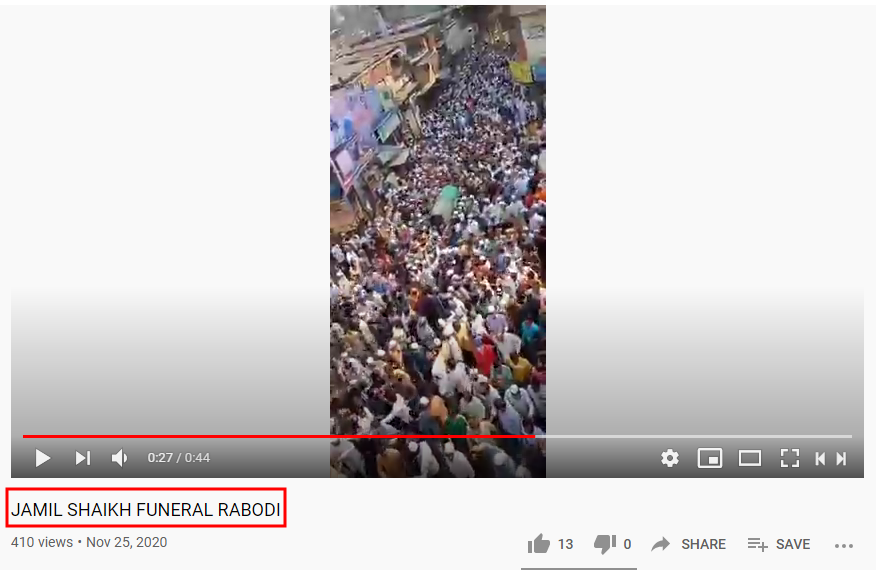 Taking clue, we found a news report by Mumbai Mirror dated November 25, 2020, claiming that thousands of people had gathered for the funeral of MSN Leader Jameel Shaikh in Thane, who was shot dead in Rabodi. 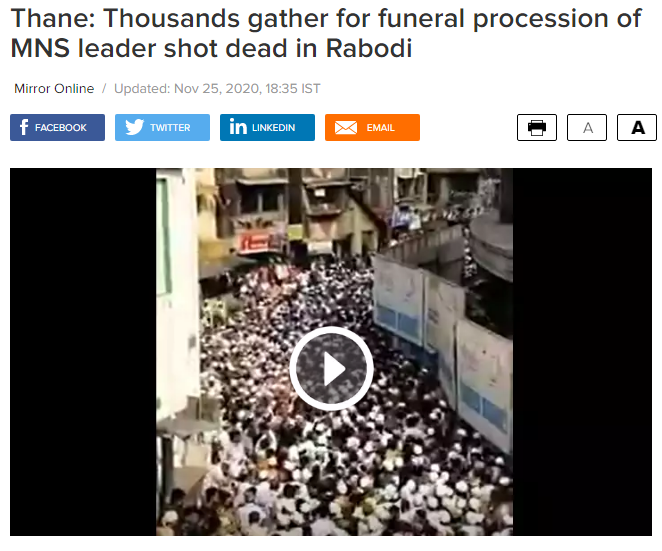 We also found a clear picture of the funeral in the same news article by Mumbai Mirror. 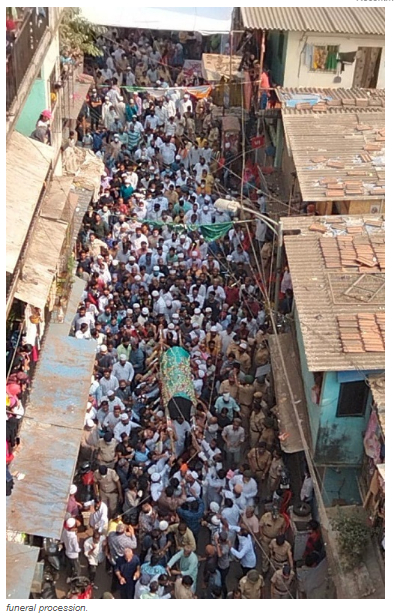 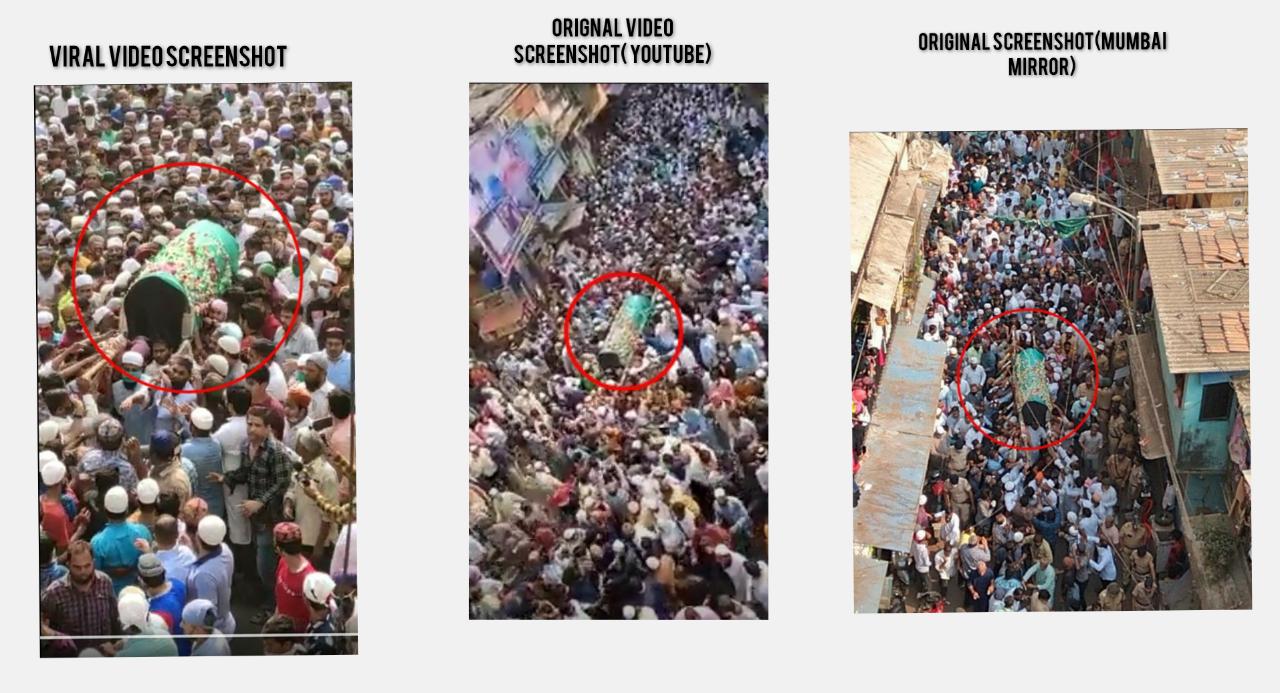 For further confirmation, we also searched for reports pertaining to Ahmed Patel’s funeral and found a news report in Ahmedabad Mirror dated November 26, 2020. It is also claimed that the funeral took place in Gujarat. 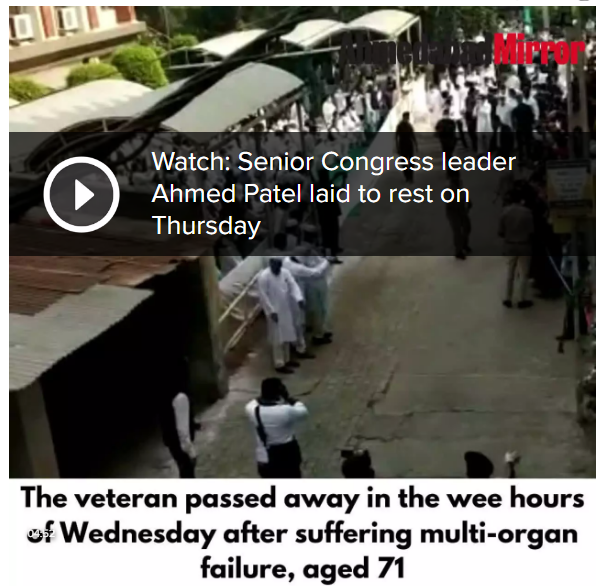 Moreover, we also found a video report of the funeral on YouTube as well.

We then compared the pictures of the two funerals – of Jameel Shaikh and that of Ahmed Patel. 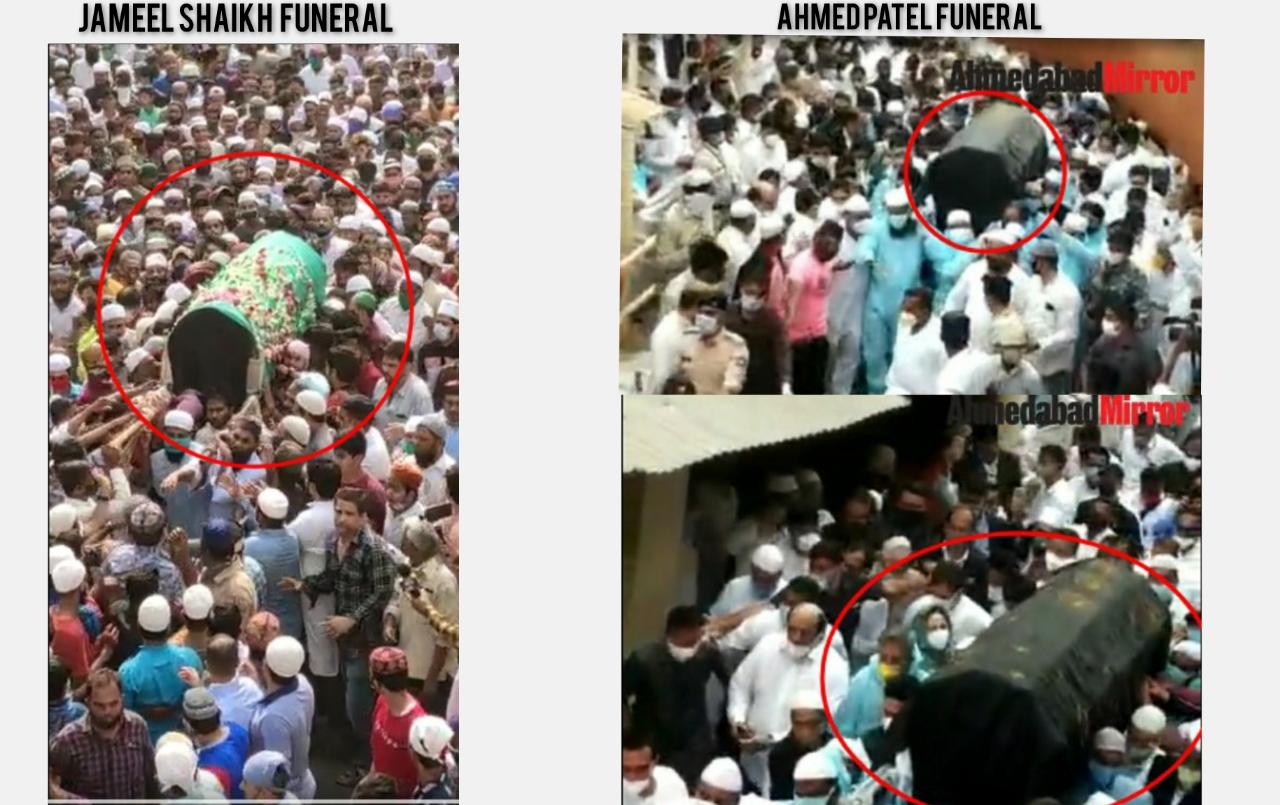