Home NM FACT CHECKER Fact Check: This picture is NOT of Joe Biden apologising to George... 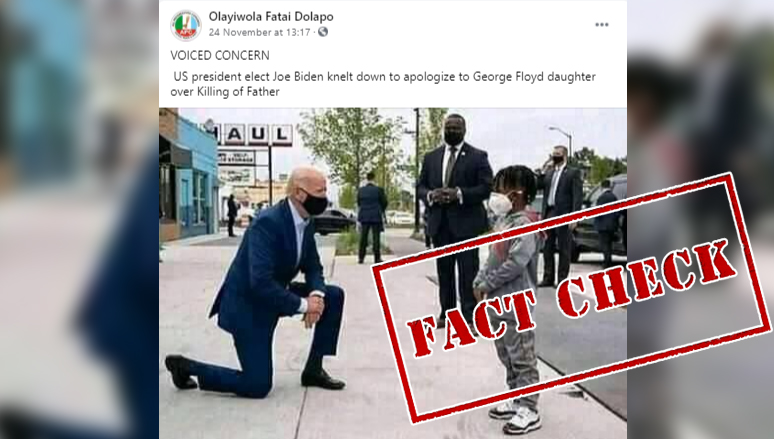 A picture of US President-elect Joe Biden kneeling in front of a child is being shared on social media with a claim that the picture was taken when he publicly apologized to George Floyd’s daughter.

George Floyd was an African American man who was killed in police custody in Minneapolis, leading to widespread protests across the United States earlier this year.

“VOICED CONCERN US president elect Joe Biden knelt down to apologize to George Floyd daughter over Killing of Father, ” the post read. 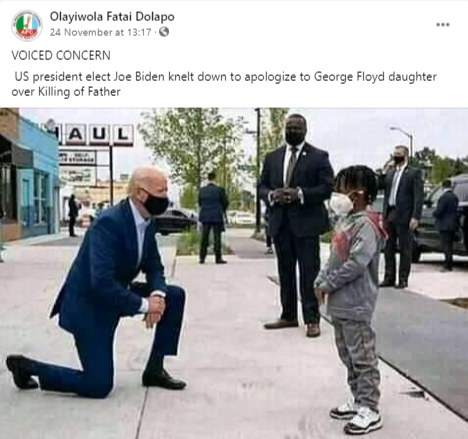 A simple Reverse Image Search of the picture led us to the same picture uploaded by Joe Biden on his official Instagram account on November 15, 2020.

The picture was geotagged to Detroit, Michigan. 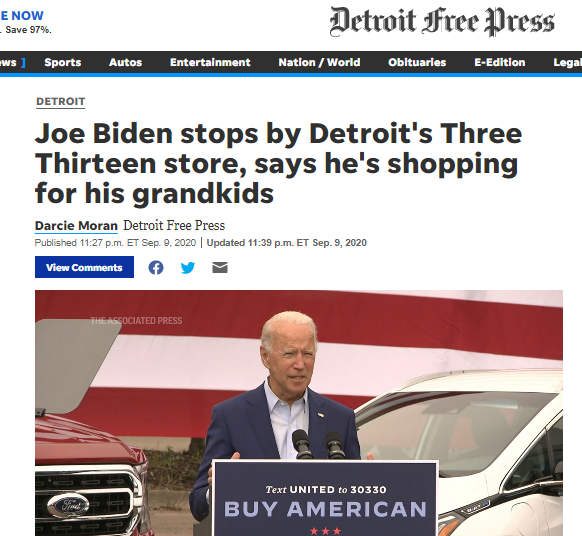 The article also featured various other pictures of Biden with the child. One of the pictures was captioned, “Democratic presidential nominee Joe Biden shops at Three Thirteen, an apparel store on the city’s Avenue of Fashion, with the help of the owner’s son CJ Brown September 09, 2020 in Detroit, Michigan. Chip Somodevilla Getty Images.” 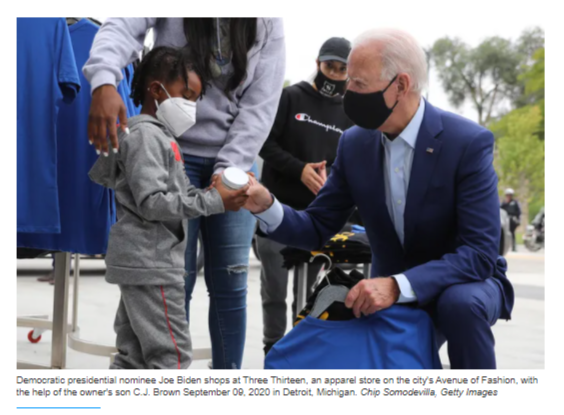 As per the above article, the boy in the picture is CJ Brown, son of the shop owner in Detroit, Michigan.

We then ran another Reverse Image  Search, along with the keyword search and found the original image on the website of Reuters.

As per Reuters description, the picture was clicked by Leah Millis, so we scanned through her social media accounts to look for some more information.

“The photograph I took is from September 9 in Detroit. Biden is greeting young CJ Brown as Biden makes a brief stop at “Three Thirteen” clothing store to buy a few items for his grandchildren during a campaign visit to the area,” she tweeted. 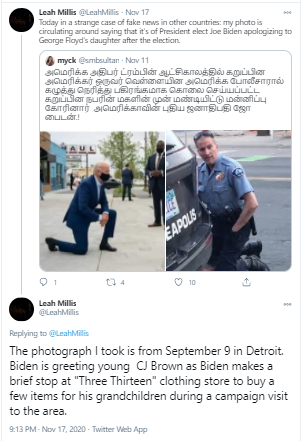 Hence, from the above information, it is clear that the post in question is false and misleading.