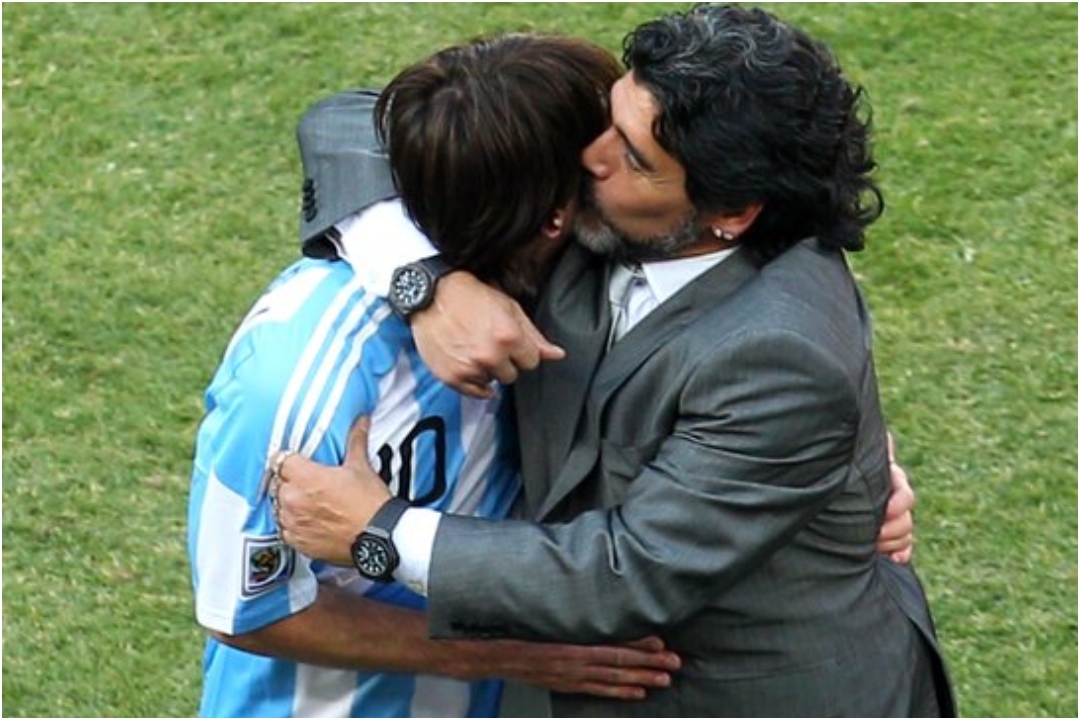 He was a legend, he was the hand of God. He was Diego Maradona which is why tributes poured in from across the world for the Argentinian footballer. Lionel Messi left a heart wrenching message for his 60 year old fellow footballer who died of a cardiac arrest on Wednesday.

"He leaves us but he isn't going anywhere, because Diego is eternal.” ❤️ pic.twitter.com/ccTABxApH3

“Diego Maradona was a maestro of football, who enjoyed global popularity. Throughout his career, he gave us some of the best sporting moments on the football field. His untimely demise has saddened us all. May his soul rest in peace.” Read a tweet by Prime Minister Narendra Modi.

Diego Maradona was a maestro of football, who enjoyed global popularity. Throughout his career, he gave us some of the best sporting moments on the football field. His untimely demise has saddened us all. May his soul rest in peace.

From the world of sports, BCCI President Sourav Ganguly spoke about the time he met the legend during his visit to Kolkata.

My hero no more ..my mad genius rest in peace ..I watched football for you.. pic.twitter.com/JhqFffD2vr

RIP Diego Maradona. He changed the way the beautiful game of football is played. True genius.

Rest in peace, legend! A big loss to the world of sport. Farewell, Maradona. pic.twitter.com/YqmqEJOE2M

Thanks a ton for the joy and exhilarating moments you gave us during your playing days. One man who made the ball meditate on his feet. Probably the greatest to have ever graced the game of Football. God bless your soul #Maradona pic.twitter.com/aAmn49NZ91

The man has left us. His magic, madness and legend never will. #Maradona pic.twitter.com/gQ2pYpfts7

Here is the famous ‘Hand of God’ moment in the 1986 FIFA World Cup that propelled Maradona into a legendary status with one of the best goal in World Cup history. Maradona single handedly won the World Cup for Argentina. The rest of his team mates would have struggled to earn a place in major clubs, forget countries.