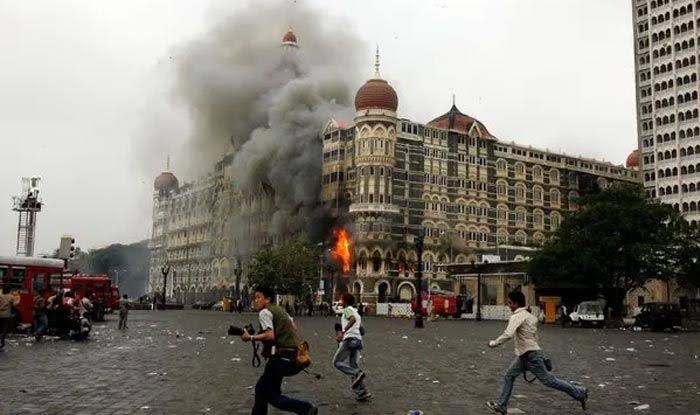 Two Members of European Parliament (MEPs) have written to Prime Minister Narendra Modi to express their support for India’s respect for democratic constitutional responsibility and to reinforce their backing for a common goal to address extremism and terrorism.

In a letter to PM Modi on November 24, French Member of the European Parliament Thierry Mariani and Italian Member of the European Parliament Gianna Gancia extended their condolences on 12th anniversary of Mumbai terror attacks and said while Pakistan has tried to deny its links with terrorist organisations, it remains a “global threat”, according to EU Chronicle. The MEPs said that they have called for the European Union to impose sanctions on the Islamic Republic of Pakistan and on individuals; terrorists, and those supporting and promoting terrorist activities, and to condemn state-sponsored terrorism.

“As the Republic of India, the largest democracy in the world, celebrates Samvidhan Divas on the 26 November 2020, we send our congratulations to the country for maintaining peace, democratic values and freedoms and for upholding the Constitution of India established in 1949. We remember on this day the 130th birth anniversary of the immensely respected B.R.Ambedkar and the role he played in establishing the constitution,” the letter stated.

“The Republic of India is still young, whilst India herself is steeped in history and culture. With its diversity of states, cultures and religions, India is a beacon for the democratic and free world. India must be recognised for her dedication towards advocating and encouraging the principles of freedoms and rights under its constitution, one which treats all citizens equally. India must also be acknowledged for having maintained peace in the country and the region, as well as for its principles of non-alignment which have ensured its independence,” it added.

“Within our work, we have continually raised questions to the Vice- President of the Commission / High Representative of the Union for Foreign Affairs and Security Policy, Josep Borrell, in an attempt to comprehend and enhance the European Union’s activities to prevent terrorism. Specifically, we have challenged the European Commission on its continual support for Pakistan, especially in regards the financing of terrorism by the Islamic Republic of Pakistan and its listing on the Financial Action Task Force grey watchlist which contravenes EU guidelines for assistance,” it added.

The letter said whilst Pakistan has tried to deny its links with terrorist organisations, the evidence, including United States intelligence reports, the origin of the attackers and Pakistan’s former Prime Minister Nawaz Sharif’s admission of the country’s involvement, all demonstrate, without doubt, that the Islamic Republic of Pakistan remains a global threat.
“Furthermore, as parliamentarians, we have called for the European Union to impose sanctions on the Islamic Republic of Pakistan and on individuals; terrorists, and those supporting and promoting terrorist activities; and to condemn state-sponsored terrorism,” the letter added.

Addressing visa and passport fraud, as well as illegal migration, are challenges that both India and the European countries face in preventing terrorism emanating from third countries.

On November 26, 2008, ten terrorists trained by the Pakistan-based terrorist organisation Lashkar-e-Tayyiba (LeT) carried out a series of coordinated attacks against multiple targets in Mumbai including the Taj Mahal hotel, the Oberoi hotel, the Leopold Cafe, the Nariman (Chabad) House, and the Chhatrapati Shivaji Terminus train station, killing 166 people.
In these gruesome attacks, nine terrorists were killed and the lone survivor, Ajmal Amir Kasab, was caught and was sentenced to death at Yerwada Central Jail in Pune in 2012. On November 11, 2012, Kasab was hanged in Yerawada Jail in Pune.

Pakistani authorities continue to deny culpability and yet to take action on the multiple dossiers shared by India. A trial underway in a Pakistani anti-terrorism court against seven suspects has made little headway in more than a decade, as Pakistani officials serially question the sufficiency and legitimacy of evidence against them.

ALSO READ: Lest We Forget: 12 Years After 26/11 Mumbai Attacks, Pakistan Continues To Live in Denial