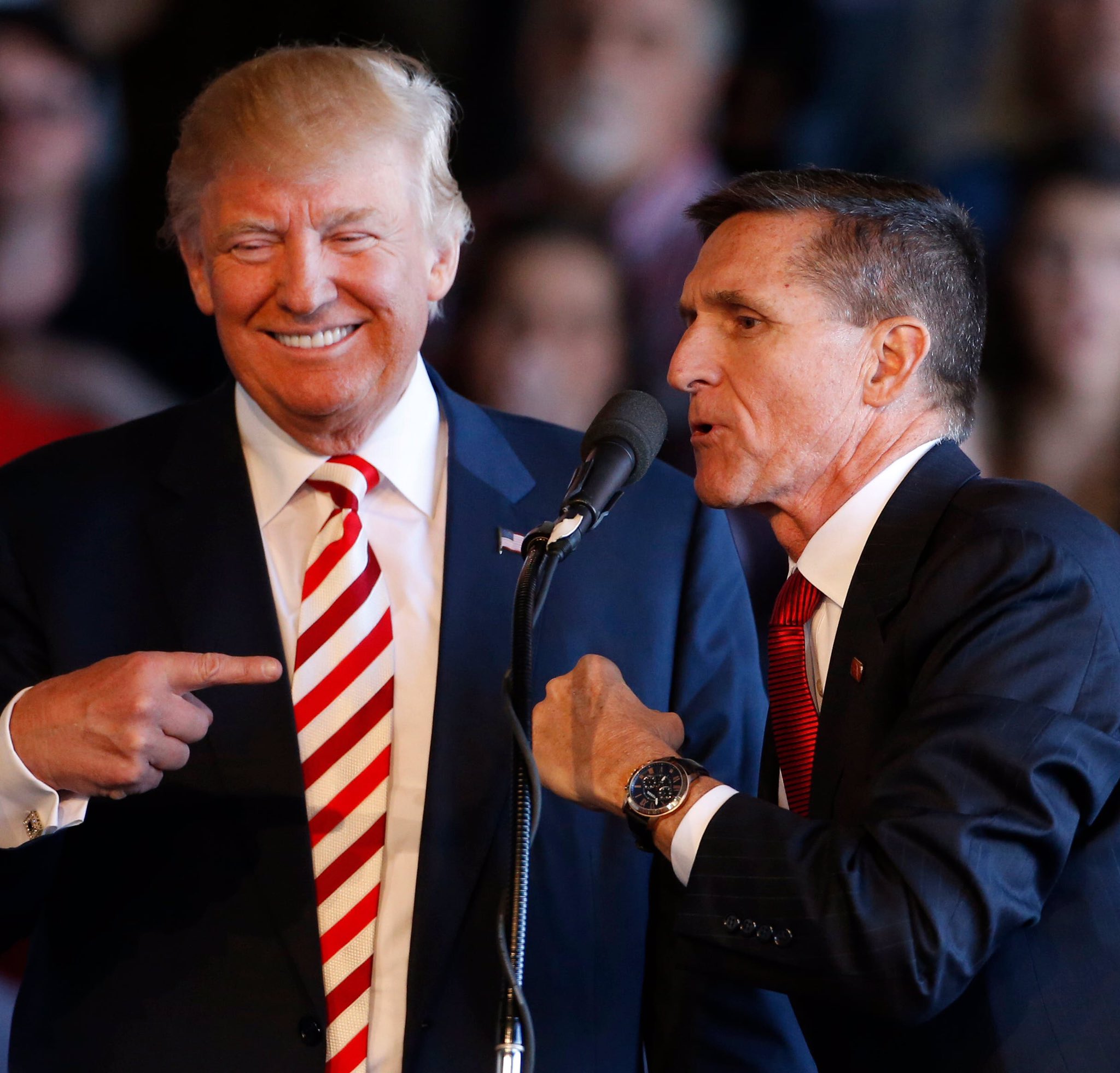 US President Donald Trump granted “full pardon” to his former National Security Adviser (NSA) and former Army officer Michael Flynn who had pleaded guilty to lying to FBI during the investigation into alleged Russian interference in the 2016 presidential polls.

“It is my Great Honor to announce that General Michael T. Flynn has been granted a Full Pardon. Congratulations to @GenFlynn and his wonderful family, I know you will now have a truly fantastic Thanksgiving!” Trump wrote on Twitter.

The Flynn case has been among the most talked about scandals and sagas of Trump’s tenure as President and Attorney General William Barr’s leadership of the Justice Department since 2017.

Flynn’s had lied to the FBI days into the new administration and those were about his transition-time contacts with Russia which paved the way for improved bilateral relations to an extent. Russia came under spotlight ever since the fact that it had meddled in US presidential polls became public.

Flynn had served as President Trump’s first NSA but was fired in early 2017 after only 24 days as a massive row had erupted over the former general’s contacts with then Russian Ambassador Sergei Kislyak. Russia however had denied any meddling on its part.

The White House said Trump decided to grant the pardon because he believes Flynn “should never have been prosecuted.” 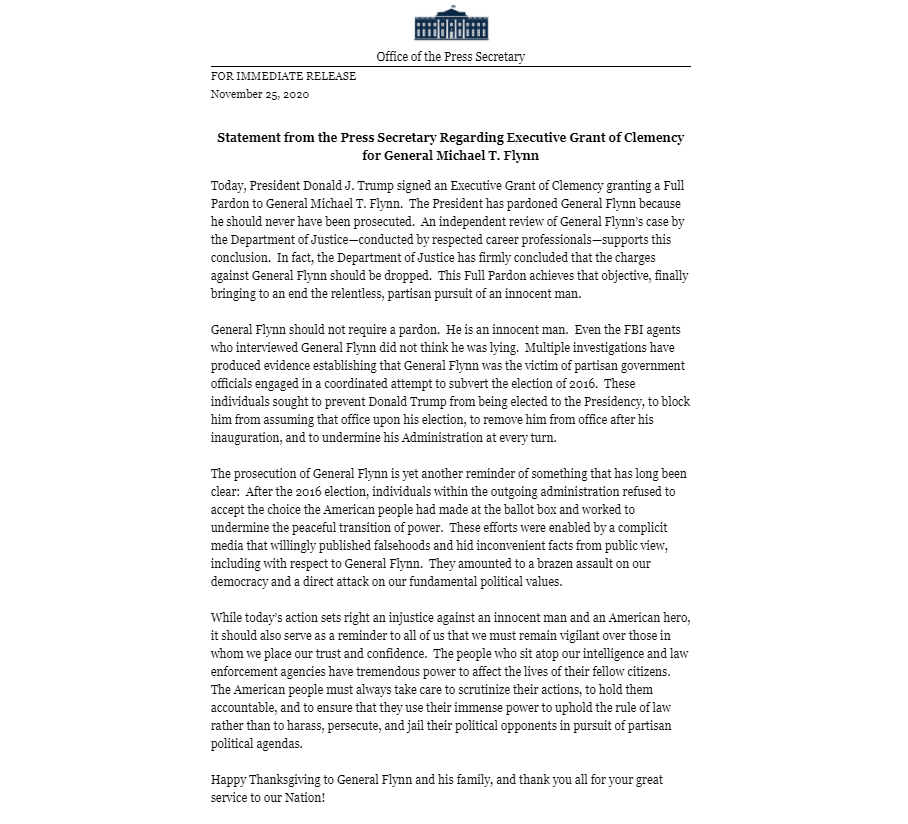 “An independent review of General Flynn’s case by the Department of Justice—conducted by respected career professionals—supports this conclusion. In fact, the Department of Justice has firmly concluded that the charges against General Flynn should be dropped. This Full Pardon achieves that objective, finally bringing to an end the relentless, partisan pursuit of an innocent man,” the White House said.