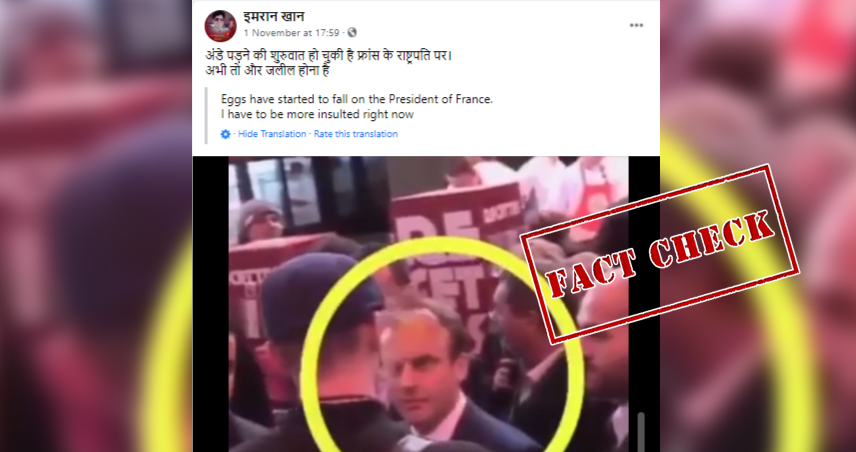 A video of French President Emmanuel Macron being hit by an egg, is being shared on social media. The post is being shared in the backdrop of his recent remarks on caricatures of Prophet Mohammad.

On October 16, 2020, a history teacher, Samuel Paty, was beheaded outside his school near a Paris suburb for showing caricatures of Prophet Mohammad to his students.

However, defending the reprinting of caricatures, President Macron said that France would never renounce its right to caricature, which led to huge anti-France protests in many countries.

(Translation: Eggs are being thrown at President of France. More insult is coming his way now.) 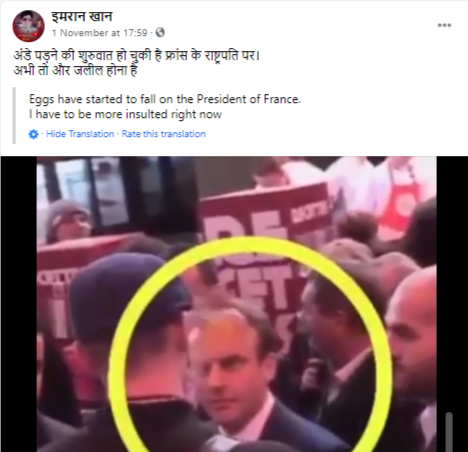 We ran a keyword search on YouTube to look for similar videos and found the same video on YouTube dated March 2017.

Based on the above information, we then ran a keyword search and found that the incident was reported by multiple media houses in 2017, including ETV Telangana and French weekly news magazine, L’Express.
The same incident was also covered by Russian media outlet Ruptly on March 1, 2017. 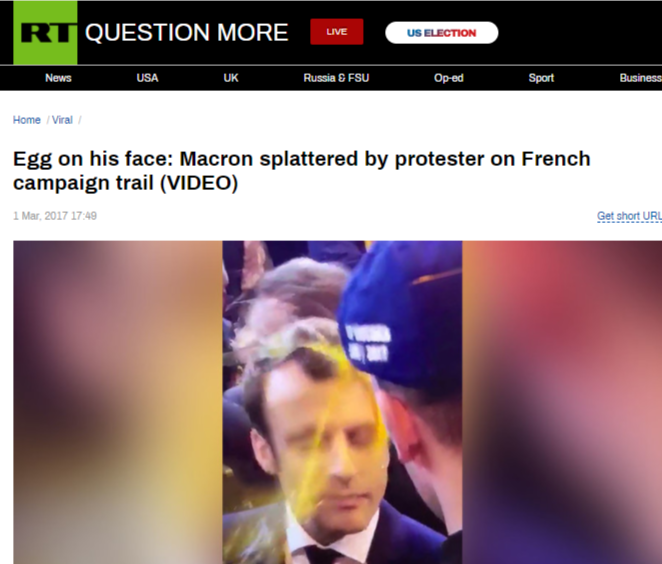 The same was also published in an article by the Express in 2017. 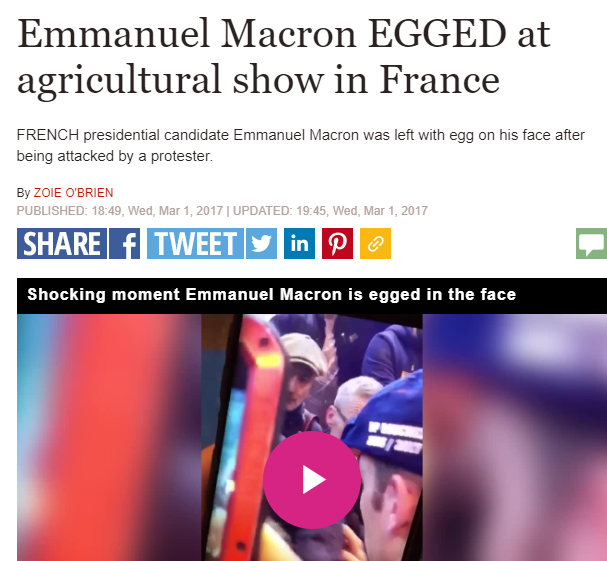 According to the report, the incident happened when Macron had come to attend the Salon International de l’Agriculture event.
Hence, from the above information, it is clear that the video in circulation is OLD and is not related to President Macron’s recent remark.