Fact Check: Is this the actual footage of freedom fighter Veer Savarkar in prison? Here’s the truth | Newsmobile
Wednesday, August 17, 2022

A video of a man in a prison is being shared on social media with a claim that it is the real footage of freedom fighter Vinayak Damodar Savarkar, also known as ‘Veer’ Savarkar.

(Translation: A British journalist went to Andaman’s jail and made this rare footage of ‘Veer Savarkar’. The BBC also showed it on its channel … in which Veer Savarkar was imprisoned in a small cell. The torture was endured by Veer Savarkar for the freedom of the country …. not for his own selfish reasons, family or money. Vande Mataram.) 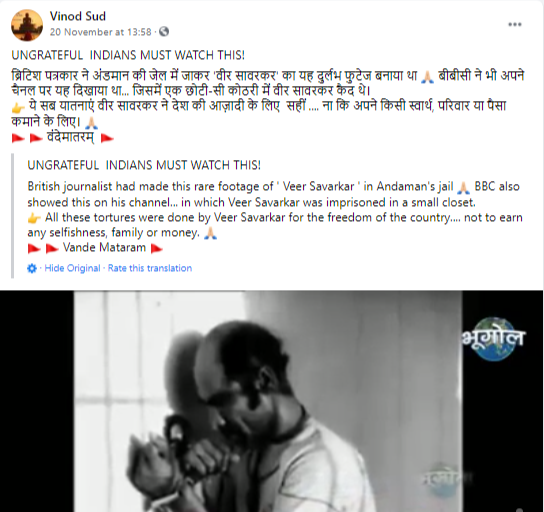 NewsMobile fact-checked the post and found the claim to misleading.

While scanning through Facebook posts, we found that the same post was shared by many users earlier this year also.

We then ran a keyword search using relevant keywords and found several videos in the search result. 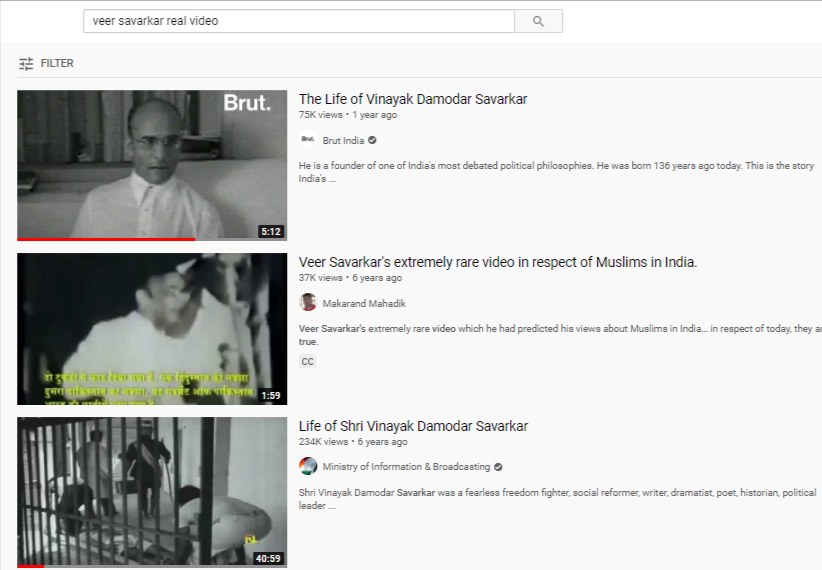 We then carefully analysed the videos and found the same viral clip in a film by the Ministry of Information and Broadcasting. The film uploaded in 2014, was titled, “Life of Shri Vinayak Damodar Savarkar.”

We then ran a keyword search which led us to the website of the Film Division. As per the website, it’s a biographical film on Veer Savarkar made by Prem Vaidya in 1983. 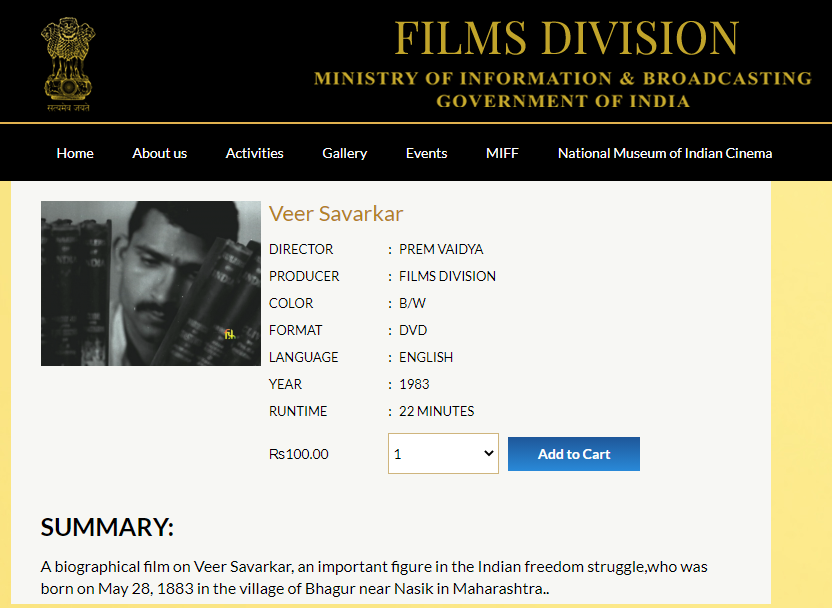 Incidentally, Vinayak Damodar Savarkar passed away on February 26, 1966, 17 years before the movie was made.

Hence, from the above information, it is clear that the video is part of a film on Savarkar and NOT an actual footage.