A video of people firing gunshots in the air is being shared on social media with a claim that the video is of Rajput community members celebrating Diwali after firecrackers were banned in Rajasthan recently owing to increased pollution levels.

(Translation: Ashok Gehlot’s Congress government banned crackers on Diwali in Rajasthan. Then what, Rajputs there celebrated Diwali in their own style. Hail Rajputana) 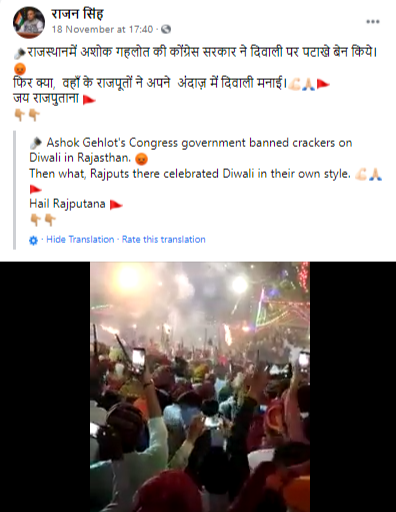 Another post can be seen here, here and here.

We extracted keyframes from the video and ran them through Reverse Image Search. The search led us to a very similar video on Facebook from April 2017. The video was captioned, “At jamrabij menar,”

Not just that, a similar video was uploaded by a different user in 2018 too.

So based on the above search result, we ran another Reverse Image Search along with keyword ‘Jamrabij’ and found the same viral video uploaded on YouTube on March 12, 2020, titled, ‘Jamrabij menar menaria 2020.’ 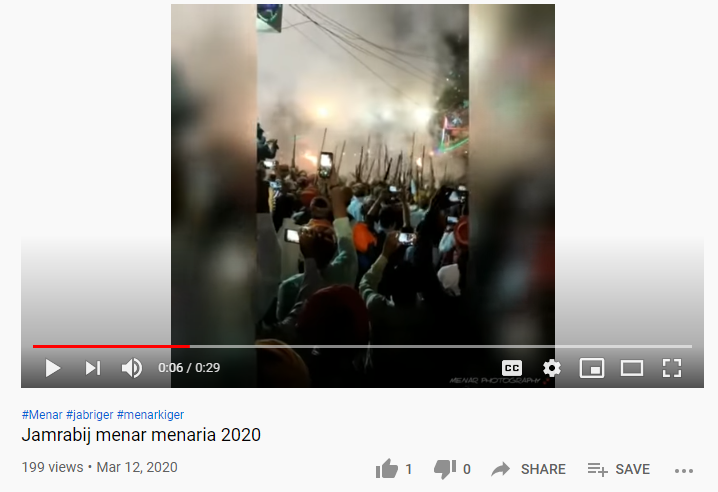 We then ran a keyword search and found multiple media reports published about ‘Jamra Beej’ festival celebrated in Menar village near Udaipur in Rajasthan during Holi. According to reports, this 400-year-old tradition is popularly known as ‘Barood ki Holi’.

A news report by News18 and Udaipur News published on March 12, 2020, also mentioned that ‘Jamra Beej’ festival is celebrated by people of Menariya community on the day following Holi.

Hence, from the above fact check, it is clear that the video that is being circulated is an old one and is in no way an example of violation of recent firecracker ban in Rajasthan.