A video of a fire is doing the rounds on social media with a claim that the video is from Mangalore in Karnataka where 24 people died after 10 cylinders exploded in a sweet shop.

(Translation: Breaking news.. #Mangalore.. 10 gas cylinder exploded in a sweet shop in Rodki.. 24 people died.. and 30 to 40 people injured… May Allah have mercy) 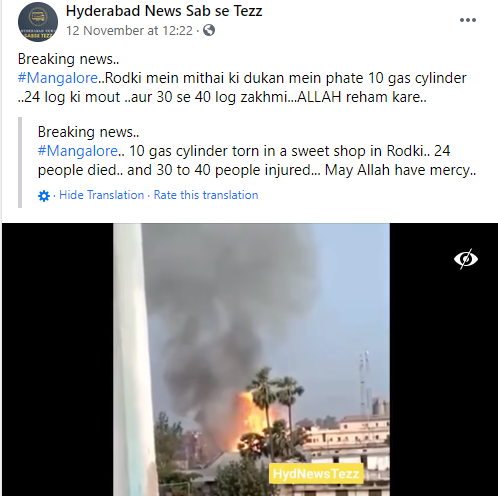 While analysing the video carefully, we realised that the viral video has two different clips. The first one is of a fire and the second clip shows some injured people.

We then extracted keyframes of both the clips in the viral video and put them through Reverse Image Search.

Here’s what we found:

The Reverse Image Search led us to the same video which was uploaded on YouTube in 2018. According to the video title, the incident took place in Patna in Bihar in 2018. 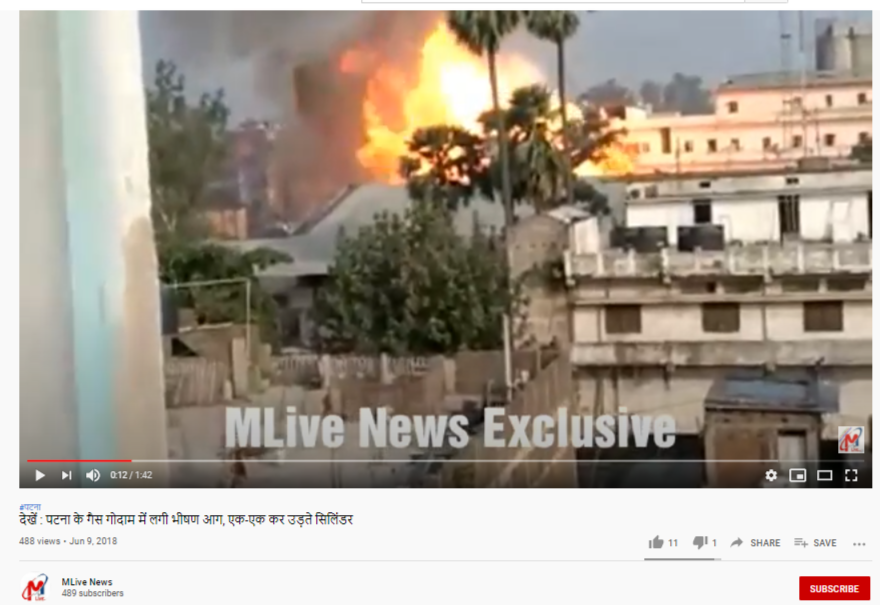 The video was shared by many other users in 2018 also. The videos can be seen here and here.

Based on the above information, we then ran a keyword search and found a report by News18 Bihar Jharkhand from 2018.

According to the report, the incident took place in a warehouse of gas cylinders, near the Malslami Police Station area check post in Patna.

The same incident was also covered by India Today in 2018.

This proves that the first clip, of the fire and the explosion, is from Patna in 2018.

An extensive search on the keyframes of the video along with several keywords led us to a report by ABP Ganga dated November 8, 2020. In the report, we saw the same building which was visible in the viral video. 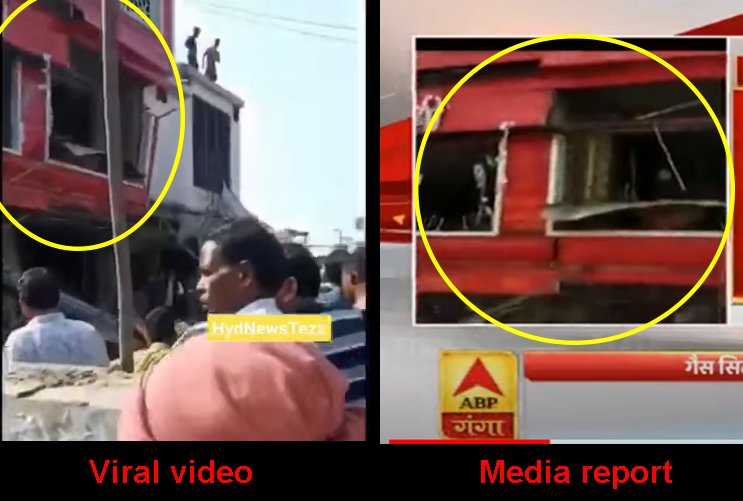 According to the ABP Ganga report, a gas cylinder explosion at a sweet shop in Manglaur (8-10 km from Roorkee) in Uttarakhand left 21 people injured.

We then ran a keyword search and found a report by TOI dated November 8, 2020, stating that the explosion took place at about 1 pm in the basement of Shree Balaji Sweets situated in a busy market of Manglaur. However, the report mentioned that at least 13 people were injured. 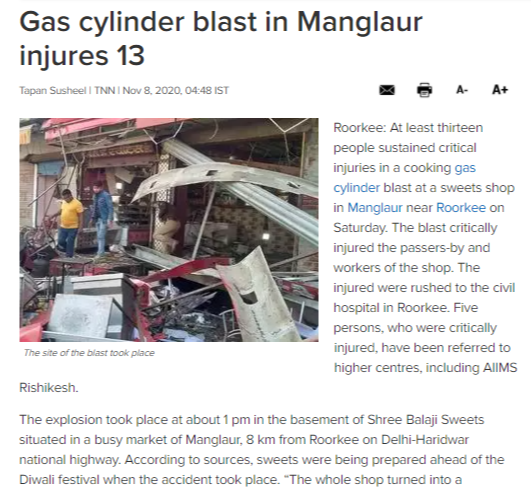 This proves that the second clip is of a gas explosion in a sweet shop.

Here’s what we concluded from the above fact check:

Hence, we can conclude that the post in question is misleading.