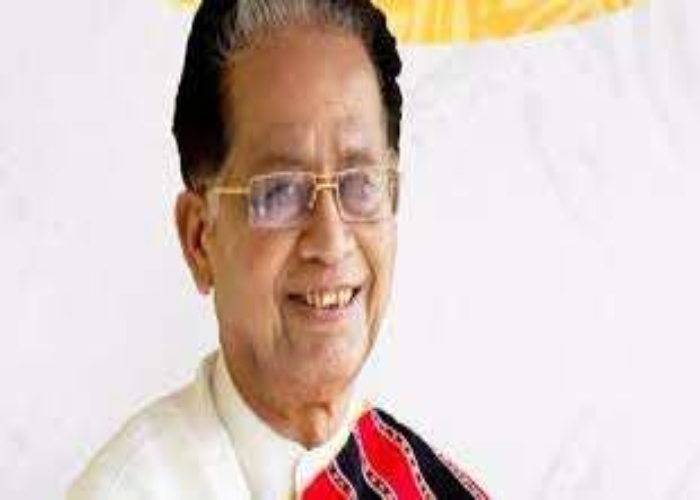 A popular leader with a grounded style of governance, Tarun Gogoi was the longest-serving Chief Minister of Assam who steered the state through difficult times and pushed it firmly on the path of development.

Gogoi made his way up in the Congress party from the grassroots, holding several organisational posts and getting elected six times to the Lok Sabha before being elected as the Chief Minister in 2001. He led the party to a record three consecutive electoral victories in Assam, completing fifteen years as chief minister in 2016.
He was picked by Indira Gandhi to lead the Youth Congress of Assam in 1971. From 1991 to 1993, he was the Union Minister of State (Independent Charge) for Food and Union Minister of State (Independent Charge) for Food Processing Industry from 1993 to 1995.

He steered Assam, which faces many challenges and is ridden with complexities, through difficult times and sought to bring about a turnaround in the situation. When he inherited the state, development was severely impacted due to insurgency and killings and the state’s coffers were in shambles with state government employees agitated over pending salaries.

He provided stable governance, increased tax revenue, boosted agriculture and fostered economic growth. Several extremist outfits were brought to the negotiating table and the level of violence in the state has drastically come down over the years.

Gogoi worked towards positively changing the mindset of the youth. He sought to create employment opportunities and filled lakhs of government vacancies.

Also Read: War On COVID-19 Far From Over

A loyalist of the Nehru-Gandi family, he used his political experience to plan the development of Assam. Ten of his fifteen years as Chief Minister coincided with the Congress-led United Progressive Alliance government at the Centre.

Gogoi understood the pulse of people and took decisions accordingly. Affable, approachable and simple, Gogoi was keen that Congress remains the dominant political force in the state and is not dependent on other community-based groups.

Gogoi’s last term in office saw dissidence and Himanta Biswa Sarma left the party to join the BJP. Gogoi was defeated in 2016 elections with BJP-led alliance securing victory and the party installing its first Chief Minister in the state.

The octogenarian leader started his political journey as an elected representative as a member of Jorhat Municipal Board in 1968.

He was first elected to Lok Sabha in 1971 and represented Jorhat and Kaliabor in the Lower House of parliament. Having earlier served as AICC joint secretary, he was appointed All India Congress Committee general secretary in 1985. He was president of Assam Congress from 1986-90 and was reappointed to the post in 1996.

He was politically active till he contracted Covid-19 and had also released a public message for the people of Assam earlier this month.

Congress leaders paid glowing tributes to Tarun Gogoi with party leader Rahul Gandhi stating that the former Assam Chief Minister was a true Congress leader who devoted his life to bringing all the people and communities of Assam together.

Gandhi said for him, Tarun Gogoi was “a great and wise teacher” and he loved and respected him deeply.