Ahead of upcoming West Bengal assembly polls scheduled for 2021, a screenshot of a tweet from official Twitter handle of BJP is being shared on social media. As per the tweet, BJP and AIMIM have formed an alliance for the upcoming elections.

“We have formed alliance with AIMIM in upcoming WB elections,” the tweet attributed to BJP read.

The first clue was that the tweet mentioned BJP’s national Twitter handle (@BJP4India). However, all important messages/announcements regarding a particular state are often made by the Twitter handles of respective state units of BJP. (@BJP4Bengal).

The second thing we noticed was that in the viral tweet, the alphabets of the Twitter handle are in small whereas the official BJP handle has ‘BJP’ and ‘I’ in caps.

We then noticed the time and date on the viral screenshot and scanned through the official Twitter handle of BJP. However, we found that only three tweets were done between 1-2 PM on November 20 and none of them resembled the above tweet. The tweets can be seen here, here and here.

We then compared the viral tweet to the desktop, Tweetdeck and Mobile version of one of the tweets from the official verified handle and found that the alignment of the viral screengrab was different. 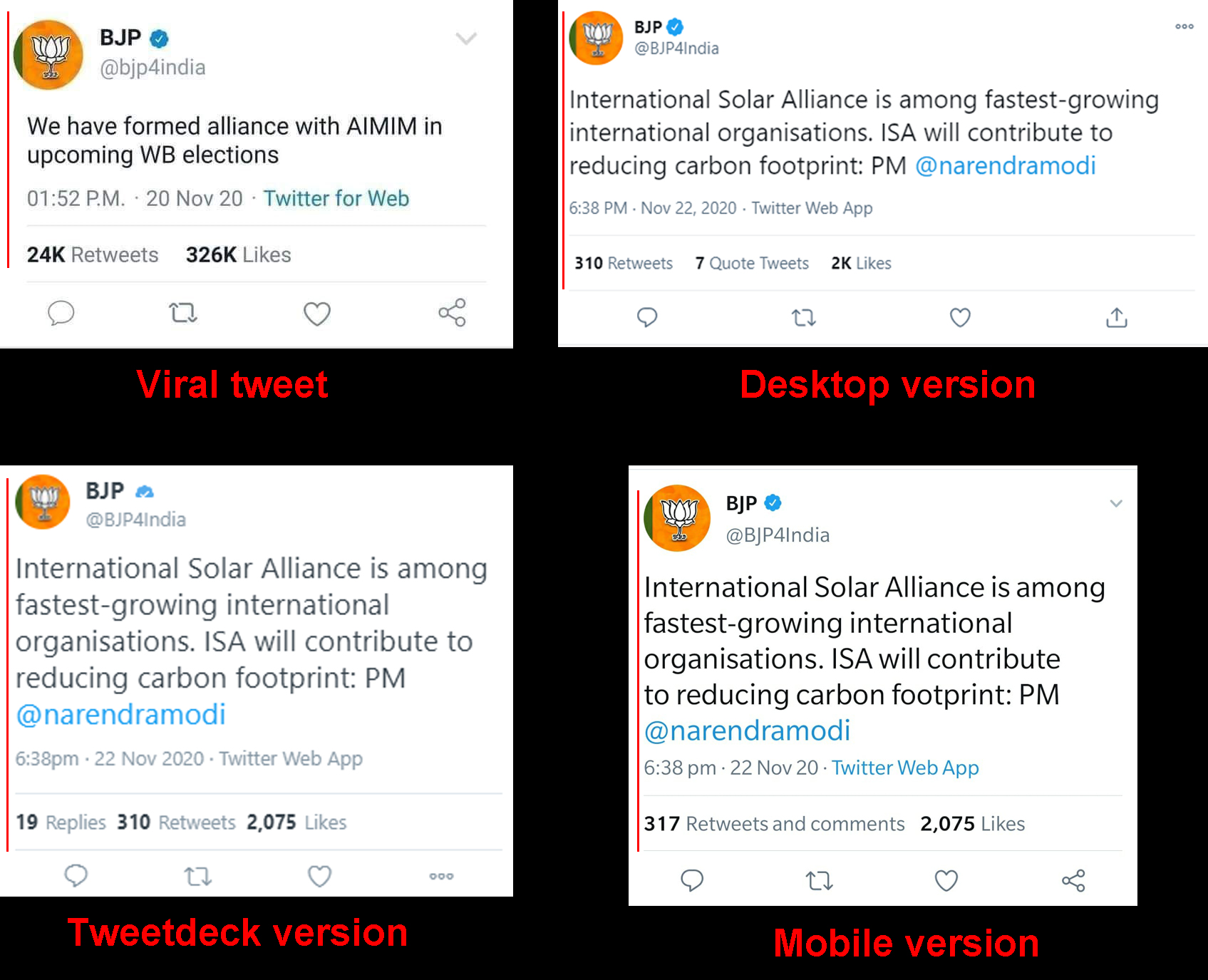 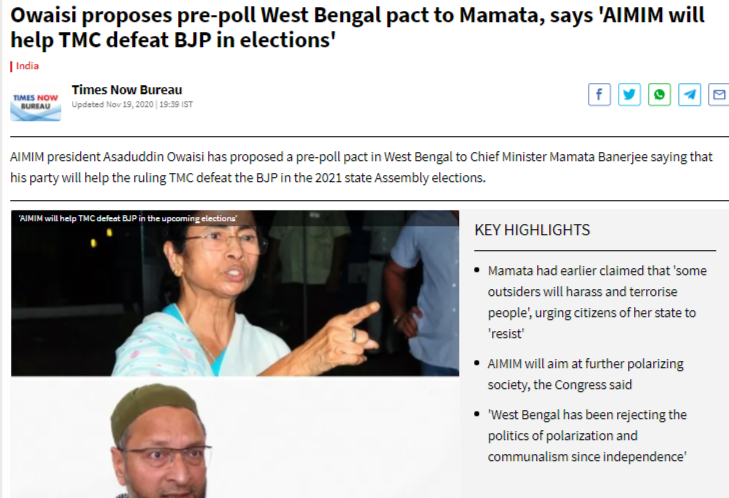 A similar report was also published by DNA.

Hence, from the above information, it is clear that the viral tweet is false and fake.