A video is doing rounds on social media in which police personnel can be seen charging at a group of people at a metro station. The caption claims that the video is from Paris where a man was arrested for spitting on other passengers.

“In Paris Muslims without masks in Metro spit on the other passengers. See what police did with them,” the post read. 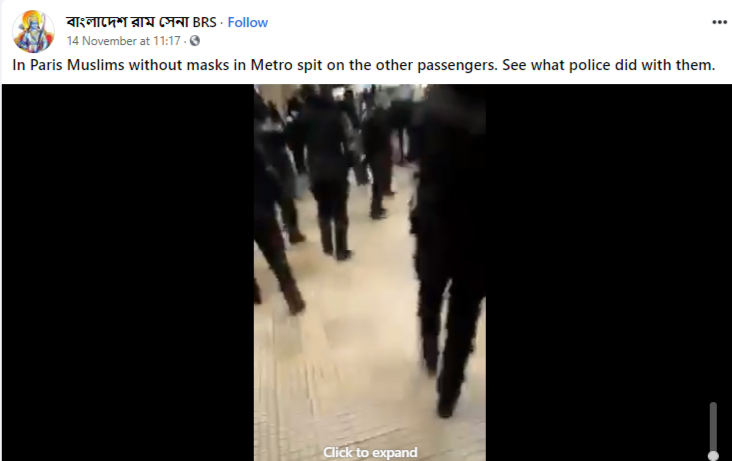 We extracted keyframes of the video and put them through Reverse Image Search. The search led us to the same post on Reddit posted on October 2, 2020.

According to the post caption, the video is of a scuffle between Romanian riot police and football supporters. 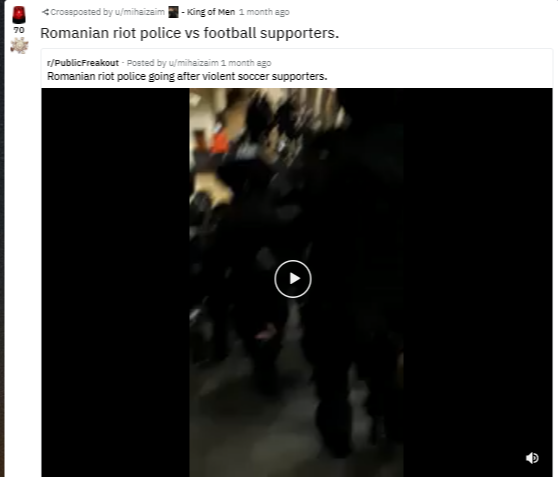 We then ran a keyword search based on the above video and found a different video of the same incident on YouTube dated October 2, 2020.

“Romania 02.10.2020: Clashes between hooligans and police in Bucharest” the video title read.

Another keyword search led us to multiple reports by Romanian media on the same incident.

According to the report, the incident on the video is of the clashes between police and football fans that took place at Stefan cel Mare metro station in Bucharest. 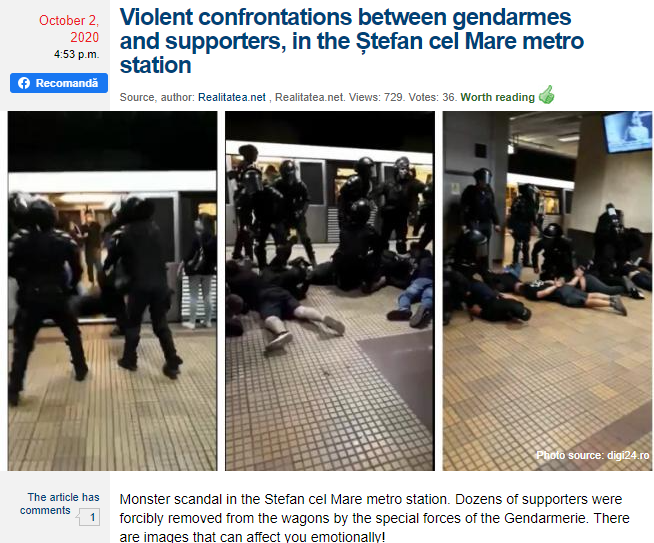 More reports of the same incident can be seen here, here and here.

Hence, from the above information, it is clear that the video is from Romania and is being shared with a false claim.