Four Indian soldiers were recently killed in ceasefire violations by Pakistan in sectors along the Line of Control (LoC) between Gurez and Uri in Jammu and Kashmir.

Amid this, a picture of coffins was shared on Facebook on November 15, 2020, claiming that on November 14, 2020, 28 Indian soldiers were killed by Pakistan at the LoC in Kashmir.

On putting the picture through Google Reverse Image Search, we found the same picture in a news article on  India Spend dated April 14, 2015, with the picture description stating that the picture is of June 2010.

The picture description read, “Central Reserve Police Force personnel paying their last respects to colleagues who died in a Maoist attack in Raipur, Chhattisgarh in June 2010” 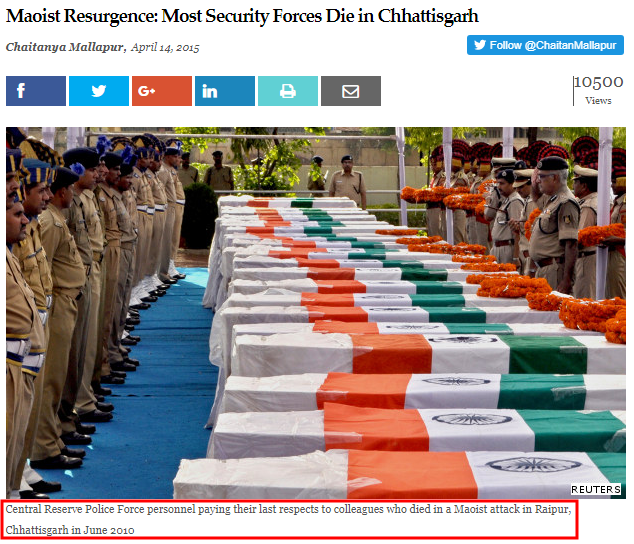 On digging further, we also found the same picture in another news article in Huffington Post dated January 13, 2017, claiming that these are the coffins is of policemen who died in a Maoist attack, in Raipur, Chhattisgarh on June 30, 2010.

The picture description read, “Central Reserve Police Force (CRPF) personnel pay their last respects near the coffins of policemen who died in a Maoist attack, in Raipur, capital of the eastern Indian state of Chhattisgarh June 30, 2010.” 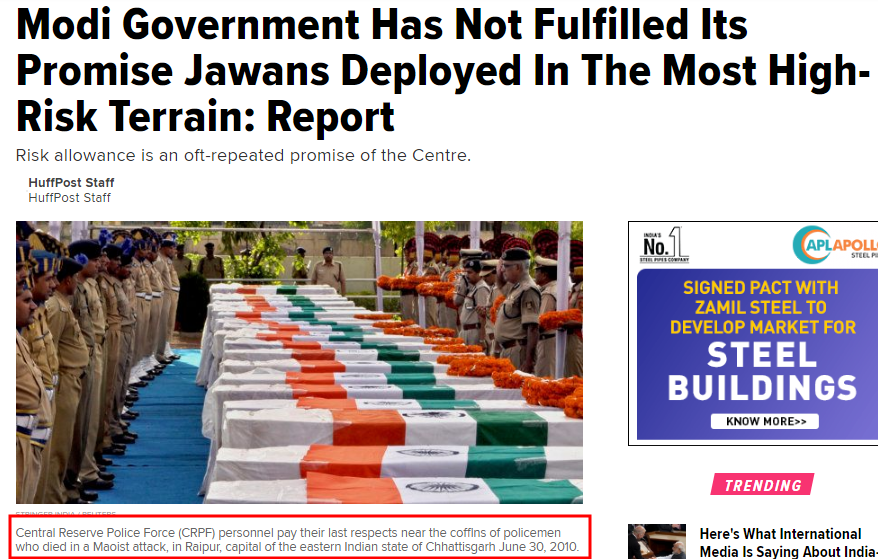 A small summary about Maoist reign of terror in Chhattisgarh was found on SSPC also.

Moreover, detailed discussion regarding the Maoist attack on CRPF personnel at Dantewada district of Chhattisgarh can be read on the website of Indian Kanoon. 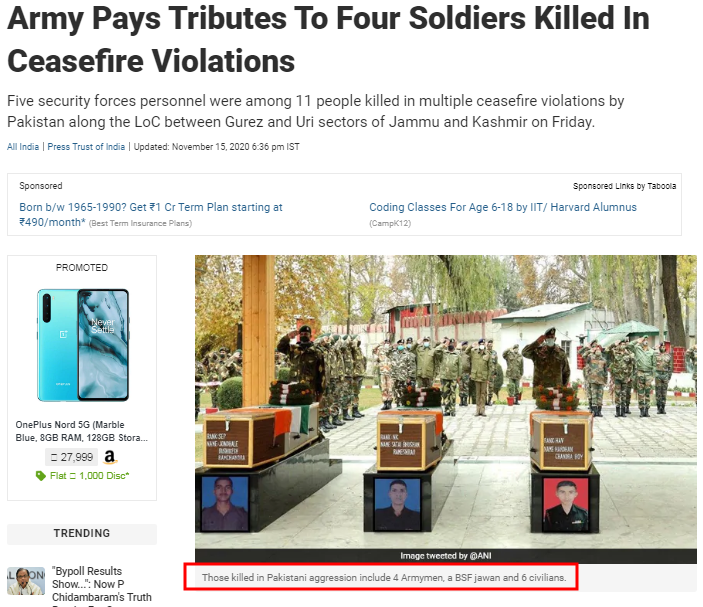 Hence, we can say that the old picture of coffins is falsely shared as a recent one. Don’t fall for false and misleading claims.