Fact Check: No, this picture of man with EVMs is NOT from Bihar; Here’s the truth | Newsmobile
Monday, September 26, 2022

Home NM FACT CHECKER Fact Check: No, this picture of man with EVMs is NOT from...
ShareTweetGoogleWhatsappPrint
Mail

A  Facebook post of a man with EVM machines is doing rounds all over social media claiming that it is from Bihar. The post also claimed that the man in the picture is stealing EVMs.

(Translation: EVM will be investigated, will Nitish go to jail?
The youth and the Bihar want to know where he’s taking the EVM.
Modi commission is a thief. #Recounting_Bihar_Election) 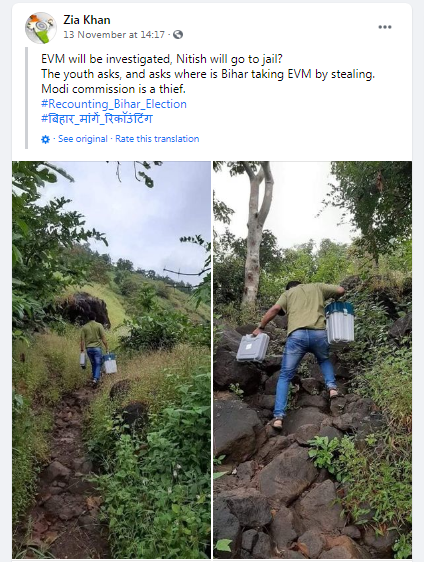 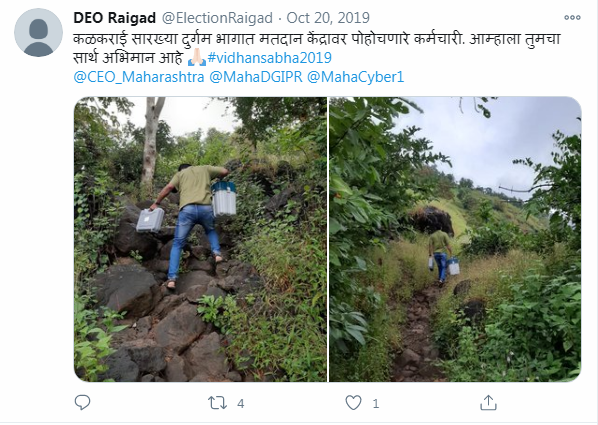 Moreover, we found another tweet from District Information Office, Raigad, dated October 20, 2019, claiming that Maharashtra is proud of staff members who reached remote areas like Kalkarai.

On digging further, we also found the same picture on Facebook by Collector Raigad dated October 20, 2019, claiming that the picture is from Maharashtra. 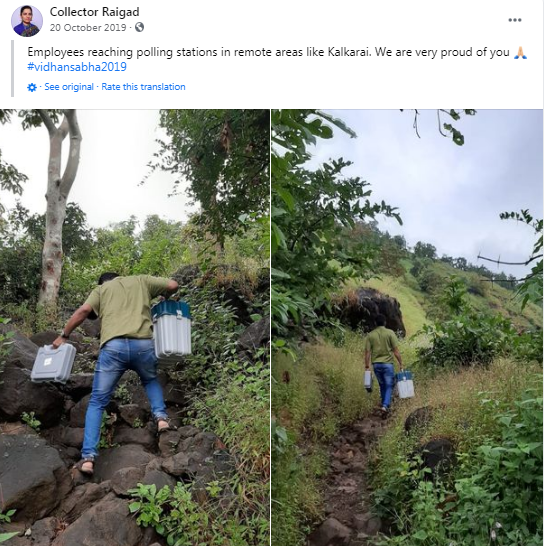 Hence, this proves that the picture of 2019 from Maharashtra has been falsely shared as a recent one from Bihar. Don’t fall for false and misleading claims.