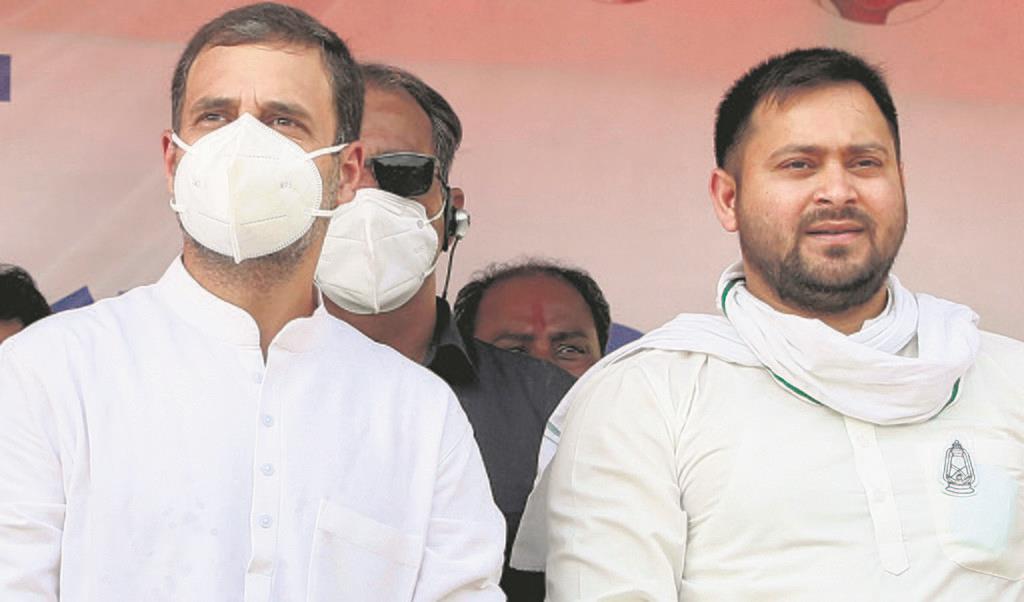 After abysmal performance in the recently concluded Bihar polls, ties between Bihar allies RJD and Congress took a turn for the worse. RJD leader Shivanand Tiwari hit out against the top leadership of the Congress party. He also blamed Congress for the debacle in the polls.

Shivanand Tiwari said, “Congress became a shackle for Mahagathbandhan. They had fielded 70 candidates but didn’t hold even 70 public rallies. Rahul Gandhi came for three days, Priyanka didn’t come, those who were unfamiliar with Bihar came to woo the voters. Elections were in full swing here and Rahul Gandhi was having a picnic at Priyanka ji’s house in Shimla. Is the party run like that?”

“Is the party run like that? Allegations can be leveled that the manner in which Congress party is being run, it is benefitting BJP… Prime Minister is older than Rahul Gandhi and did more rallies than him. Why did he do only three rallies? This shows party leadership was not serious about the Bihar election. Earlier there was news that even Priyanka Gandhi would visit Bihar, but it did not happen either,” he added.

Congress was earlier questioned for its inactive behavior before the polls. On one side, RJD leader Tejashwi Yadav was busy addressing a slew of rallies, while on the other hand, Rahul and the company were barely holding public meetings in the state. Overall, BJP star campaigners held more rallies than Congress.

Congress leader Tariq Anwar also admitted that his party’s dismal performance had prevented the Opposition alliance — Mahagathbandhan — from unseating the National Democratic Alliance (NDA) government in Bihar and forming a government in the state.