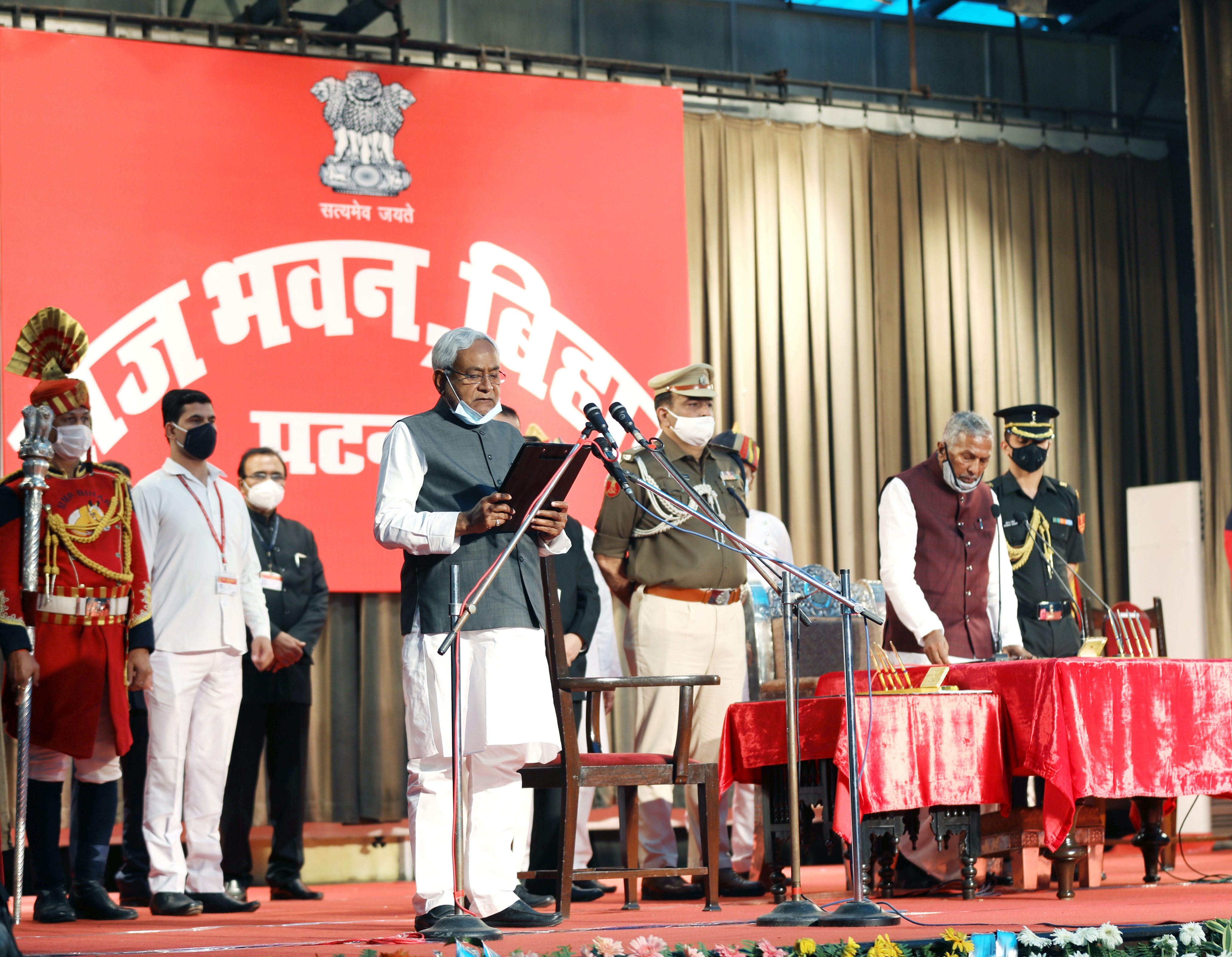 Along with him, BJP leaders Tarkishore Prasad and Renu Devi were sworn in as Deputy Chief Ministers of Bihar. Governor Fagu Chauhan administered him the oath of office and secrecy to them.

#WATCH: #NitishKumar takes oath as the Chief Minister of Bihar for the seventh time – his fourth consecutive term.@NitishKumar pic.twitter.com/f5EnuRSM6o

Also Read: As Nitish Kumar Gets Set To Become Bihar’s CM For Seventh Time, A Look Back At His Political Career

Incidentally, Katihar MLA – BJP’s Tarkishore Prasad – took over as Deputy Chief Minister in place of Sushil Kumar Modi, who held the post during his previous term. BJP had maintained from the beginning of the election campaign that Nitish Kumar would be the NDA government’s chief ministerial candidate in the state.

In the Bihar Legislative Assembly with 243 seats, the JD (U) managed to win only 43 seats, while 8 seats were won by two other NDA parties. The BJP won 74 seats and helped the NDA win a majority of 125 seats in the assembly. While the RJD (RJD) emerged as the single largest party with 75 seats, the Congress won only 19 seats out of 70.