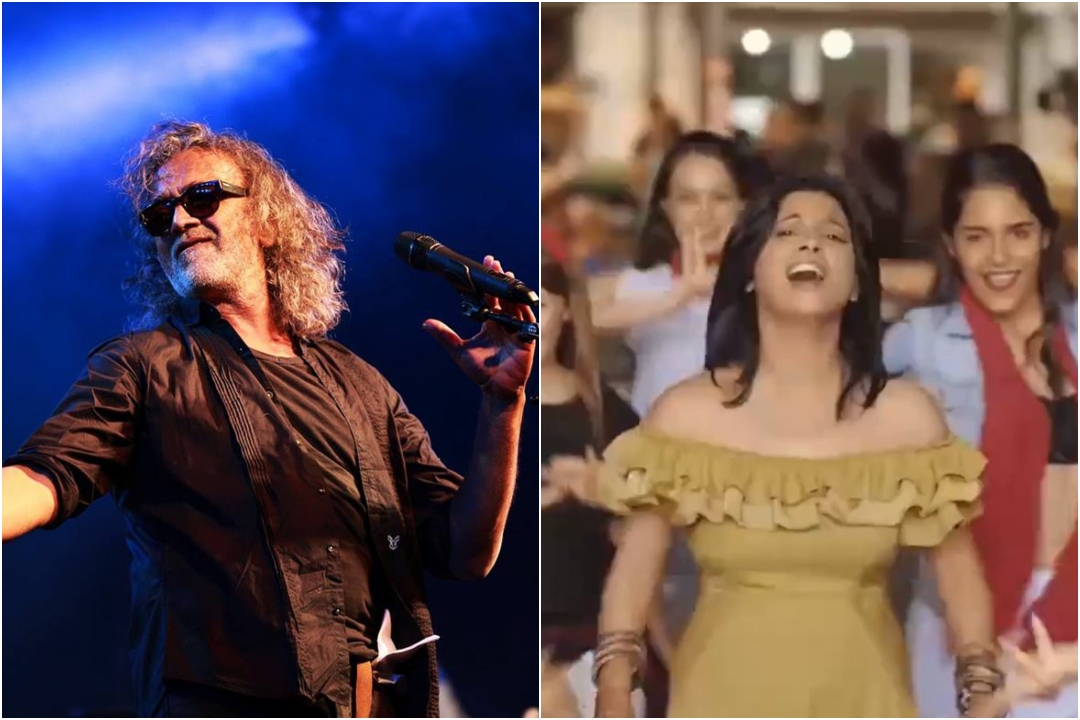 In a special virtual meet to celebrate the festival of Diwali, through music and food, singers Lucky Ali and Liora Itzhak from India and Israel respectively, offered a treat to viewers.

The meeting via Zoom between the singers was organised by the Israeli embassy in India on Thursday. Deputy Israeli Ambassador to India, Rony Yedidia Clein opened the meet between two musicians who symbolise the special connection between Israel and India, according to a statement by the embassy.

Did you miss our #Diwali special yesterday? Don’t worry, we’ve got you covered! You can watch it again & enjoy the conversation, music and songs of singers Liora Itzhak & Lucky Ali. #HappyDiwali #Diwali2020

Israeli singer of Indian origin Liora Itzhak gave a virtual tour of a market in Ramla city in central Isreal. The guided tour included Itzhak providing a glimpse of the fruits in the market and also drawing a comparison between the variety of fruits available in India with fruits and vegetables that are typically found in Israel.

Throughout the tour, she was seen hopping to different food joints, and grocery stores stocked with Indian spices before finally visiting a synagogue of Indian immigrants in Israel.

Ali elaborated about how he fell in love with Israel during his visit to the country in the year 2017.

He talked about how he became good friends with renowned Israeli singer Eliezer Butzer and decided to collaborate with him for a song that later became a collaboration for an entire album.

“In 2017 I had good pleasure of meeting with a very prominent musician from your country, Eliezer Butzer. We planned to do one song together and then that one song became a second song, then the third song and then we completed an album together. We released the first song in November 2019,” Ali said.

“With Eli Azhar and the whole of musicians that came down to India, it was amazing. Then I went to Israel and we recorded a song there, we worked with local musicians out there. It was very beautiful and very enriching to work in an environment that was away from Bollywood,” he added.

The video of Ali and Butzer’s song ‘On My Way’ was played during the meeting.

“It was very beautiful, very touching, like it was for the soul, I felt like that,” Itzhak said after watching the video of the song.

Besides ‘On My Way,’ Itzhak’s famous Israeli song ‘Mala Mala’ was also played during the meeting, following which Ali invited her to join him and his friend Butzer for jamming sessions whenever he visits Israel.

Talking about his musical friendship with the Israeli musician, Ali said,

“The whole album is very special. Eli is a very talented, very sensitive artist. It was very special to work with him and we got along pretty well.”

The spectacular Diwali celebrations between the two nations ended with Itzhak meeting a renowned Indian origin restauranter and Ambassador of Indian Food in Israel, Rina Pushkarna at her Tel Aviv based restaurant ‘Tandoori.’

During the meet, Pushkarma who had opened the traditional Indian style restaurant in Tel Aviv 40 years ago talked about how Israelis are being drawn to Indian cuisine.

“I do not believe in the fusion of flavours, I always try to bring out the authentic Indian flavours out. Though my restaurants serve both North Indian and South Indian food items, Israelis are more inclined towards the North-Indian food. Half of my menu is tandoori which is grilled food,” the owner of ‘Tandoori’ said.

“When you go towards any other cuisine there aren’t many options for vegetarian food other than salads but with Indian cuisine, there are a lot of options to try out. A lot of Israelis are liking the traditional Indian Thalis because they are like a complete meal with dessert and rice, naans, and vegetables,” she added.

The meeting at the restaurant ended with both the Indian origin Israelis raising their glasses of traditional Punjabi drink Lassis with a plate of scrumptious Gulab Jamun waiting for them on the table.

As the meeting ended, Deputy Israeli Ambassador to India, Rony Yedidia Clein talked about how the Indian festival of Diwali is similar to the Israeli festival of Hanukkah as both the festivals revolve around lightings, food, and sweets.

Diwali will be celebrated across India on November 14 while Hanukkah will begin from December 10 this year.

India and Israel’s diplomatic relationships though new but are growing strong with time especially with the great bond between the two leaders – Indian Prime Minister Narendra Modi and Israeli Prime Minister – Benjamin Netanyahu.

2017 saw the first-ever visit of an Indian Prime Minister to Israel. The visit was the fruition of years of cooperation in defence, security, and agriculture resulted in the broadening of the relationship.

According to the Ministry of External Affairs, the meeting saw relations in new and diverse areas of cooperation in water, space, innovation, and education, while also building upon traditional areas like agriculture.