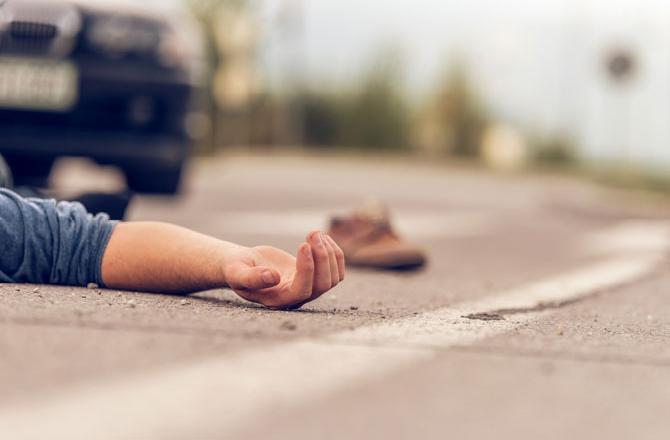 A Hyderabad man travelling with his wife on a bike, was killed after being hit by a speeding Mercedes on Friday. The incident took place at the Cyber Towers junction. As per reports, the driver of the luxury car was in a drunk state and had jumped a signal, eventually hitting the bike.

The speeding car hit the bike, killing Gautam Dev, husband of Sweta Srivani, who was travelling with him. Sweta Srivani was critically injured in the incident and was rushed to a hospital for treatment.

This tragic accident at Hyderabad’s Cyber Tower junction was caught on CCTV. A drunk man in a car rammed his vehicle into a couple on their bike. The man on the bike succumbed to his injuries on the spot and his wife is critical and battling for her life. #DontDrinkAndDrive pic.twitter.com/zKGgkFxEYk

As per the police, the driver, M Kashi Bishwanath, was found to be in a drunk state and was coming from a party hosted at a pub. Bishwanath has been charged with culpable homicide not amounting to murder section and has been taken into custody. The accused person is a software engineer by profession.

The Police added that Bishwanath was driving his friend’s car. The car’s owner is from Andhra Pradesh’s Kadapa district and is said to have a political background, as per the police.