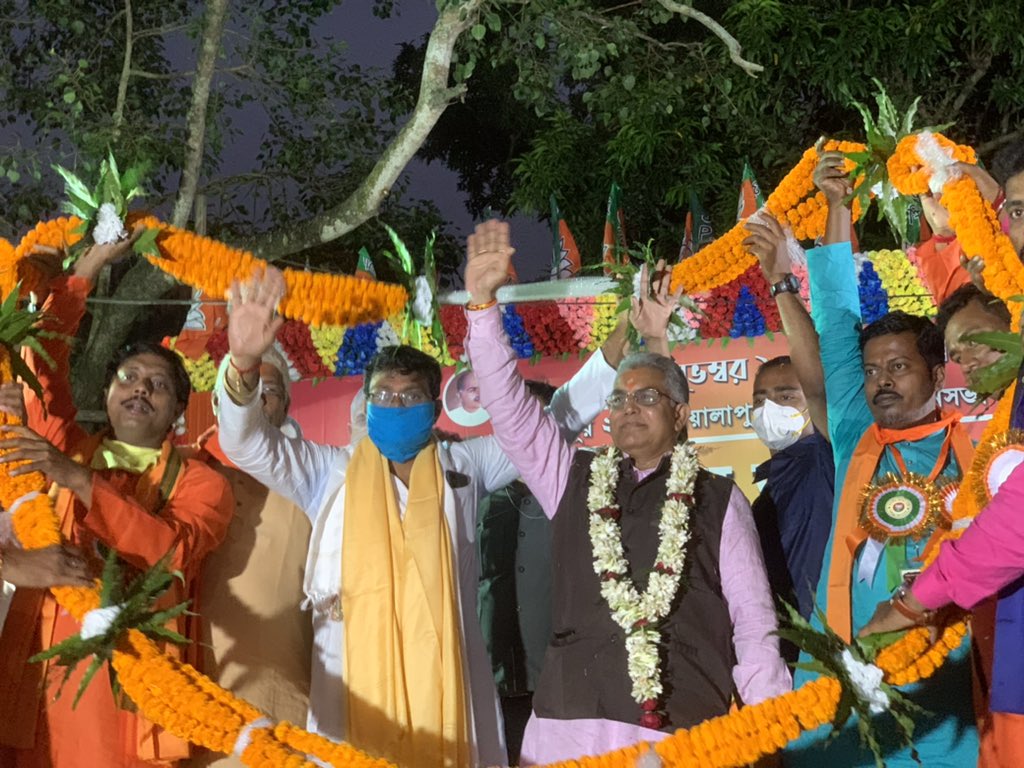 As per reports, the vehicle in which Kalchini MLA Wilson Champamari was travelling too suffered damages in the attack. It is not yet known who was behind the attack.

The State President Shri @DilipGhoshBJP was attacked again by the incorrigible TMC goons in Alipurduar! BJP cannot not be stopped by these attacks and terror shows! pic.twitter.com/p5iQExhwFX

A group of protesters also waved black flags and raised ‘Go Back’ slogans when Ghosh’s convoy was passing by.

The alleged attack on Ghosh’s convoy comes just days after he warned Trinamool Congress (TMC) supporters in West Bengal saying if they do not mend their ways, they will have to either visit a hospital with broken ribs and legs or a crematorium.

Addressing a rally in East Midnapore district’s Haldia, he had said, “The Assembly poll would not be held with the state police but in the presence of central forces. Those TMC workers, who are yet to mend their ways and are still torturing common people, should rectify themselves in the next six months. If they do not, their hands, legs and ribs will be broken and they will have to go to a hospital. If they still continue with their mischief, they will have to go to the crematorium.”

I strongly condemn the attack on Shri @DilipGhoshBJP, President of @BJP4Bengal, at Alipurduar by miscreants. The people of the state would give a befitting reply to the anarchic state govt. @BJP4Bengal would fight till the end to uproot this tyrannical rule of TMC.

Mamata Banerjee’s TMC hit out at Ghosh following his provocative speech and said Ghosh  was vitiating the political atmosphere in Bengal while trying to unleash a reign of terror in the state.