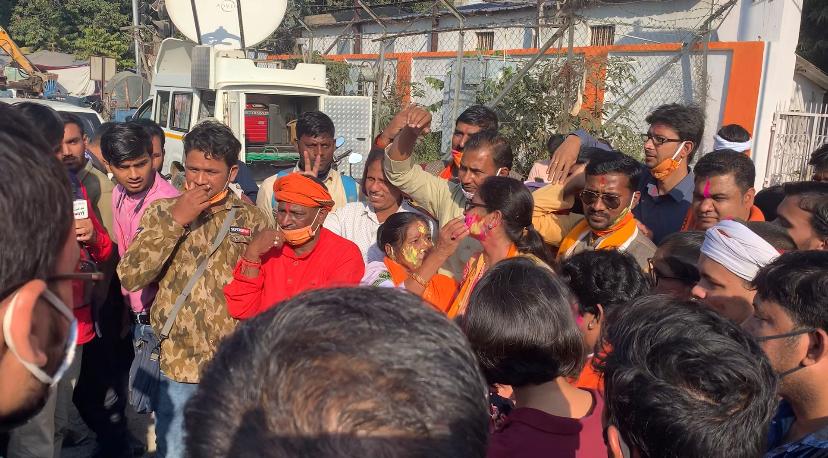 Women voters played a crucial role to decide the fate of the Nitish-led Bihar government in 2015. This time also, going by what the results show up, JD(U) – BJP combine has efficaciously made women their vote base.

Though women voters have now become a differentiator in the electoral field, the number of women candidates has shrunk to a meagre 13.5 per cent in the first phase. Only 144 women were given tickets from political parties.

The NDA thinks that the increased poll percentage of women voters went in their favor. Prime Minister Modi also fathomed the fact and thanked women and young voters for their support.

“By voting in record numbers on this occasion, the sisters and daughters of the state have proved how big is their role in creating a self-reliant Bihar. We are satisfied that NDA got the opportunity to provide self-confidence to women power in the last few years. This self-confidence will provide strength to us in the progress of the state,” PM Modi tweeted.

This was her debut in politics. She is an Arjuna awardee and a commonwealth gold medalist in shooting. She was contesting from the Jamui assembly seat. She got 79,156 votes, whereas the nearest, Vijay Prakash (RJD) got 38,147 votes. Singh has a strong political background as both her parents were members of Parliament from Banka constituency. She was fighting against RJD’s Vijay Prakash, who has criminal cases against him. 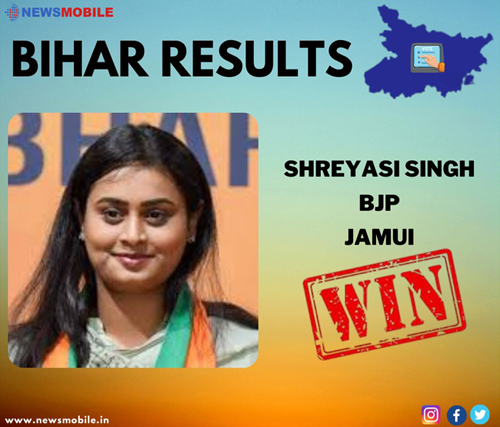 She won the Parihar assembly seat by securing 73,343 votes. Gaytri defeated RJD’s Ritu Kumar with a close margin of lesser than 2000 votes. In the 2015 Bihar Assembly elections, Gaytri Devi of BJP won this seat by defeating Ram Chandra Purve of RJD by a margin of 4,017 votes which was 2.46% of the total votes polled in the constituency. BJP had a vote share of 40.72% in 2015 in the seat.

Shalini won the election with a massive margin of 10,000 votes in the Kesaria assembly seat. She is the daughter of former lawmaker late Kamla Mishra Madhukar. Madhukar was a veteran Communist Party of India (CPI) leader who represented Kesaria and Motihari parliamentary constituencies four times. RJD was aiming to retain the Purvi Champaran seat by fielding Santosh Kushwha from the seat.

She won the Barachatti assembly seat by securing more than 70,000 votes. She got tough competition from RJD’s Samata Devi. After winning the election, Jyoti Devi went to seek blessings from former Chief Minister Jitan Ram Manjhi, who is also the party head.

“Our NDA workers continued to work on the path of hunger and thirst from morning to evening and somewhere, on foot, they made people aware. This victory has been won only because of him. Will take the opportunity to serve the state,” says Jyoti after winning the polls.

Renu Devi won the Bettiah assembly seat with whopping 84,000 votes. She is known for her women empowerment pitch. She defeated Madan Mohan Tiwari from Indian National Congress. In Bihar Assembly Election 2015, Tiwari had won the Bettiah constituency seat with a margin of 1.6% securing 66,786 votes against BJP candidate Renu Devi.