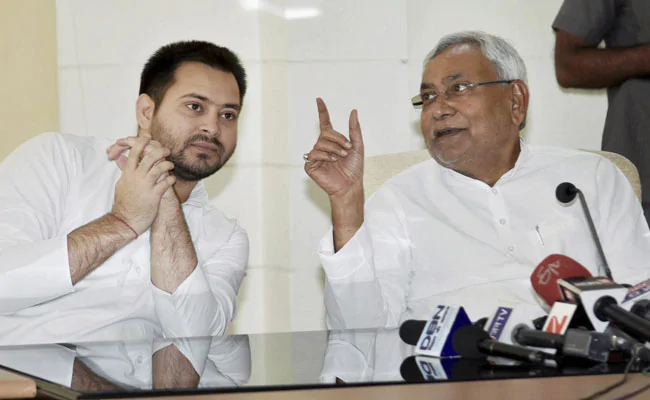 The people of Bihar gave another chance to the National Democratic Alliance, they went past the majority mark with 125 seats against the Grand alliance’s 110 seat. Though Nitish-led NDA won the polls, Mahagathbandhan gave them a fight for their life. Tejashwi-led RJD also became the largest party with 23.1 per cent of vote share in the assembly polls.

According to the Election Commission, the victory margin in 11 seats in Bihar’s 243-member Assembly was less than 1,000. The margins were narrower in seven constituencies where the difference of votes was very less, making candidates feel the electoral pressure.

The Hilsa assembly seat was nothing less than an IPL final, where a team wins the game by the barest of margins. JD(U)’s Krishnamurari Sharan aka Prem Mukhiya beat RJD’s Atri Muni aka Shakti Singh by just 12 votes. JD(U) won 61,848 seats, while the RJD polled 61,836 votes. The neck-to-neck battle also stoked controversy. The RJD alleged foul play. The party said earlier, its candidate had been declared the winner by over 500 votes. The party also took to Twitter, “the Returning Officer had declared RJD candidate Shakti Singh from Hilsa assembly constituency as the winner by 547 votes. He was told to wait for issuing the victory certificate. But then the Returning Officer receives a call from the Chief Minister’s residence and the officer suddenly says the RJD candidate has lost by 13 votes due to postal ballots being canceled.” 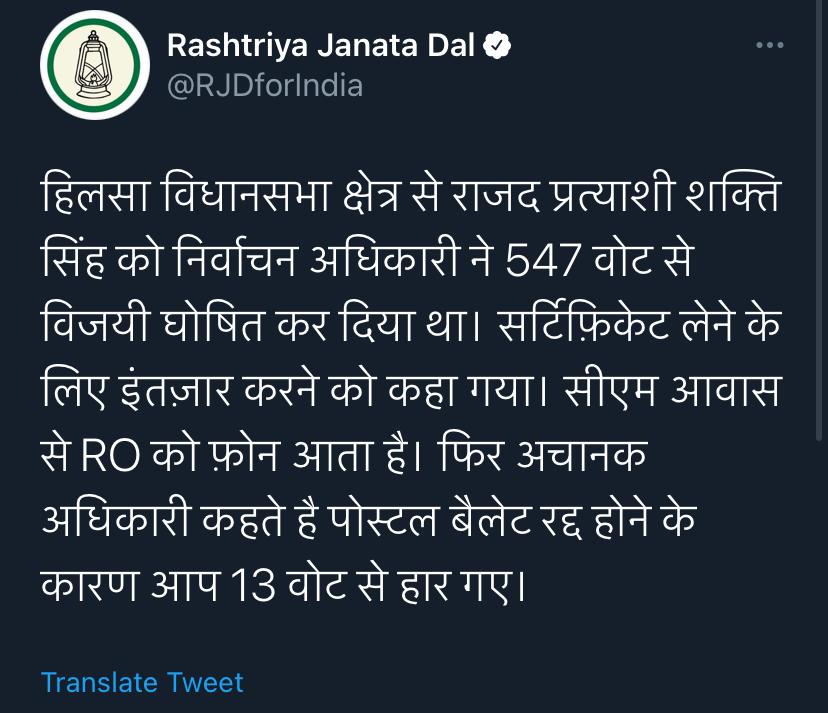 CPI registered a win over BJP with a close margin of 439 votes. Suryakant Paswan got 71,642 votes, whereas Ramshankar Paswan got only 71,203 seats. In Bihar Assembly Election 2015, RJD candidate Upendra Paswan won the Bakhri constituency seat with a margin of 27.3% securing 72632 votes against BJP candidate Ramanand Ram.